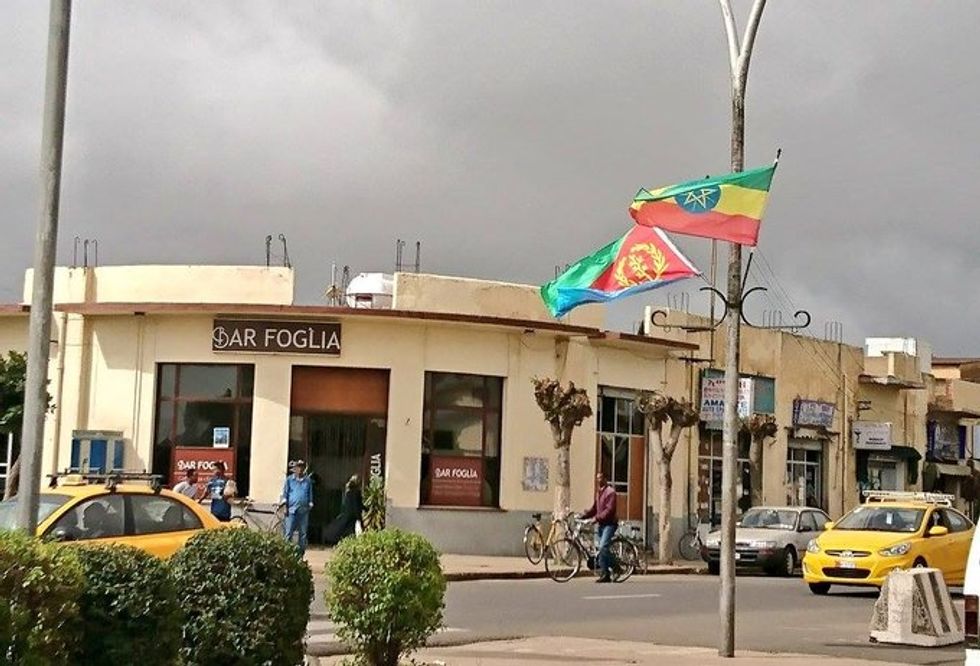 People are placing random phone calls to the other country in celebration, just because they can.

The two-decade long border conflict between Eritrea and Ethiopia came to an official end yesterday, with the signing of a peace agreement between leaders of the neighboring nations.

The long-awaited peace declaration was met with jubilation by citizens of both countries, and will lead to the normalization of diplomatic relations: trade is to be established, direct flights to be resumed, embassies in both capitals will open up, and international phone lines will be opened between the two nations.

The reopening of direct phone communication alone has been cause for celebration, it's one of the immediate changes that has occurred since the peace deal. Citizens of both countries who haven't been in touch with family members on the other side of the border, have finally been given the chance to reconnect.

A report from Reuters, tells the story of an Ethiopian mechanic, Mohammed Osman, who was able to hear his mother's voice on Tuesday morning for the first time since he was 13. His mother had been expelled from Ethiopia to Eritrea in 1998, along with over 70,000 Ethiopians of Eritrean decent, the publication reports.

"I couldn't recognize her at first but for her laughter. It was surreal," Osman told Reuters. "It was bittersweet."

Folks are elated by the news. Some are celebrating the moment by placing calls to the other country, just because they can.

Just made my night. I called Crystal hotel in #Eriteria and talked with the reception. We are very happy. #Ethiopia… https://t.co/LSWK3UGFHZ
— Frehiwot Negash (@Frehiwot Negash) 1531167252.0

Even members living in the diaspora are feeling the joy of the moment. One Ethiopian Twitter user living in Finland by the name of Henok, said he also took part in calling strangers in Eritrea as well in celebration, and recalled how the conflict had impacted his childhood. "I was ecstatic to talk to a random person from Eritrea! I lived most of my childhood with Eritrean neighbors," he told OkayAfrica. "Growing up I had friends born in Asmara who were deported during the war. The war has broken families apart, but we are basically the same people—I was thinking about those stories when I made the call. It was just joyful moment."

The reopening of phone lines is a simple, yet symbolic change marking the end of a period of discord. Many have expressed joy at the move on social media, noting how significant of a step in fostering a new relationship between the two East African countries.

For the first time in two decades, direct international telephone phone calls can be made between #Eritrea and #Ethiopia. #Huge #Historic
— Rachael Akidi (@Rachael Akidi) 1531078914.0