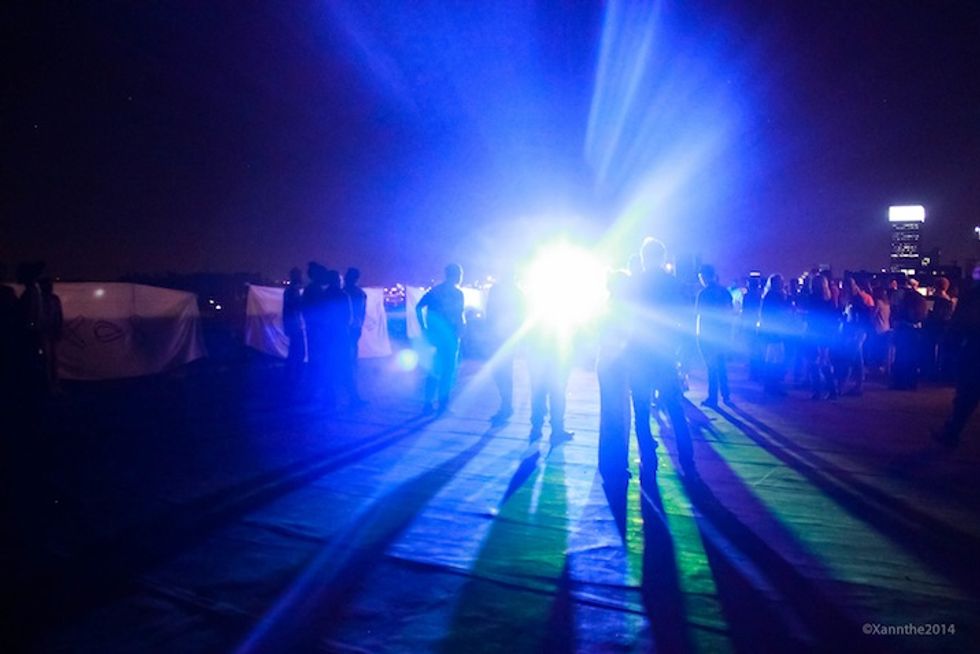 Over the weekend PLATFORM Magazine, the online offshoot of Cape Town-based creative powerhouse the naas Collaborative, was slated to present a two-city, Cape Town/Johannesburg beat-focused event headlined by L.A. producer and Stones Throw Records' newest recruit Mndsgn. However, in a surprise turn of events, Mndsgn missed his flight and the PLATFORM team was forced to reshuffle with mere hours to spare. What transpired was the inadvertent triumph of the South African beat community, which Okayafrica contributor Edward Kgosidintsi and photographer Xannthe Ludi Cupido were on hand to document in Johannesburg.

At 1:29 AM on Thursday 25th September, we all received the ominous news that Mndsgn had missed his flight to Johannesburg and wasn’t going to be able to make it to the show. This particular event would test the virtue of the South African alternative music audience. The underlying hypothesis being that it shouldn’t have to take a foreign name on the ticket bill to incentivise the crowd to come out to support local music.

There’s a surplus wealth of extraordinary talent on our own soil. That night was living evidence of that. It’s not every day you get to commune with most of the key players of our experimental beat scene in one place: Mr. Sakitumi, Card On Spokes, Christian Tiger School, Micr.Pluto, Thor Rixon, Fever Trails, The Watermark High, Escapism Refuge, Naas, We-Heart-Beat and Beat-NN were all in a single enclosed space. The outer and inner circles of the culture came out to show their love for their art form. This hardly ever happens here. That’s because we South Africans have a tendency to patronize ourselves. The artists patronize the audience by believing their art isn’t consumable locally and the audience patronizes the artists by thinking the art isn’t producible locally. The condescendence is also self-inflicted: the artists tend to think they’re the only ones making this kind of music here; and the audience tends to believe they’re the only ones listening to it. This is all a consequence of the abject disconnectedness of our intelligentsia. In essence Mndsgn "misreading his itinerary" was the best gift he could have bestowed upon us. Our beat community was forced into taking itself seriously as a direct reaction to feeling like it hadn’t been taken seriously enough by Mndsgn... We needed to be tricked into seeing ourselves.

The show opened up with a polychromatic wonky set from prominent local DJ and events promoter DJ Danger Ingozi. His set seamlessly melted into Micr.Pluto’s, who played crunchy decadent future funk. He was followed by the legendary Mr. Sakitumi who delivered a quintessentially theatrical set of wobbly break-beat and bass, solidifying his status as an electronic music demigod.

Okmalumkoolkat’s performance kept the heightened mood going with his kwaito-tronica trap anthems. Christian Tiger School shattered through midnight in a roar of meaty machinery blasting rugged apocalyptic doom-bap to get our necks snapping. Card On Spokes poignantly concluded the experience with his luxuriously spacey mood-soaked synth-hop.

This second edition of Platform Presents will likely go down as one of the more memorable events on our year’s calendar. The Naas Group once again displayed their visionary devotion to the South African experimental music scene– a scene that’s growing exponentially every day.