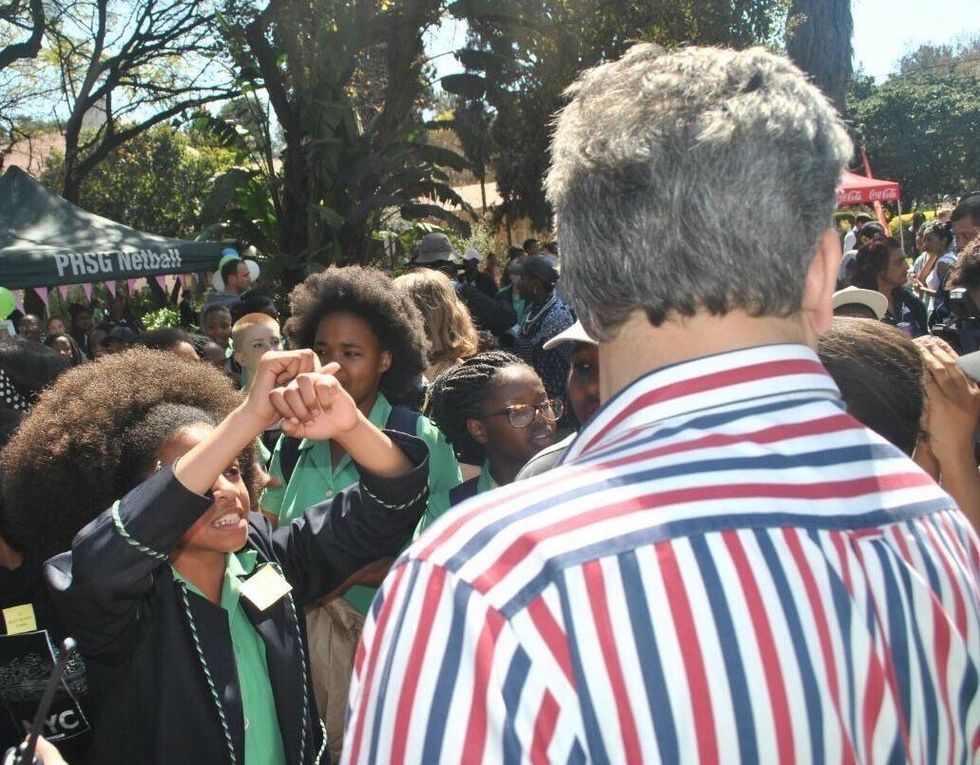 “For instance, some educators tell them they look like monkeys, or have nests on their heads.”

Who ever said protesting is a tired practice? I may have been guilty of doubt, but news that the provincial education minister Panyaza Lesufi has ordered the suspension of rules that allegedly discriminate against natural hairstyles at Pretoria High School for Girls in the administrative capital of South Africa gives me renewed hope—at least in social media’s capacity to amplify protest.

A quick bit of background: The school was founded in 1902 for whites-only and continued that way through the apartheid era. It has since become integrated; however African students have alleged teachers at the school have demeaned their natural hairstyles, and banned them from speaking indigenous languages on the campus. That’s why outraged students organized a silent march in protest at the school’s annual Spring Fair on Saturday, which drew armed police response and quickly boiled over to social media under #StopRacismAtPretoriaGirlsHigh by Monday. The protest even inspired South African renaissance man Modise Sekgothe to pen a poem in their honor, and elicited a tweet from South Africa’s arts and culture minister Nathi Mthethwa.

Schools should not be used as a platform to discourage students from embracing their African Identity. #StopRacismAtPretoriaGirlsHigh

And black students at a second school in South Africa, Lawson Brown High, raised their voice in protest for similar discriminatory hair rules.

In response, Gauteng Department of Educationreleased a statement Tuesday, saying it had learned of the black students’ allegations regarding wearing Afros and speaking in African languages after Lesufi visited the school and has called for a formal, independent investigation and review of the Code of Conduct—which by the way, doesn’t prohibit natural hairstyles explicitly, although it outlines details regarding length. This suggests the teachers may have pulled these “rules” out of thin air or at least applied them arbitrarily. Smdh.

The department states on Facebook, “The learners feel that educators use abusive and demeaning language when they address them regarding their hairstyles. For instance, some educators tell them they look like monkeys, or have nests on their heads.” Ridiculous.

A statement on the school’s website adds that the school’s governing body has agreed to work with the department to “resolve the issues which were raised.”

And they had better because this new generation of black girls aren’t playing with racist policies or police—they’re fearless, vocal and magic.

They were told by their school that their hair is "untidy." They are now protesting.#StopRacismAtPretoriaGirlsHighpic.twitter.com/WEaRZqbQQF