Meet BLFR, the 19-Year-Old Producer Behind Hits From AKA, Anatii, Riky Rick & Others 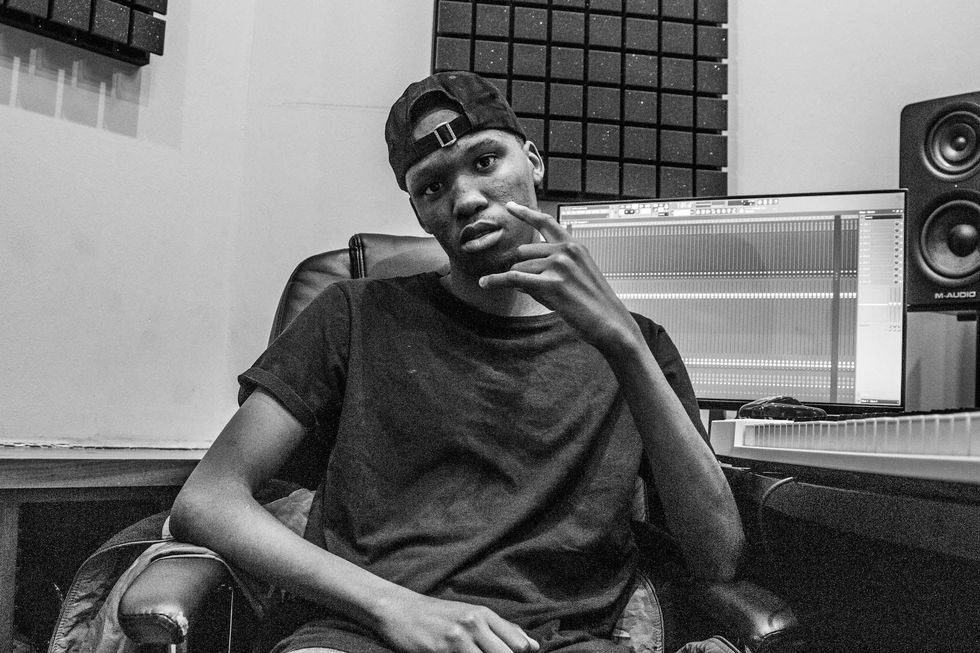 His name is BLFR, he came to Joburg a year ago, and has produced for the likes of Riky Rick, Blayze, Zoocci Coke Dope and Una Rams.

AKA and Anatii’s collaborative album Be Careful What You Wish For has been out for close to a month now. If there’s one song almost every fan has on repeat it’s “Angelz.” The track's the meaning of perfection.

What’s least known is that “Angelz” was produced by a 19-year-old producer, originally from Rustenberg in the North West province.

His name is Big Les For Real (BLFR), he came to Joburg a year ago, and has produced for the likes of Riky Rick, Blayze, Zoocci Coke Dope and Una Rams, among others. His version of trap production consists of eerie organ keys and over-processed synths & pads alongside thick bass lines.

Through an artist friend, Espacio Dios, BLFR found himself in Anatii’s house one day in June this year. “We went into studio and he asked if I had any beats,” says the producer. “And I had a pack of beats in my hard drive. We vibed to three beats, and one of them was ‘Angelz.’”

A week after that day, BLFR got a call from Anatii’s engineer, asking him if he was interested in the song being used for BCWYWF. “That was crazy,” he recalls.

BLFR got into production the way a lot of producers, do. “I started out as a rapper,” he says. “So I started out wanting to produce music for myself instead of downloading beats or buying beats from other people. So I just got into it, and never stopped.”

The producer’s first major credit was “Get The Bag” by Zimbabwean-born, SA-based artist Blayze. “I played Blayze beats, and he took the first one, and he told me, 'dude I’m gonna get AKA on his track,'” says the producer.

A few months ago, through his friend and artist Una Rams, BLFR’s beats reached Riky Rick, who took a few. “I found out on my birthday that he had recorded over one of the beats,” says BLFR. The song, called “Oh Lord,” was on Riky Rick’s free three-track EP Scooby Snacks, which coincidentally came out on BLFR’s 19th birthday.

Having made an appearance on rising star Zooci Coke Dope’s debut EP Morning Star, BLFR seems to do no wrong on his way to super producer status. He has more music coming with Anatii and is also contributing to Una Rams’ album due for a 2018 release. “I’m also working with other artists who I can’t mention at this stage,” he says. But looking at what he has managed to achieve in such a short space of time, one’s expectations are high.

Listen to BLFR’s beats on his SoundCloud page, and keep up with him on Twitter and Facebook..