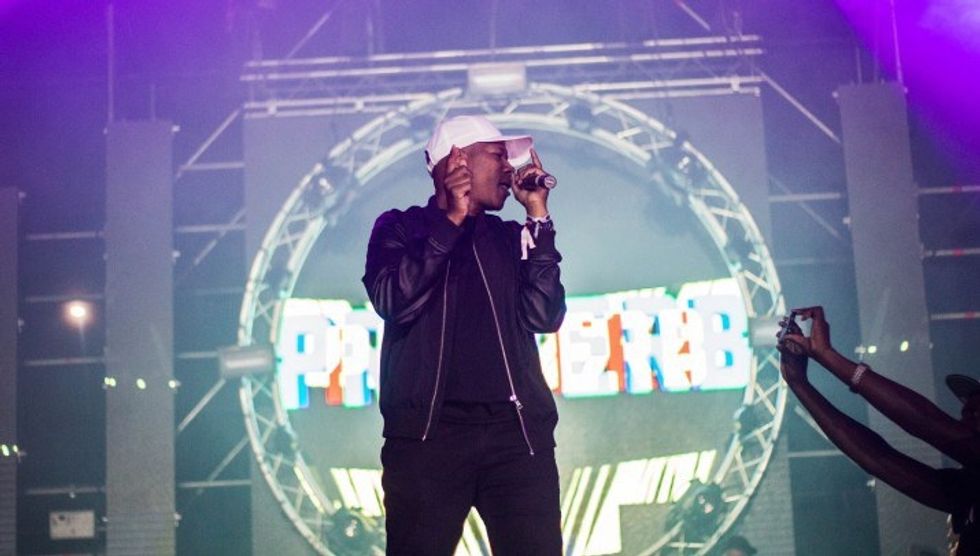 ProVerb at Back To The City in 2016. Photo by Sabelo Mkhabela.

14 years since the release of his debut album, Verb now owns its masters.

Veteran South African rapper ProVerb now owns the masters to his debut album, The Book of ProVerb. Verb took to social media to make the announcement, and further added that the album is currently being re-mastered and will be available for re-release soon.

The Book of ProVerb is the Kimberly MC's first album, and is considered a classic by many fans, heads and critics, including this one. It came with seminal songs that defined the mid-2000s era and are still the MC's greatest—songs such as the prophetic "I Have A Dream," "Microphone Sweet Home," "Women," "Kimberly Rise," "Heartbeat," and a lot more. Most of the production was handled by Battlekat. It featured appearances from Tumi, Zubz and Pebbles, among a few others.

The Book of ProVerb was released in 2005 under the label Gallo Records, which also released SA hip-hop albums such as the late Pro's classic Heads and Tales, Mr Selwyn's Formula and Zone 5, among others.

A large number of South African hip-hop albums from the mid-2000s era are still not available on streaming sites and online stores because the masters are owned by labels that either don't care much about the music and culture or are now non-existent. As a result, a huge portion of SA hip-hop history and heritage is not available online for everyone to have access to.

For instance, some the late Pro's albums—Snakes and Ladders, Dankie San—which he released under the indie label TS Records, were only made available online after his untimely demise.

The Book of ProVerb is the second album Verb has bought back masters for (also from Gallo). Earlier this year, the hip-hop legend made his sophomore album Manuscript available online, and the assumption is that that happened after he bought the masters.

Last year, the later legendary rapper HHP shared earlier last year that he has bought back the masters to all his albums, which he soon made available online.

Hopefully, more artists will follow in Verb and Jabba's footsteps. Albums such as Music From My Good Eye, Live from the Bassline by Tumi, The Offering by Optical Illusion, and a whole lot more are nowhere to be found in the virtual realm.

Listen to ProVerb's Manuscript below, below while you wait for The Book of ProVerb to drop online.