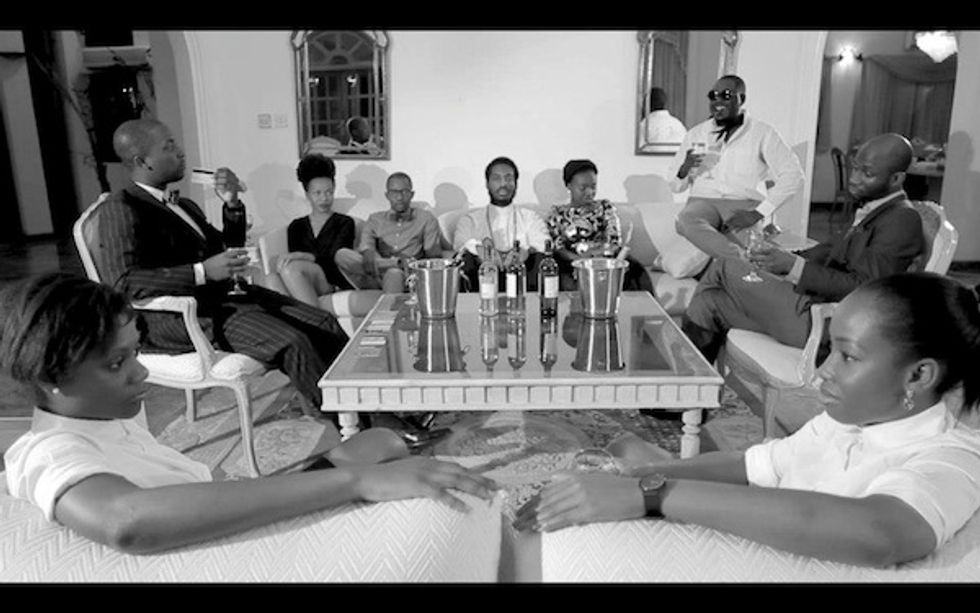 Check out this short African film by Abba Makama, which tells the story of young Nigerian elites who have to decide whether or not to join the revolution or watch from the sidelines.

Every time we watch an Abba Makama short we're kind of stunned by how good they are. That's not to say there aren't some great films coming out of Lagos, but Makama's aren't just great, they're truly creative and engaging. "We shoot things bitches" is how every Osiris Production ends, but each project is visually and substantively unique presenting exceptional art, which always deserves a shout out.

Makama's newest short, which is also an entry for the Afrinolly Short Competition titled "Quacks" is a follow-up to "Party of Ministers" and an excellent parody about the young, educated, and successful African elite whom via BBM groups continuously discuss the state of the world, but fail to act on their ideas of how to improve their respective countries. Quick synopsis:

An elite group of pseudo intellectual leftists are summoned for an emergency meeting. The agenda: overthrow the existing regime ran by a cabal of self-centered materialists. Will they succeed?

In "Quacks" Makama integrates real footage from the 2012 protests in Nigeria, which is an amusing juxtaposition to the ever so chic Quacks whom from the comfort of their extravagant homes appear not only detached but disinterested in the state of their country. Did we mention they look hella hella chic? The film also features one of our favorite Nigerian directors, Bolaji Kekere-Ekun- who shows us he has skills in front of and behind the camera. We don't want to give too much away, but check out the film (below) for some quality entertainment and a dynamic representation of the bizarre  potential of protest and revolution in Nigeria. Seriously, might be the best 8 minutes of your day.