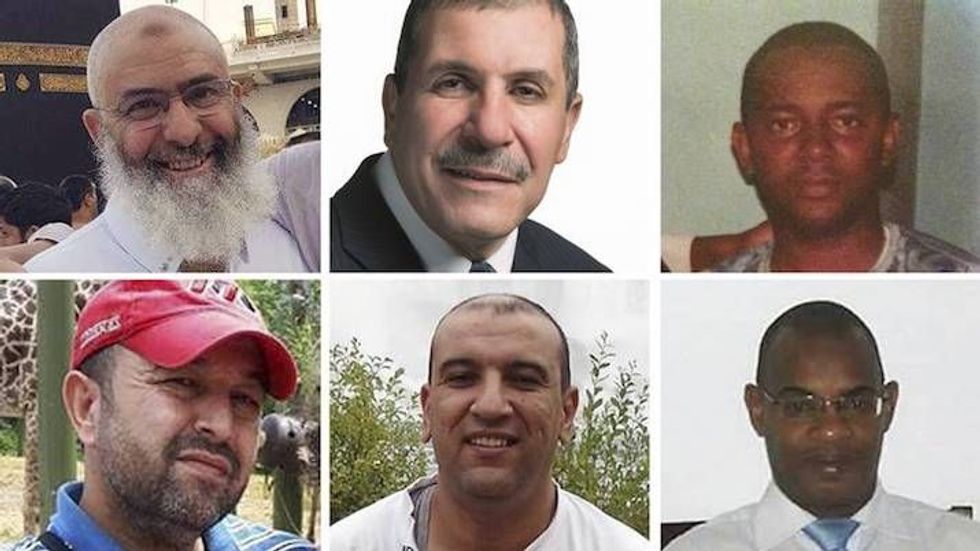 Six African immigrants were killed in a mass shooting at a Quebec City mosque on Sunday night.

It was a targeted terrorist attack against the city's Muslim population, many of which had immigrated to Canada in search of better lives.

The six men who were killed were all African immigrants. Two of the men were from Algeria, another two from Guinea, and the other two victims were from Morocco and Tunisia.

These are the victims.

Abdelkrim Hassane, 41, worked as an analyst-programmer for the Quebec government. "He  had two young children who waited in vain for their father to return home," a coworker told The Globe and Mail.

Azzeddine Soufiane, 57, was originally from Morocco and emigrated to Quebec City to attend  Laval University. He was known as a backbone for newly arrived Muslims. “He was almost like the president of the community. He helped and guided all the people who arrived here – students, families,” said a member of his Moroccan community group.

Khaled Belkacemi, 60, was from Algeria. He received a master's in chemical engineer from Université de Sherbrooke and was a professor at Laval University.

Mamadou Tanou Barry, 42, and Ibrahima Barry, 39, were friends and civil-servants from Guinea that lived in the same apartment building, but were not related despite sharing the same last name. Ibrahima Barry worked for the health insurance board and had four young children, and Mamadou was an IT worker who left behind two sons.

Boubaker Thabti, 44, was a pharmacy worker from Tunisia who lived only 5 minutes away from the mosque. He had two children, ages 3 and 10.

Islamophobia has deep-seated roots and has existed even before Trump came into power, but the timing of this devastating attack—the same weekend that Trump's infamous Muslim ban was put into place—is telling. Anti-Muslim sentiments may not have started with Trump, but they are certainly propelled, and even safeguarded, by his actions. This is the dreadful outcome.