A Swizz Beatz-Produced Reason Track Is On The Way 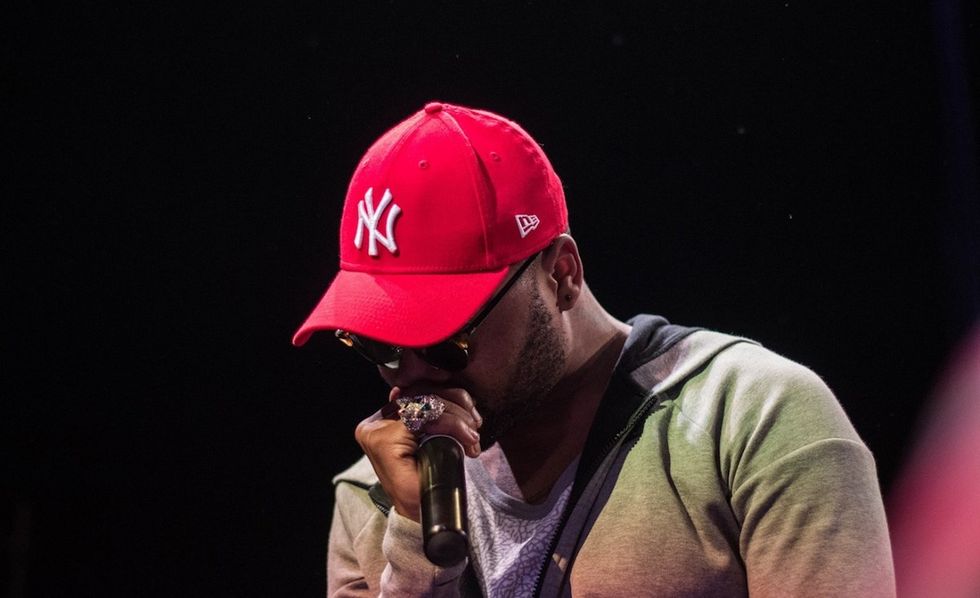 One of South African rapper Reason's biggest dreams has always been to rap over a Swizz Beatz. And last week Friday, since Swizz is currently in South Africa, the rapper put it out to the universe via a tweet.

He first mentioned how his single "Celebrity" was first recorded over the Swizz-produced Watch The Throne song "Welcome To The Jungle." "I SERIOUSLY NEED A BEAT FROM HIM!!! IT'S MY DREAM!!!" he concluded his tweet.

I'm so much of a @THEREALSWIZZZ fan... We recorded "Celebrity" on #WatchTheThrones "Welcome to The jungle" beat, and then got the @BoyzUpstairs to reproduce to the VERSES and hook afterward.

That how that guy means to Me!!!

While some tweeps laughed the tweet off, Reason's fans vouched for him. Two days later, the rapper posted a video of him, Swizz Beatz and DJ Fresh. "Asked for a beat publicly on some rap shit," says Reason on the video. And I only asked for it officially on some proper shit today."

Swizz Beatz then confirms that he will be sending a beat to the rapper. "Come on, let's get it," he said.

YOU GOT ME MY @THEREALSWIZZZ BEAT!!!

THANK YOU @RealBlackCoffee FOR PUTTING IN GOOD WORD FOR ME. I OWE MY LIFE FOR THIS ONE!!!#GODISGOODALLTHETIMEpic.twitter.com/3oueU4A9J2
— #TopSeven👌🏾 (@ReasonHD) February 4, 2018

Reason's one of South Africa's finest lyricist, and looking at his track record, we can anticipate a potent song. We will be waiting. Not so patiently.

The Reason gonna kill the beat😌✊

You've Been The Realest Reason We Know. ⚡ Bruv Congratulations. 💪.
You Just Faced A Down Slide Like Days Ago. And God Is Looking Up For You King. #GaaHDBody 👑
— L-J∆Y 🐺 (@LJayJuly) February 4, 2018