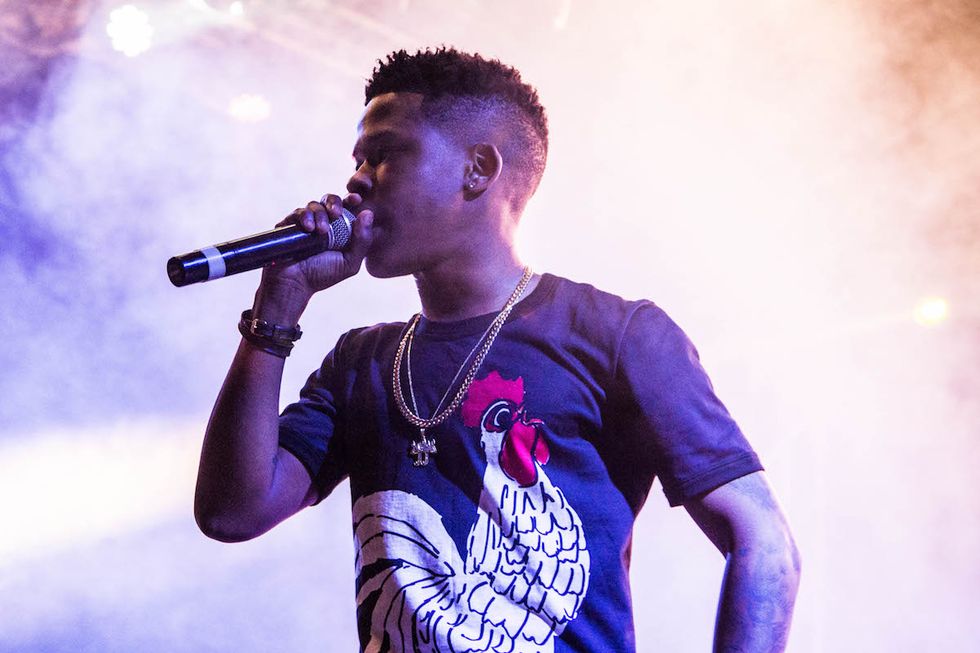 It was the rapper HHP (aka Jabba) who made it look easy circa 2009 when he started collaborating with renowned US hip-hop artists that were otherwise thought of to be out reach. On his double album Dumela (2009), alongside African superstars such as Naeto C and Nazizi, Jabba collaborated with Nas. The song, titled "Keledimo" was okay. In a confusing turn of events, Nas would then go on to re-use the verse he had given to Jabba on "Leaders," a song he did with Damian Marley from the Distant Relatives album.

Jabba would however continue with that winning streak, working with the likes of Talib Kweli, Raheem DeVuagh and Asheru in subsequent albums.

By so doing, he opened a door for other artists who soon followed suit. Recently Cassper Nyovest, who by the way is Jabba's protégé, has been collaborating with the likes of The Game, Black Thought, Talib Kweli, among others.

There have been other artists who have made similar collaborations, such as Nasty C, Zubz, The Assembly ZA, Du Boiz, Anatii and a few more.

Some of these collaborations have been great, while others range from so-so to straight up horrid. KRS-ONE attempting to rap in IsiXhosa on his collaboration with Eastern Cape rapper Shai, earlier this year, was cringeworthy. The Game and Cassper Nyovest fell short with "Cooking in the Kitchen." Anatii and DJ Khaled disrespected us with "Bananas." "Dope Dream" by Du Boiz and Tyga was terrible. And a few others.

Below are some SA-US hip-hop collaborations from the past 10 years or so that we feel hit the spot, listed in no particular order.

What makes "Awesome" amazing is how both Reason and the West Coast trio approached it: they weren't too careful. The artists got a banging beat from PH and did what they are known for, and that's to rap. "Awesome" is a bar fest which was a fitting closing track for a solid album by Reason, 2014's Audio High Definition.

"Allow" is the opening song for Bad Hair Extensions, the deluxe version of Nasty C's 2016 debut album Bad Hair. Nasty C brags about leaving with someone's girl from the club over a droning bass line and a gang of 808s. French Montana's parts are minimal–he acts as a hype man of some sort, but not entirely–his verse is immersed in Nasty C's second one, and there's a part where they go back and forth, making this collaboration more than just a couple of verses put together.

The idea of Cassper Nyovest and Black Thought on the same song is odd, to say the least. And the fact that it works, is surprising, but we are totally here for it. Hearing Thought walking with ease over trap production proves the known fact that he's one of the best to ever do it. Nyovest, as if feeling the pressure from Thought's verse, comes back harder on his second verse after fumbling a bit on his first.

Just before his demise, Sean Price shared a solid verse with the boom bap crew The Assembly ZA. Price was his usual relentless self, and the dudes complimented him with equally potent backpack raps over a spacious golden era-reminiscent instrumental by Cape Town-based producer Mananz.

Zubz enlisted Skyzoo and Pharoahe Monch for a lyrical gathering over a Nina Simone sample and robust bongo drums. All three guys are revered lyricists, and, as expected, they all deliver potent verses that are all fraught with tongue-in-cheek lines aimed at the smart asses of this world.

Read our interview with Zubz on how the collaboration came about, here.

Talib Kweli and Cassper Nyovest's first collaboration, "Doc Shebeleza" remix wasn't all that. But their second, "Fuck The Money" was a gem of note. Both rappers delivered great verses about their takes on the worship of money and the tricky relationship human beings have with the skrilla. "They love me because they know I been real to my peeps/ There's n*ggas richer than me who still wish they were me," raps Nyovest.

"Spirit" tries really hard to be "Ngud'," but that doesn't take away from its greatness. The song sees Kwesta celebrating being from the hood with fitting slang and attitude. While some fans believe Wale's verse intrudes in an otherwise-quintessential kasi track, his verse adds a different flavor, and he represents where he is from unapologetically. That's the spirit.

HHP was featuring your favorite US rappers before it became a thing. He has collaborated with Talib Kweli, Raheem DeVaugh, Nas (if I may), and of course Asheru. "Dream Girl" was the pinnacle of those collaborations. It is a sophisticated love affair with an R&B lounge feel. TeePee was the king of rap hooks at the time, and he delivered as usual. "Dream Girl" worked in all aspects–lyricism and delivery were on point, so was the production, and the overall feel of the song was coherent and fitting for the song's content.

"Tse Tswembu Tse Blind" is one of Cassper Nyovest's best songs. Nyovest's delivery, especially on the hook, is owed to his heavy kwaito influence. On "Tse Tswembu Tse Blind," Nyovest is finessing, throwing jabs at his rival AKA, and having fun, which infects you as a listener. The marriage of lyrics and instrumental was just effortless, and DJ Drama's chants and shenanigans make the song a certified street anthem.

When South African electronic/ hip-hop producer duo Christian Tiger School teamed up with Bilal and Queens rap outfit World's Fair, to put it simply, magic happened. Bilal was always going to deliver a great hook. Christian Tiger School created an unorthodox hip-hop instrumental leading with a synth sound that's rough at the edges. And the lyricism and flows from World's Fair were just impressive: "Connect soul to soul, bone to bone/ The opus [?] shows as emotions home/ They say the road less travelled is the road to home/ and I'm on, just tell me when to go…"