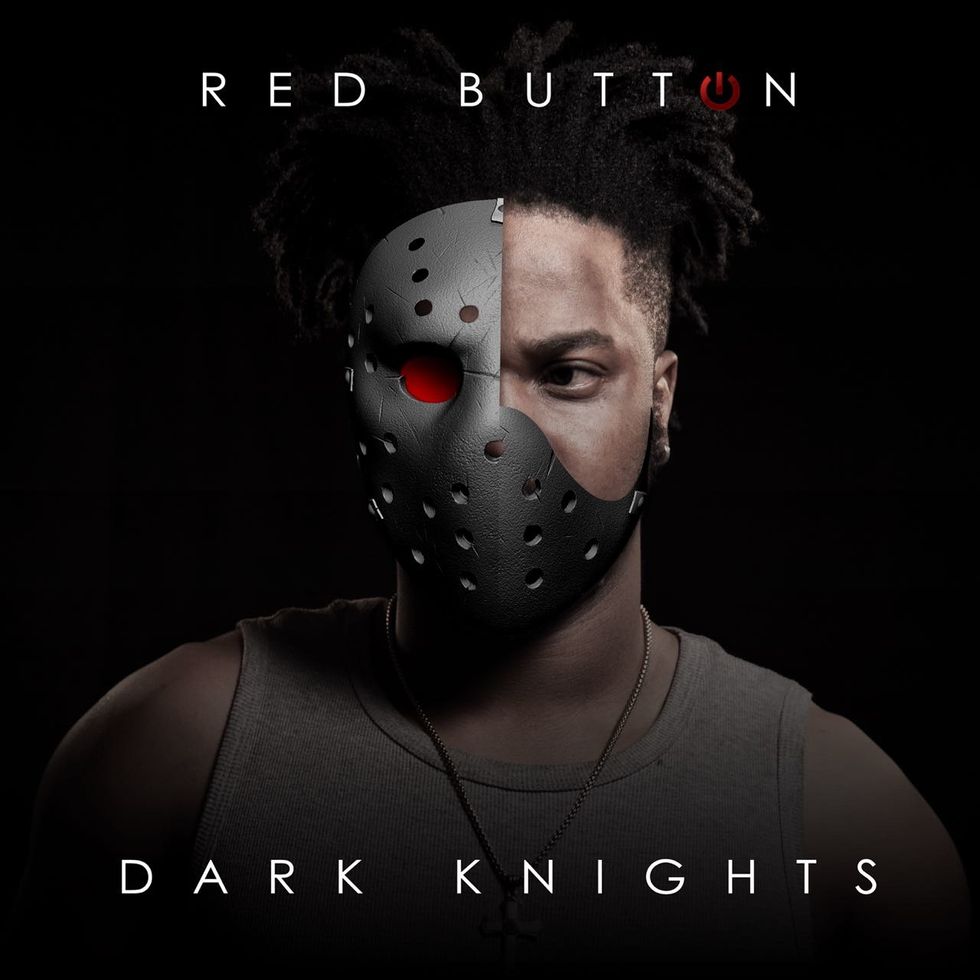 The 8-track Dark Knights consists of songs that mostly lean towards trap sonically, and by way of the auto tune on most of the raps. Red Button is still spitting witty punchlines, similes and metaphors, and deploying his great storytelling skills.

Thematically, Dark Knights is light-hearted with a some moments of intensity. The song "Mlindoms (P.R.O)," in which the MC raps about his late mentor, Pro(Kid), isn't somber. It's more a celebration of the Soweto hip-hop legend than it is a lament. The song merges the grit of kasi rap sonically (the beat is reminiscent of "Bhampa" by Pro) with the melodic raps of new school rap.

Red Button has been going through some changes as an artist ( think of songs like "Usabani" and "Life"), and Dark Knights is yet another step forward in his journey. For the longest time, the MC was mostly compared to Pro, as his style resembled that of the late legend. But it's great to watch him grow more towards himself.

Features on the album include the likes of sFs, Mad On Dough, and MarazA among others. The latter spits yet another stellar guest verse on "Jabu Pule."

Listen to Dark Knights below and/or download it here.