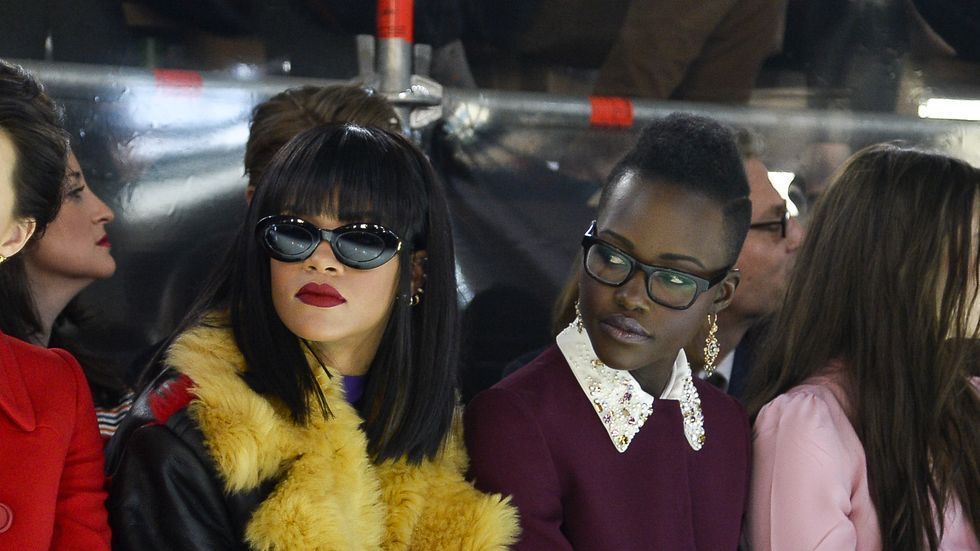 DIASPORA—The Twitter-generated film concept, based on a 2014 photo of Lupita Nyong'oand Rihanna, is coming to life, Entertainment Weekly reports. The film has been picked up in "a very aggressive bid" by Netflix, and will be directed by Ava DuVernay. Issa Rae is in talks to write the script.

Rihanna and Lupita made an informal Twitter agreement to star in the movie together last month. Read the full story via Entertainment Weekly.

Rihanna looks like she scams rich white men and lupita is the computer smart best friend that helps plan the scans https://t.co/PhWs1xd3nj

SOUTH AFRICA—Hundreds of men gathered in South Africa's capital on Saturday, to protest violence against women for the #NotInMyName demonstration. The event was organized in response to rampant gender-based violence in the country.

"The time to take collective responsibility for our shameful action is now," Kholofelo Masha, one of the organizers, told the BBC. "You hear a lady screaming next door, you decide to sleep when you know there is a problem. No man should beat a woman or rape a woman while you're watching."

Check out a recap of the #NotInMyName protest, here.

SOUTH AFRICA—A drought has been declared in South Africa's Western Cape. The warning is set to last about three months.

With the onset of the drought, the region faces its most intense water shortage in about 113 years, reports BBC Africa.