Watch Rihanna Teach Math and Play With Kids In Malawi 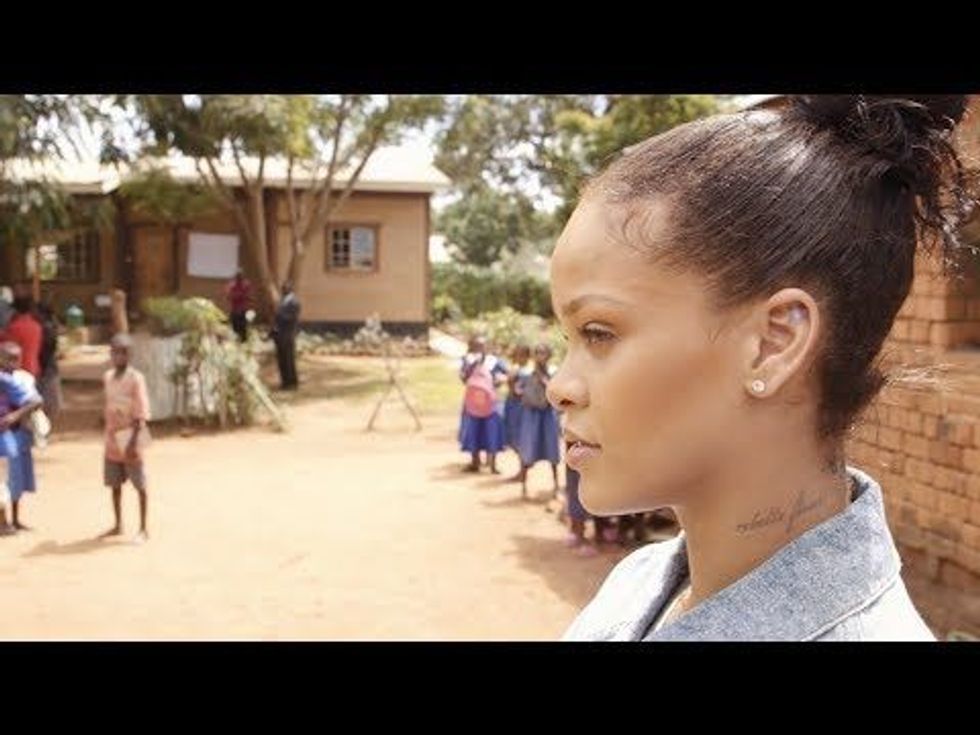 In January this year, Rihanna visited Malawi to learn about the challenges the country’s education system faces.

MALAWI—Rihanna is the founder of the Clara Lionel Foundation and global ambassador for the Global Partnership for Education.

In January this year, the pop-star visited Muzu primary school in Malawi to learn about the challenges the country’s education system faces. “I’m really here to see it,” she says. “It’s one thing to read the statistics, but I want to see it first hand and find out all that can be done, and where to start first.”

The aim of the campaign is to end extreme poverty by 2030. In the video, it’s revealed that issues facing the country’s education system are overcrowded classrooms, lack of infrastructure and equipment. These lead to the children dropping out of school.

A concerned Rihanna chatting to some teachers and Malawians says, “It sad that, that has to end for some of them because they could probably do so much, if they had the resources to continue and complete.”

Later on in the clip Riri can be seen playing with the children and teaching them some math.  “I love that they learn in melody," says the singer. “That's like my favorite thing because kids, they adopt melody really, really quickly. And so if you can use that as a learning tool, I think that's the most brilliant, brilliant thing.”

Teachers and students also share their concerns that include the effects of poverty on kids, and lack of schools in remote area which leads to kids having to walk long distances to get to school.

I cringed when one of the kids in the video, 14-year-old Wongani Nyirenda, was made to sing. Tourists have an obsession with African kids singing and dancing, and it needs to stop.

The documentary ends with a request for viewers to call on world leaders to increase education budgets and funding to the Global Partnership for Education to help it reach $3.1B between 2018 and 2020.”

Watch the video above, and visit the Global Citizen website here.