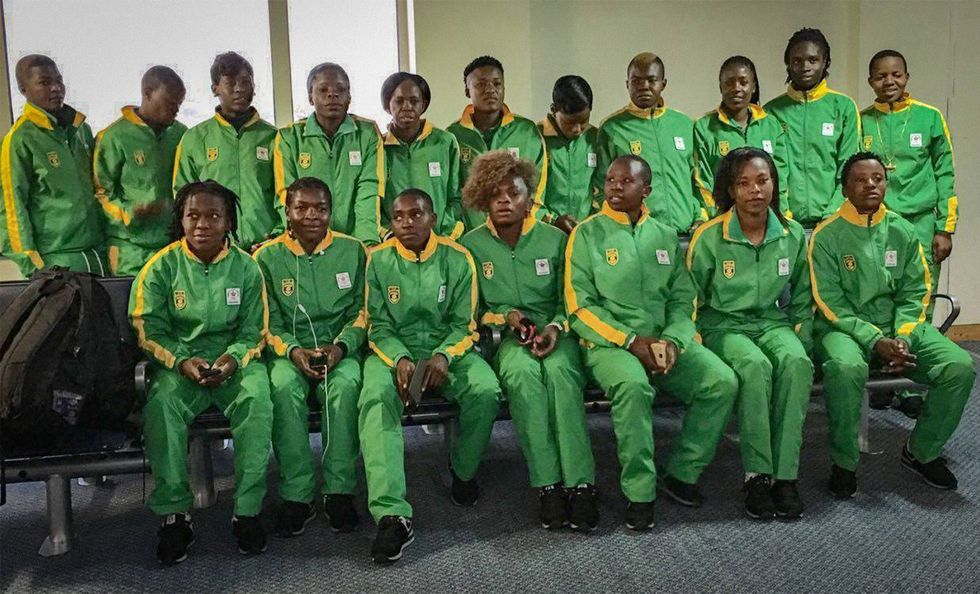 For the first time ever, a national football team from Zimbabwe has qualified for a major international tournament.

Amid the economic hardship and social unrest in Zimbabwe this year, football is providing something to cheer for. The spotlight is on Zimbabwe’s women's team who begin competition this week at the 2016 Summer Olympic Games in Rio.

For the first time ever, a national football team from Zimbabwe has qualified for a major international tournament. But while the men’s team qualified for next year’s African Cup of Nations in Gabon (also a first), it is the women’s team, the Mighty Warriors, who hold the honor of debuting their country’s football at one of the largest international stages.

The team had already qualified to the women’s continental equivalent of the AFCON, the African Women’s Championship, in 2000 (when they placed fourth), 2002 (when they finished bottom of the group) and 2004 (when they stayed in the group stage). But last October, the women’s team made history by qualifying for the first time ever to a Summer Olympics tournament.

They did so with a series of knockout rounds in which they eliminated Zambia on away goals (winning 1-0 in Harare after a 2-1 loss in Lusaka); went past Ivory Coast, who retired after a series of rescheduled and cancelled matches; and finally qualified by beating Cameroon, also on away goals (with a 2-1 defeat in Yaounde followed by a 1-0 victory in Harare).

The men’s team qualified for next year’s AFCON only this past June, when they beat Malawi 3-0 in Harare and secured their qualifying group. Yet the women didn’t stay behind and last April they qualified for the rebranded African Women’s Cup of Nations after beating Zambia 4-2 in aggregate.

It is an impressive achievement for a team plagued by financial instability, a problem that actually almost saw them out of Olympic qualifying. In July of 2015, the Mighty Warriors could not get the funds to attend their qualifying match in Abidjan, and Ivory Coast was awarded a 3-0 win. However, after the return leg in Harare was cancelled and then rescheduled, the Ivory Coast team retired, giving the Zimbabwe women the chance to continue in the running.

Zimbabwe will begin their run for gold today, but they will have a tough path in the Olympics, though, as they will have to face one of the favorites, Germany, first and then two other solid teams: Australia and Canada.

The team only had one preparation game in Brazil, against China, which they lost 0-3. But hopes are still up for what will certainly be a historic participation, regardless of the end result. Coach Shadreck Mlauzi, anyway, has earned a reputation for his team’s defensive organization, and he might look forward to some of his players shining during the tournament.

Besides the veteran goalkeeper, Chido Dzingirai, defender Nobuhle Majika, midfielders Emmaculate Msipa and Mavis Chirandu, and strikers Rudo Neshamba and captain Felistas Muzongondi are some of the key players The Mighty Warriors will rely on to try to come up with an upset in Rio. Though the odds of that happening don’t favor the Zimbabwean ladies, the games still have to be played. The last time a Zimbabwean women’s team entered the Summer Olympics (for field hockey in 1980), they came up with a huge upset and won gold, even though they only assembled a month before the competition in Moscow to fill the spot of teams who were boycotting the competition. It was certainly a very different context, but Zimbabwe can still dream of another fairy-tale.

Zimbabwe’s Mighty Warriors make their Olympics debut on 3 August, 11pm (GMT+2), against Germany in Group F at the Corinthians Arena in Sao Paulo.