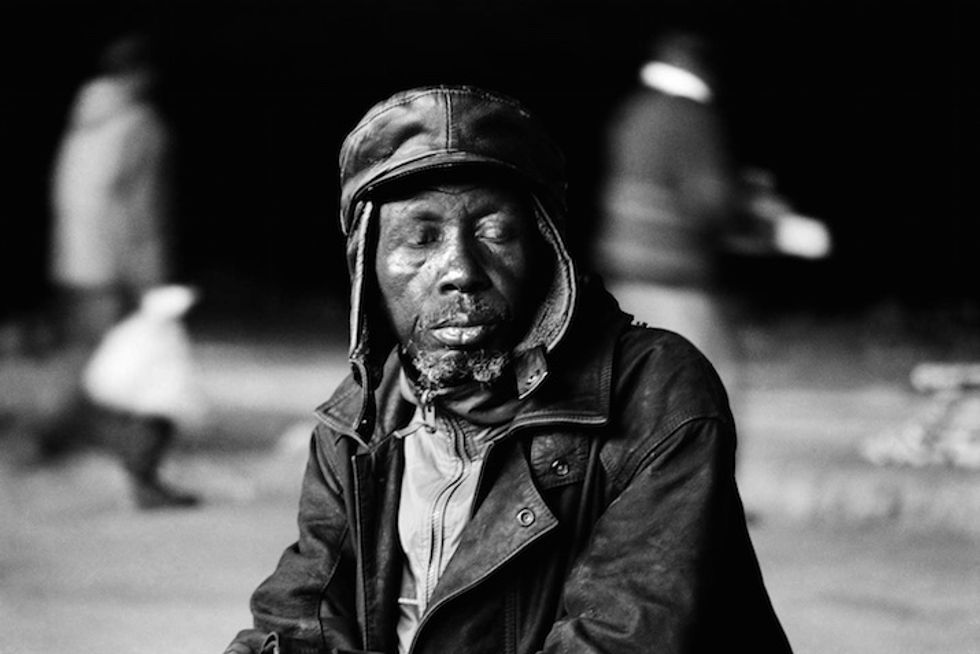 The Walther Collection in NYC presents a solo exhibition of work by South African photographer Santu Mofokeng (January 29 to May 23, 2015).

Santu Mofokeng: A Metaphorical Biography is a forthcoming solo exhibition presented by the Walther Collection in NYC spanning three decades of Santu Mofokeng's career. The show forms part of the non-profit foundation's two-year exploration of photo and video narratives from contemporary African artists and will feature images from the award-winning South African artist's photographic essays that explore landscape, community and social identity in South Africa during and after apartheid.

Mofokeng's early series were conceived while he was a member of Afrapix, the influential anti-apartheid documentary photography collective that championed the "resistance arts" movement and called for photographers to channel their work into activism. With his 1986 project, Train Church, Mofokeng captured the devotional worship and laying of hands that occurred in makeshift religious services put on during his daily commute between Soweto and Johannesburg. A later series, Chasing Shadows (1996-2006), delved deeper into the spiritual lives of black South Africans as they held faith ceremonies at the sacred Motouleng Caves.

In addition to documenting the transformation of public spaces, Mofokeng's work also chronicled the interpersonal. Townships (1985-87) and Rumours: The Bloemhoef Portfolio (1988-1994) are two series featured in the show that portray intimate and carefree interactions among members of black township communities in order to counter the widespread images of brutality and oppression that dominated the global media's characterization of South Africa at the height of apartheid.

Born in 1956 in Soweto, Mofokeng began his career as a freelance photojournalist and darkroom printer, and it was during this period that he decided to document the minutiae of his everyday life in order to form a "metaphorical biography." His blurred black and white images transcend a purely visual appreciation in order to evoke a more spiritual atmosphere that embodies seriti (a northern Sotho word that connotes aura, presence, confidence, power, spirit, essence, status and/or wellbeing). Mofokeng was awarded the Ernest Cole Scholarship in 1991 to study at New York's International Center for Photography. His work has been featured in group shows and retrospectives around the world.