Sauti Sol In NYC Has Been Postponed 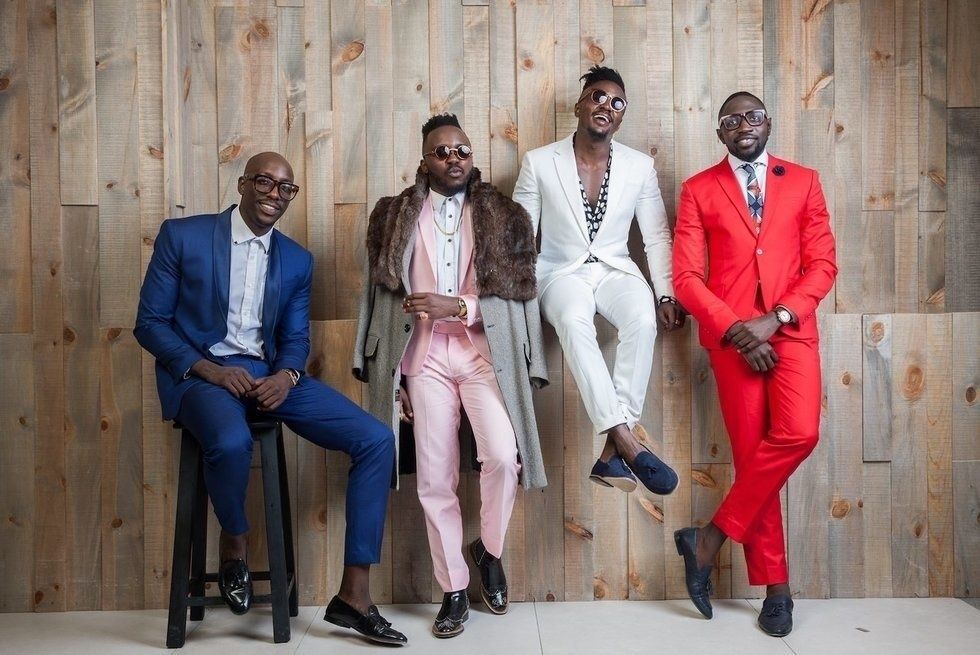 Sauti Sol's Highline Ballroom show has been pushed back to March 8 due to the band's travel permit issues.

Update October 22, 2018:Sadly, Sauti Sol has postponed their American tour due to issues with permits. The new show date is now March 8, 2019. Anyone who bought tickets should have been contacted by Highline Ballroom and can use them for the new date.Tickets for the new date are avaialbe here. See a full statement from the band below.

To our dear fans, we are so sad to announce that we will have to postpone our upcoming shows in North America. Despite our best efforts, we will not receive the necessary permits on time and will be unable to travel to you this month. The concerts in Montreal, Washington DC, Boston and New York have been rescheduled to March next year with more information coming soon.

Please stay tuned to our pages for further details. This is a setback we have never experienced and it breaks our hearts to have to postpone but some things are out of our control. We are truly sorry for the inconvenience, we will give you the ultimate performances next year adding more cities to the tour to play for as many fans as we can!

Everyone who bought tickets, we see you and we appreciate you! Hold on to those, we'll be rocking with you soon! We love you❤❤❤

Sauti Sol, the celebrated Kenyan afro-pop group, is coming back to NYC for a newly-announced concert at Highline Ballroom as part of their Melanin World Tour.

The 4-piece group, who won Best Group at the MTV Africa Music Awards and were nominated for Best International Act at the BET Awards, will be bringing their pop blend of soulful vocal harmonies and Kenyan rhythms to NYC on October 25.

Okayafrica and Highline Ballroom are presenting Sauti Sol live for the second time in New York, after an electric sold out show with the band in 2016.

Sauti Sol is currently readying the release of their collaborative album, Afrikan Sauce, from which we've already heard standout tracks like "Melanin," featuring Patoranking"Short & Sweet," and "Tujiangalie" alongside Nyashinski.

Afrikan Sauce will be a continuation of their highly-successful third album, Live and Die in Afrika. The band is calling the project an "art and cultural exchange," which will feature collaborations with big names from across Africa.

Remember when President Obama was filmed dancing to Sauti Sol? This could be you on October 25.

Grab your tickets below.