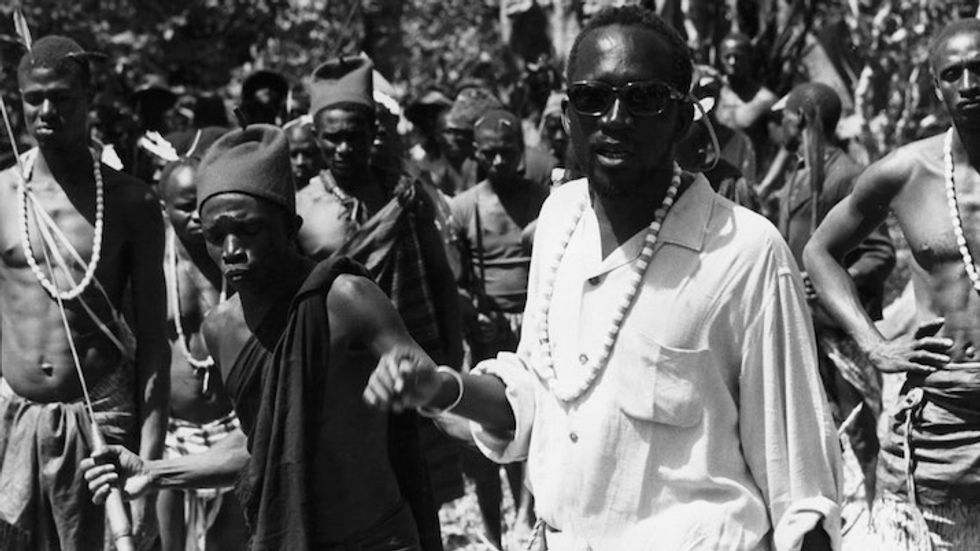 Kino Lorber acquires all U.S. rights to 'Sembene!,' a new documentary on the 'Father of African Cinema.'

Sembene! is a new documentary on the life and legacy of the Senegalese director, producer and writer widely regarded as the 'Father of African Cinema,' Ousmane Sembene. Co-written/directed by Senegalese-born Sembene biographer Samba Gadjigo (Ousmane Sembene: The Making of a Militant Artist) and Jason Silverman (Olympia, Shameless), the film had its world premiere in January at Sundance. At the time, Vulture wrote that "no film demonstrated the power of cinema more resonantly than Sembene!" According to Silverman, “Sembene set out to make movies to shape a new Africa," he told Vulture's Bilge Ebire. "We wanted to ask, 'How effective was he?' Well, here you are with his storyteller, whose life was changed by his films. Samba is evidence that storytelling does matter. But now, we have to ask ourselves, 'How can we make this film matter?' How can we find the next 17-year-old boy who will be inspired by Sembene's work?"

Ahead of the film's international premiere last week at Cannes, Kino Lorber has announced the acquisition of all U.S. rights to Sembene!. The independent art house distributor is planning a fall theatrical release for the film, in conjunction with key national festival engagements. Digital and home media releases are scheduled for 2016. "Much more than a biopic about a great filmmaker, Sembene becomes larger than life on screen as a political and cultural change agent of enduring importance," Kino Lorber's CEO Richard Lorber said in a press statement. "We are exhilarated to have the opportunity to introduce his work (and the man) to much wider audiences than have up to now followed his films."