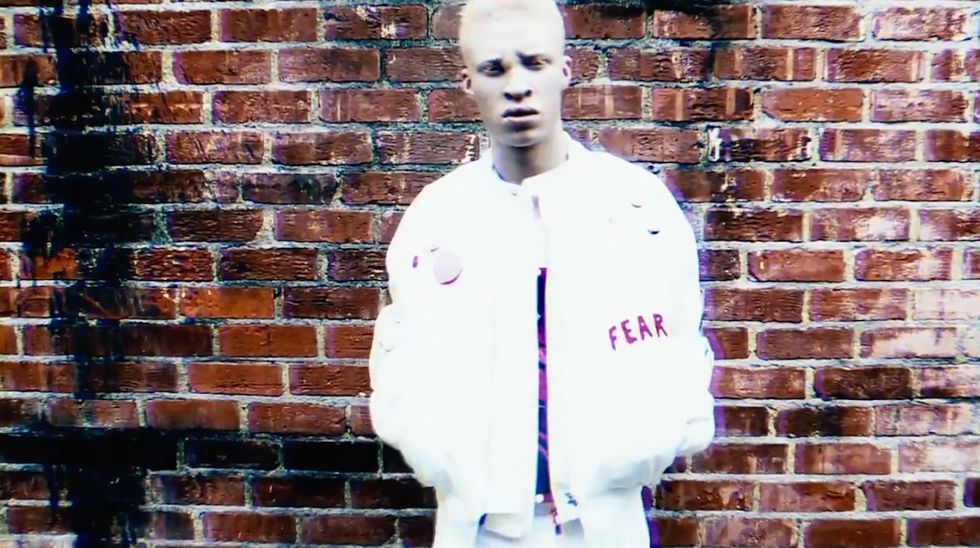 Albino male model Shaun Ross stars in 'Beyond The Skin,' a short film by Swedish director Jonas Åkerlund for #Define Beauty on NOWNESS.

For model and actor Shaun Ross, learning to love the skin you're in is a rallying cry as well as a way of life. The fast-rising star, who holds the distinction of being the first albino male model, embraces his uniqueness wholeheartedly and has appeared in videos for Beyoncé, Lana Del Rey and Katy Perry since he first burst onto the fashion scene a few years ago. Most recently, Ross shared his experiences growing up with albinism on NOWNESS for the final installment of their #DefineBeauty video series aimed at challenging stereotypical beauty ideals.

Directed by Swedish filmmaker Jonas Åkerlund, the frenetic, mind-bending video portrait offers an intimate look into Ross' ethos of self-love and acceptance as he wanders through Los Angeles recounting the taunts of schoolyard bullies. The film takes the form of a stream of consciousness interview spliced with footage from a handheld camera provided to Ross, and Åkerlund's gothic psychedelia captures Ross' triumph over naysayers perfectly. "He [Ross] took all those things that was negative for him in his life and turned them into something really positive," Åkerlund told NOWNESS. Scenes shot in the thick of Hollywood Boulevard's rubberneckers represent only a minute aggregation of the double takes Ross has encountered throughout his life, and at one point during the film he drops one of the most self-affirming quotables ever: "If people are always looking at you, give them something great to look at." Watch the short film below and learn more about Ross' In My Skin I Win campaign here.