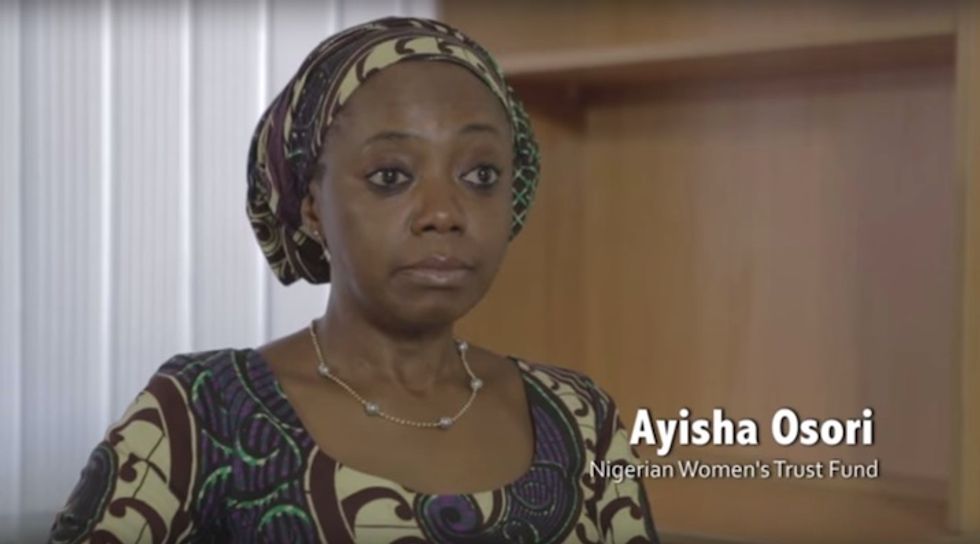 A new feature-length documentary sets out to reveal the physical and sexual abuse inflicted on women by government officials in Nigeria's capital city. Shot on location in Abuja and elsewhere in Nigeria, Silent Tears uses dramatic re-enactments, interviews, and archival footage to investigate what the filmmakers refer to as "the truths behind these serious violations against the citizens of the country and the residents of the Federal Capital."

A description on the film's Facebook page sheds additional light on this devastating phenomenon:

"The Federal Capital Territory Administration (FCTA) is the ministry that governs the affairs of the city and in 2011, declared what was called a “total war against prostitution” with it’s agencies, the Abuja Environmental Protection Board (AEPB) and the Social Development Secretariat (SDS) with coordination and logistics provided by a non-governmental organization, the Society Against Prostitution and Child Labour in Nigeria (SAPCLN).

Adopting catchy slogans like “Zero tolerance for prostitution”, a task force was set up with the AEPB, SAPCLN officials and armed law enforcement with a simple plan – to prowl the streets at night, identify sex workers, apprehend them and rehabilitate them.

Not long after this declaration, reports about the molestation and abuse of women, from all works of life began to surface. In his article, “AEPB: From street cleaning to morality policing” freelance journalist, Alkasim Abdulkadir identifies and decries the dangerous and unrestrained nature of ‘moral policing’ that targets women of all ages and social classes in the Federal Capital city of Nigeria.

Through the task force, women have been abducted, molested and in severe cases, physically and sexually abused by law enforcement officials including the police, army and civil defence authorities. Mistaken for and sometimes forcibly labelled sex workers, women of all ages including students, bankers and professionals have become targets for this abuse."

Last month, the filmmakers released a jarring trailer ahead of the film's premiere later this month. The clip gives a sense of just how prevalent, complicated, and painful the systemic abuse of women in Abuja is. In one particularly poignant moment, Ayisha Osori, CEO of the Nigerian Women's Trust Fund, explains, "They [government officials] have a clause within their enabling law which says that they can deal with a nuisance, and so their justification is that women on the streets constitute a nuisance, and so they are within their rights to pick them up and molest them, harass them, shoot them, rape them, and abuse them, all in the name of cleaning up the environment."

The film is written by Emil B. Garuba and directed by Nigerian filmmaker Ishaya Bako, previously known for his 2013 documentary about the corruption of Nigeria's petroleum industry. That film, Fuelling Poverty, was previously banned for public viewing by Nigerian officials.

Silent Tears will premiere later this month in Abuja. It's also been selected to participate in the African International Film Festival in Lagos (November 8-15). For more information, check out the film's Facebook page.