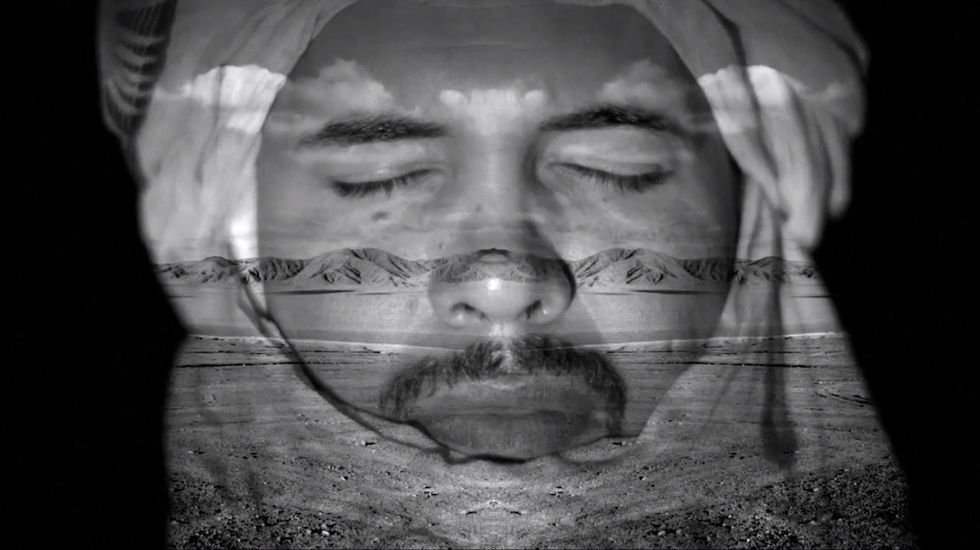 Nigerian Starboy ("the 'real' Starboy") Wizkid keeps his hot streak going with the music video for “Like This,” a collaboration with Amsterdam-based Ghanaian producer DJ Henry X.

Tuareg desert blues group Tinariwen announced their new album Elwan (The Elephants), due 10 February via Anti-. It'll be the band's follow-up to one of our favorite records from 2014.

The new album was recorded in California’s Joshua Tree and M’Hamid El Ghizlane, an oasis in southern Morocco, and will feature guest appearances from Kurt Vile, Matt Sweeney, Mark Lanegan, and more.

The band shared a beautiful animated music video for "Ténéré Tàqqàl," directed by Axel Digoix, this week. "The word Ténéré means empty land or desert in Tamashek. The clip... vividly depicts the contrast between the desert's lack of hospitality and the love its inhabitants feel towards it," the band mentions.

The new Accra-shot music video for "Bass" sees the MC fine-tuning his afro-trap sound and sprinkling in a few dancehall flavors for a straight head-nodder. Check out other videos for album tracks "Ghost" and "Avenor."

Wyclef re-ups "If I Was President" for the 2016 election

Wyclef revisits his 2008 acoustic hit "If I Was President," which came out during Barack Obama's first presidential campaign.

For the 2016 version, Wyclef changed the lyrics to reflect the craziness of this American election, (kind of) call out Trump, and sing about race relations, gun reform and more.

"Her t-shirt says Black Lives Matter, the media is screaming All Lives Matter," Wyclef sings in this new version.

Alexey Rodriguez aka El Tipo Este is one-half of Obsesión, one of Cuba's most popular hip-hop groups who've been around for 20 years. For his latest mixtape, Misión Dilla, Rodriguez pays tribute to the legendary beat maker J Dilla by rapping over his beats.

"Regla," one of the highlights from that Dilla tribute, is a song dedicated to his neighborhood, Regla in Havana, Cuba.

Afrobeats meets grime in Atumpan & Big Narstie's "We Like It"

Ghanaian singer Atumpan returns with a new video for “We Like It,” an afrobeats meets grime dance floor collaboration with UK grime star Big Narstie.

The track is a hotpot of dance rhythms that build on Atumpan’s West African influences—there’s mentions of azonto and shoki in there—with Big Narstie sounding right at home over the afrobeats and dancehall concoction.