A review of Tate Modern's 'Soul of a Nation'—an exhibition that is giving African American artists their long overdue recognition.

Martin Puryear's Self will forever be a wonder. It is sculpted from wood with a rich black luster and is said to be hollow inside. The temptation to touch and feel it was to resist. At a glance its shape is that of a thumb. Move one step to the left or right and its precise shape changes. Move another step and it changes again.

The amorphous nature of Puryear's creation gives it fluidity in character and meaning. Is the "self" of the title referring to one's inner state as whole in form and colour but also constantly changing? Or is it a vision of "blackness" as a reality shared by multitudes no two of whom are the same in the same way no two viewpoints of the sculpture are the same? Or not.

The ambiguity adds to the fascination and to what in total is a most exhilarating exhibition of works by African Americans by Tate Modern called Soul of a Nation.

This is the first time a major survey of works by African American artists are shown in the UK and only covers 20 years from 1963, the year of the great March on Washington led by Dr. Martin Luther King, Jr.

Curators Zoe Whitely and Mark Godfrey subdivided a mass of 150 works from as many as 60 to occupy 12 rooms at the gallery. They also set an austere tone for the exhibition, as if to prepare the visitor's mind, placing five screens at the entrance with each one playing, on a loop, speeches any luminaries including King, Malcolm X and James Baldwin.

The eloquence and gravity each speaker brings to topics on black life and struggles is able to prime the mind and awaken emotions for an experience that excites as well as it depresses and could dampen the spirit as well as it reaffirms life, if not the necessity of art.

The first room is dedicated to Spiral, a collective formed in 1963 in New York by a group of artists who tasked themselves with figuring out their place and by extension that of the "black artist" in American society. 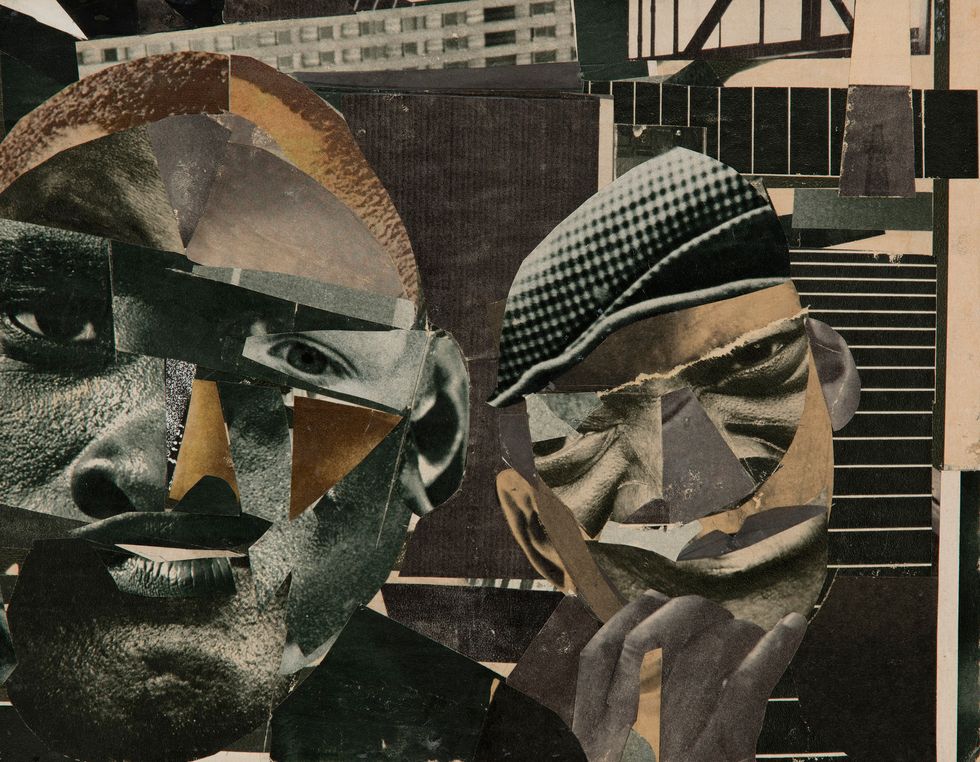 The group of 15 artists convened at Romare Bearden's studio between 1963 and 1965 and agreed to present joint exhibitions, but could not agree on common aesthetic grounds, or the more pointed question, "Is there a Negro image?" posed by member Norman Lewis.

Spiral's final decision to make works solely in a monochrome palette proves to be fruitful as it freed the artists from producing overtly political art by committee in favor of personal approaches and convictions.

Reginald Gammon's Freedom Now depicts marchers chanting with placards held up high, while Bearden's collages are made from printed newspaper cutouts one of which, The Conjuring Woman, portray a community healer.

My first time hearing of Bobby Seale, the Black Panther leader, in a substantive way was some years ago on a Black History Studies course led by Robin Walker, author of When We Ruled, a towering and exhaustive history of black peoples before the transatlantic slave trade.

A large part of one class was a listening session for which an excerpt from a recording was played, that of Seale at his trial for inciting violence. The judge had ordered for Seale to be gagged and his body bound to the chair to stop him from protesting a flawed trial and disrupting his own possible conviction.

Occasional recollections of Seale's physical pain and existential anguish have haunted me as if looking for a crystalized form I would find in Hammon's Injustice Case. Set against a white background, Seale's figure looks bleached out, or rather like a developing negative, with intrusions of color supplied from by the red, white and blue stripes of the American flag as if to show American horror in its rawest form informed and sustained by a fully formed consciousness. 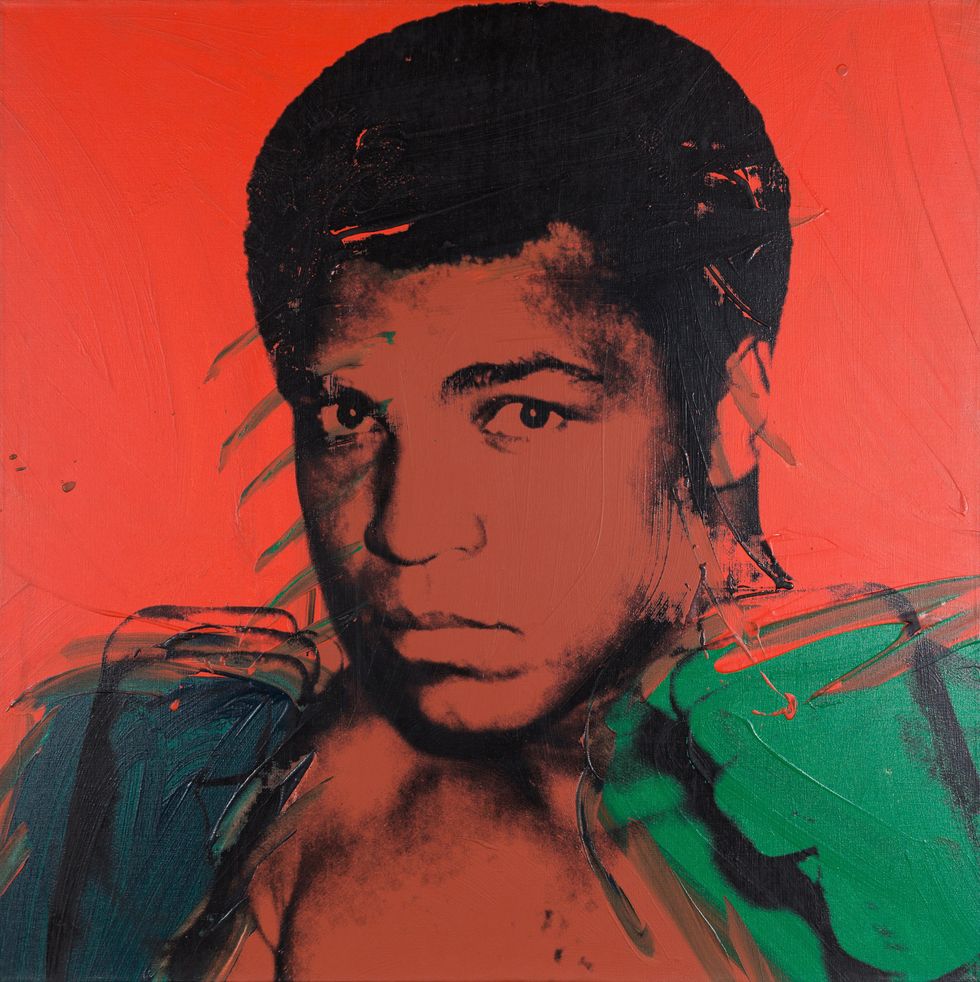 Assemblage art is well represented not least by Betye Saar, John Outterbridge and Noah Purifoy, who started his practice with the wreckage he gathered from the streets after the Watts Rebellion of 1965, an approach that invests his work with urgency as well as tragedy.

Purifoy's Containment Series includes squares of welded metal whose visible lines of joinery shares a wounded elegance with Kintsugi the Japanese technique repairing breakage and its philosophy showing damage part of a thing's essential make up rather than something to disguise or could give shame.

Abstractions of colours and soggy-looking shapes crop around the figure of Miles Davis in Jeff Donaldson's painting, further intensifying the image of Davis in midflow, eyes closed, cheeks puffed with air and fingers over valves and pistons, while the bell is a deep pool of colors that may well be the source of the abstractions.

Donaldson was a member of the Organisation of Black American Culture (OBAC) formed in 1967 in Chicago, the art collective who created the Wall of Respect as public tributes to "Black Heroes" for which they revamped an abandoned building and divided it into seven sections—Jazz, Theater, Sports, Statesmen, Literature, Rhythm & Blues and Religion. 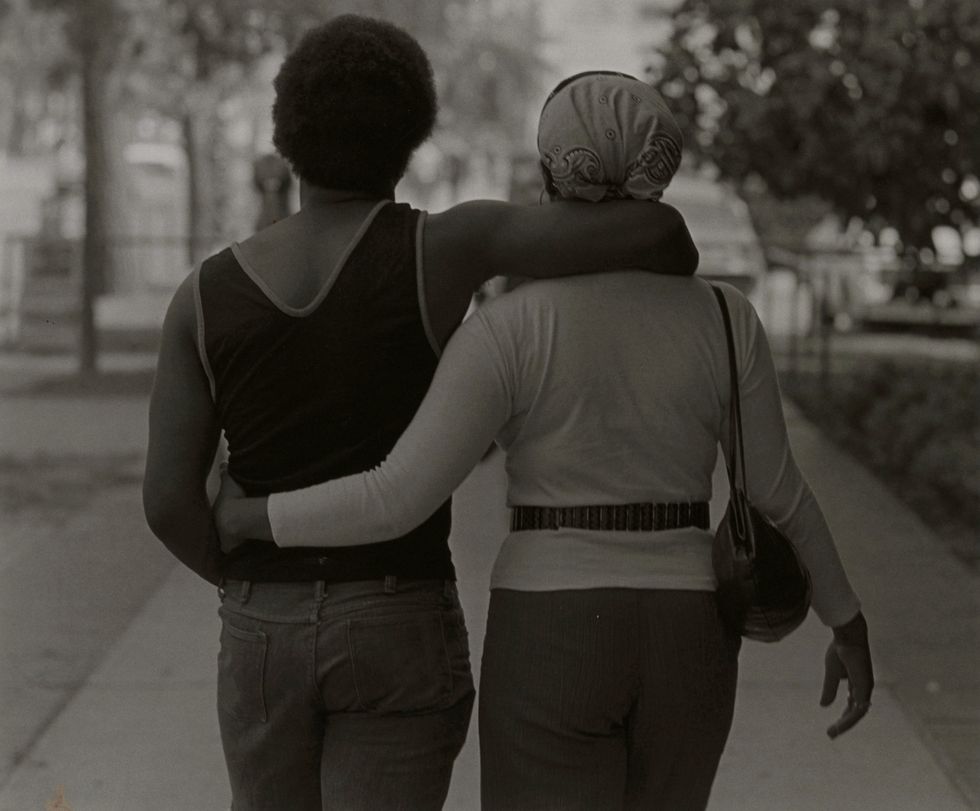 The photography section is dominated by the work of Kamoinge, a collective of photographers who in the 1970s published four volumes of The Black Photographers Annual and has become the most significant publication for African American photographers of that era.

Helmed by Joe Crawford, each of the four volumes featured works by, at the time, newcomers like Ming Smith and Elaine Tomlin as well as portfolios by established names which included James VanDerZee, Roy DeCarava and Moneta Sleet whose photograph of Coretta Scott King taken at Dr. King's funeral earned him a Pulitzer in 1969.

Toni Morrison, Gordon Parks and John A. Williams each wrote magisterial introductions to the volumes of Annual as did Baldwin who closed his own essay as if speaking from a pulpit:

"We have been through the fire and we know it and we have been tempered by it, in order to endure a day that is coming, and in order to raise up future generations: even as we were raised up. Nothing lasts forever, not even our suffering, and we have everything to celebrate: ourselves."

Decades of systematic discrimination from white run galleries, much of which is discussed in the exhibition catalogue, have kept many of the artists and their works from important galleries that would have deservedly raised their profiles and value in the marketplace—making Soul Of a Nation a much needed corrective.

Even more, its success could inspire substantial solo exhibitions by the featured artists at Tate and other watchful galleries, giving the artists wider and overdue recognition.

Take a look at more selections from Soul of a Nation, courtesy of Tate, in the gallery below. 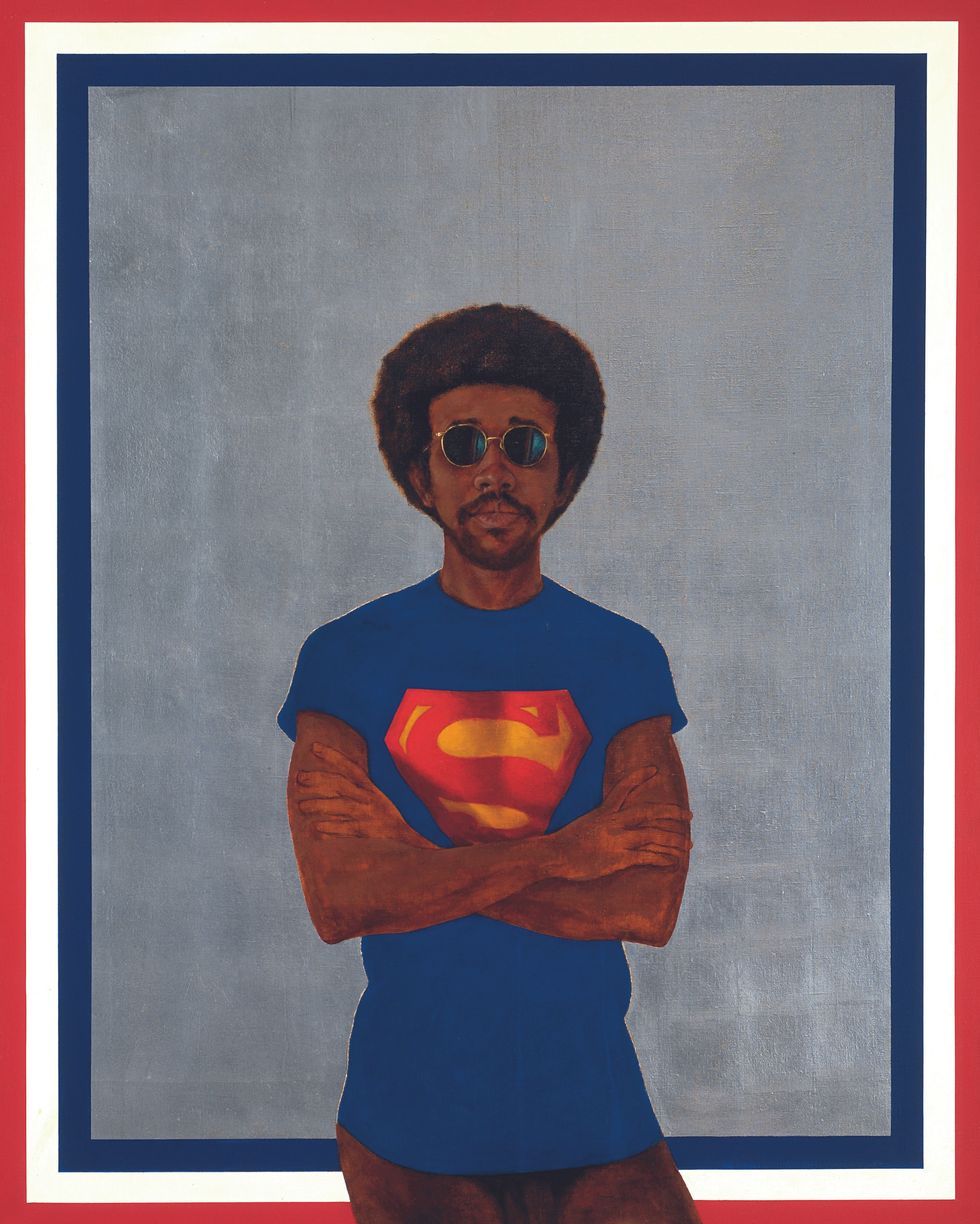 The Tarot Card collection of high end t-shirts is part of the brand's Spring/Summer 2020 collection. Each t-shirt features a unique design by Alabo "highlighting an Afro-Surrealism tarot card providing insight and guidance through symbolism and spiritual wisdom," according to a press release from Daily Paper. The designs reflect Alabo's artistic vision of using elements of fantasy and mysticism to critique African society.

"Daily Paper is dedicated to promoting African culture by honoring the past and its influence on their vision of the future," said the artist. "They push the boundaries and challenge the perception of Africa in the fashion world which is what I aim to achieve in the art world too. It just makes sense that we work together and inspire each other."