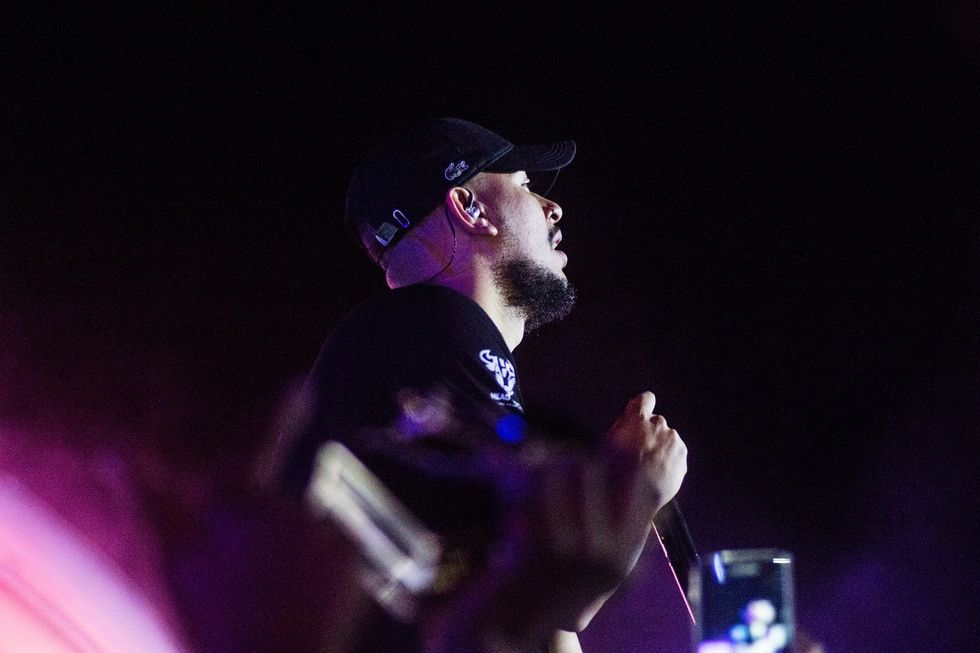 A few South African contemporary pop artists—AKA, TRESOR, NaakMusiQ—have been flirting with the genre that was popular in the 1980s.

In 2016, the South African rapper AKA decided he was done operating within the confines of rap. He rebranded himself as a pop star. On the country's biggest TV music show, Live Amp, AKA performed a brand new song that was an indicator of the new direction he was taking with his music.

In the song, which was titled "One Time," AKA sampled 80s bubblegum group Future's "Party Weekend." He added his trademark bass line and sang about the ongoing blesser-blessee trend that had swept South Africa in those years.

The next set of singles the newly announced pop star released was "The World is Yours" and "Caiphus Song," which he premiered on the popular Idols SA TV show. "Caiphus Song" assumed that title from the obvious sample of South African music legend Caiphus Semenya's "Matswale." AKA's trademark bass line made an appearance once again, this time around anchoring a bouncy rhythm that inspires South Africa's infamous wedding dance routines. "Caiphus Song" was reminiscent of the 80s, not just because of the Caiphus Semenya sample, but also because of its similarities to the wedding dance music made by Platform One, a group that was popular in the 80s and early 90s for songs like "Carolina," "uMakoti," "Isencane" and more.

While in his previous album, 2014's Levels, AKA was sampling dance music and giving updates on his life through raps, in his new music he wasn't rapping at all—he sang with the aid of auto-tune.

When AKA said he was becoming a pop star, he didn't mean western pop music, though it still plays a huge roll in his sound. He evidently meant '80s and '90s South African pop. He kept it current by adding elements such as the leading synthesizer on "Caiphus Song," and melodic vocals that were structured like raps.

Two years after the release of "One Time," AKA was hit with a lawsuit for the sample on the song, which he admitted to not having cleared because he couldn't find the artists.

Enos Thembinkosi Lubisi, one of the two surviving members of Future, was impressed by what AKA had done to their song. "I like the way he sings," he said. "His song reminds me of the music made in the '80s. I am pretty impressed with him. But next time he must give credit where it is due."

Bubblegum was characterized by the tangy and colorful synths and explosive TR-808 drum machine rhythms, with a tempo that was lower than disco's. Classic examples of South Africa's bubblegum include "Umqombothi" by Yvonne Chaka Chaka, "Korobela" by Kamazu, "Weekend Special" by Brenda Fassie, "We Can Dance" by Chicco Twala, "Angelina" by Caiphus Semenya.

Last year, one of the biggest South African pop songs was "Ntombi" by NaakMusiQ and Bucie. The song is unashamedly inspired by bubblegum from Naak's vocals whose influences could be anyone from Kamazu to Ali Katt, to the bubblegum trademark synths which screech and squirt the colorfulness of the genre that defined the 80s in South African pop.

"This is 80s, man, the influence was Brenda [Fassie]," Naak said during an interview on the popular Metro FM radio show The Drive with Masechaba & Mo Flava. "I didn't even think I wanted to do music at that point in time. But our parents loved this kind of music. It brought happiness into our households, our parties and our gatherings."

Masechaba added that the song took her back to the days of Sgudi Snaysi, a sitcom that was popular in the early 90s. The show's theme song was a bubblegum track, as it was the popular genre at the time.

A few weeks ago, South Africa-based Congolese musician TRESOR, teamed up with AKA for another bubblegum-leaning tune, "Electric Night." The song draws from the inspiration of bubblegum—disco. In the video, TRESOR and AKA perform under strobing disco lights and a shiny backdrop, channeling the music video style of that era, similar to what Daft Punk and Pharrell did on their disco-inspired collaboration "Get Lucky."

TRESOR started experimenting with disco and bubblegum in his 2016 album, VII, and carried it through to his 2017 release The Beautiful Madness. On the cover of his latest album Nostalgia, TRESOR is doing the infamous album cover pose that was popular in the 80s and early 90s—he's laying on his side, supported by one arm. He's dressed in shiny attire, which is reminiscent of the 80s and early 90s.

What the likes of AKA and TRESOR are making isn't purely bubblegum, but it sure draws a lot from it. South African artists are referencing genres that came before them and adding a modern touch to it. TRESOR in his latest album, Nostalgia, experiments with different vintage genres including disco and mbhaqanga among others.

The few songs mentioned above may or may not be starting a new trend similar to when South African hip-hop artists' obsession with kwaito started in the early 2010s, leading to the creation of a new subgenre, new age kwaito. Artists like Sjava and Muzi make progressive and exportable music that references vintage South African genres, ensuring their music resonates with both young and old. Which is not a new thing. The group Teargas incorporated Afropop in their hip-hop on some of their biggest hits like "Mhlobo Wami" and "Wake Up." A majority of the late HHP's hits sampled 80s and 90s songs—on "Anginamali," he sampled Chicco Twala's "I Need Some Money." But never has bubblegum existed so close to its pure form post-80s the way it is now, even if it's sporadic.

Nostalgia is a big thing among South African music fans, and maybe artists like AKA, NaakMusiQ and TRESOR know this, and are harnessing it to their advantage. Only time will tell if more artists will follow suit and lead to a fully fledged return of the popular 80s genre to modern South African pop music.