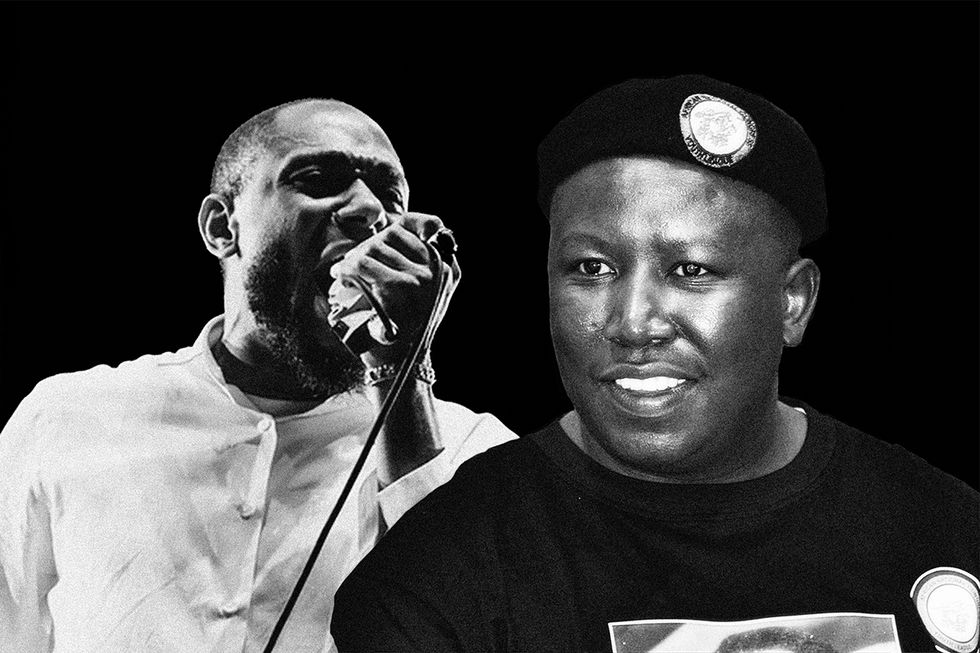 Yesterday we published an op-ed arguing that Yasiin Bey's attempts to defy immigration orthodoxy might be the push that we need to start looking at the system differently. Today, South Africa's Economic Freedom Fighters, a pan-African Socialist party led by the controversial and charismatic Julius Malema, is using Yasiin Bey's immigration woes to argue for an end to all visa requirements for Africans and members of the African diaspora. The EFF statement cites violence against blacks in the U.S. and Europe as a reason that South Africa should be more open to black emigration. In recent years, South Africa has seen periods of xenophobic violence directed against economic migrants from around the continent. Read the press release below:

All African countries and South Africa in particular carry a historical obligation to be home of all Africans from the diaspora because it was partly due to their efforts that apartheid was internationally condemned, sanctions imposed and Apartheid South Africa isolated until the regime capitulated to a negotiated political settlement.

It cannot be in the laws and practices of South Africa to criminalize, arrest and even deport Africans from the diaspora who made it their mission to visit and find home in South Africa. Africans in the diaspora, particularly from the US and most parts of Europe are harassed, assaulted, arrested, discriminated, treated as sub-Humans and even killed because of the colour of their skin. It therefore cannot be correct that when these Africans come back to their origins and roots, they are subjected to the same treatment by a black government.

The EFF calls for the immediate repeal of laws and policies that give the State the right to arrest, harass and banish Africans for immigration purposes. Enforcement of immigration laws, particularly for Africans in the diaspora who do not pose any security threat to the country, must be handled in a far much more humane and acceptable way. As a matter of principle, the South African government and all governments in Africa should waive the VISA requirements for all Africans in the diaspora who want to come home.

The EFF will write to the Ministry of Home Affairs to immediately withdraw all charges brought against Mos Def, and propose that the the ministry helps him and his family with administrative immigration issues that should be complied with. Banishment, arrests, and deportations of Africans from the diaspora cannot be done in the name of South Africans because many other Africans wishing to visit the country will be discouraged.

The EFF upholds and stands by progressive pan Africanist perspective that seek to defend all Africans in the continent and diaspora because for many centuries, Africans have been on the receiving end of slavery, savage killings, savage drowning in the oceans, colonial dispossession, racism and now imperialist control by whites.