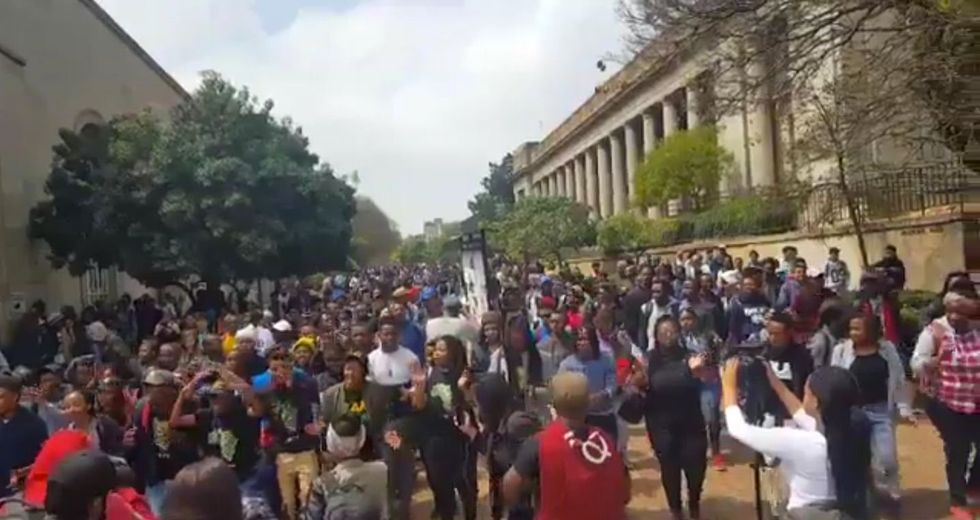 Higher Education Minister Blade Nzimande says it will be up to South Africa’s universities to determine their own fee increases for the 2017 academic year.

In October 2015, a proposed 10.5 percent hike in tuition fees set off a wave of student-led demonstrations throughout South Africa. The nationwide #FeesMustFall movement resulted in a zero percent fee increase. Just over 11 months since the initial onset of the student protests, South Africa’s universities are on fire for a second year in a row.

Higher Education Minister Blade Nzimandeannounced Monday at a press conference in Pretoria that it will be up to South Africa’s universities to determine their own fee increases for the 2017 academic year–with a suggested cap of 8 percent–and that the government will assist qualifying students (those from families earning less than 600,000 rand / $42,600 a year) to fund the gap between the 2015 fee and their institution’s adjusted 2017 fee.

Student groups at various institutions throughout the country responded with threats to shut down their campuses. Students have already begun protesting at the universities of Witwatersrand, Pretoria and Cape Town, where classes were suspended Monday ahead of Nzimande’s announcement.

Nzimande shifts gov responsibility to universities, and puts them in the fire by recommending an increase of no more than 8%. #Fees2017

The SRC statement in response to the Minister's announcement: pic.twitter.com/WWyOydUtlP

"Blade is saying 8%. We want free education. We are shutting down." - @WitsSRC president Kefentse Mkhari #FMf16pic.twitter.com/amciHnKKfP

Wits announcing that they are shutting down. #Fees2017#Wits@eNCApic.twitter.com/OAba3Dr8hB

Students are marching throughout campus as we speak #FeesMustFall2016pic.twitter.com/AJ2Pt6zHxk

TUT students getting ready for the shutdown pic.twitter.com/IvKOppTLaG