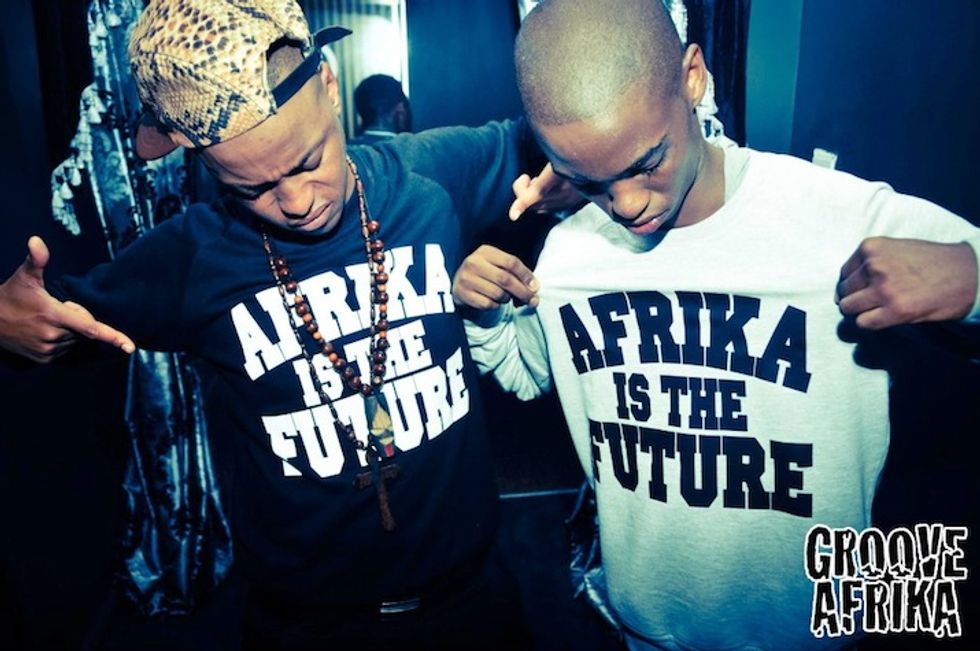 If by now, you haven’t become acquainted with Mohato Lekena, Robin Brink & Ross Dorkin, otherwise known as Glow LDB and their thirst for the musically enticing in their latest project entitled Aperture, you well and truly have not been paying attention. Cape Town’s answer to Boiler Room TV, this monthly event showcases local producers, beatmakers and DJs in an intimate setting that embraces each of their subjects’ aural talents, along with a video podcast that gives those who were not in attendance the chance to witness the live set along with an in-depth interview.

The last two episodes of the web series prove to have been wonderful nights of like-minded individuals gathering around to witness some of LDB’s most favoured discoveries, causing a wave of interest across the city. Whether it be electro, house or jungle, LDB has their ear to the ground for the acts they are sure will blow your mind, and they have not yet been wrong. First came mild-mannered Damascus, followed by beat nomad TehSynes, and now, this Friday, kwaito-house duo Groove Afrika will take to the decks at creative HQ it's a house. After finding some room in his tight schedule, one half of the Groove, Kgabo “Magroovana” Senyatsi, clued us up on what’s to come.

Tell us a bit about how Groove Afrika came to be.

Groove Afrika came about when I (Kgabo "MaGroovana") was on UCT radio. I used Groove Afrika as my own stage name, but when Don Pedro moved to Cape Town we always played together at gigs. From here we decided to use the name Groove Afrika for both of us together as a duo. From this point we were known as the DJ duo you know as Groove Afrika

We primarily play house music. Our styles vary from deep soulful house to commercial house. We are also known for our kwaito sets. We love to playing and promoting locally made music. In terms of clothing, we share the same values in our clothing as we do in our music. We aim to make quality clothing that anyone could wear, but uniquely expresses something subtly african. Quality and the upliftment of Africa is our main aim throughout our clothing and music. All our gear is locally made, and aims to empower local manufactures. Our parties are also an extension of this notion of pride in what it means to be an african in this day and age. Being African means so many different things for different people, and we try to unite people of different perspectives in an attempt to celebrate our shared differences. Whether you love deep house, commercial house, or hip-hop, we offer all music types under one roof.

What can we expect from Friday's event?

Expect to dance. Regardless of the circumstance we will make you dance. The world could be ending, but trust.... UZOJAIVA (translation: "You Will Dance)!

What, in your opinion will be the next big thing to "groove Africa?" (Because we’re witty like that)

Haha (clever clever!) we believe that Africans are yearning for a uniquely african experience that can be embraced by the world market. We are all just looking for something that will make us proud of being from Africa, So Africa's next big groove will be that person/brand/product that gives the youth pride to say "I'm African and Proud."