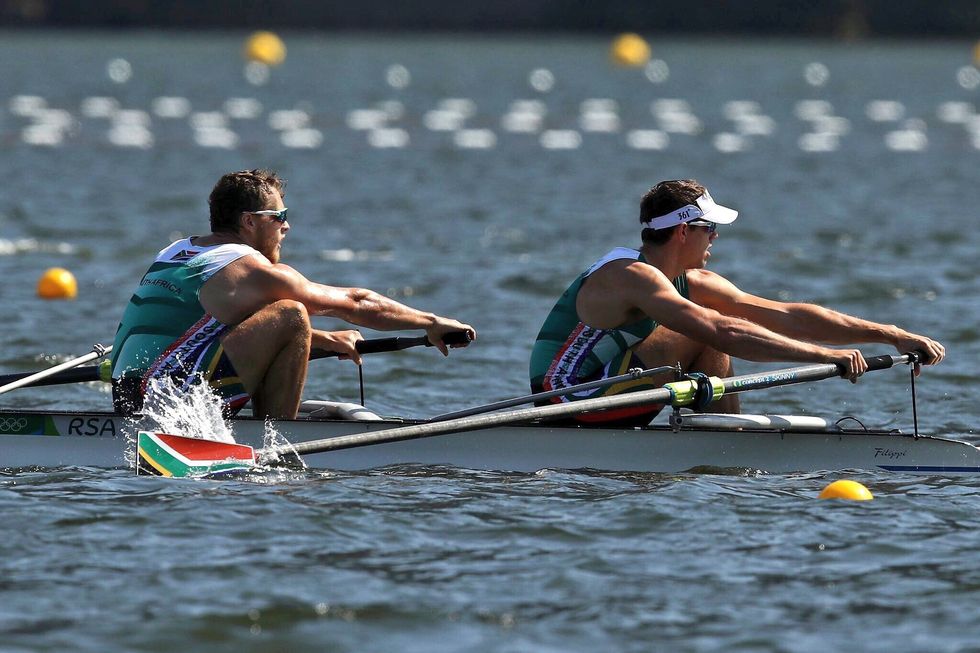 We’re less than a week in, and Team South Africa just picked up its third medal of the Rio 2016 Summer Olympics. Rowers Lawrence Brittain, 26, and Shaun Keeling, 29, took home silver in the men’s pair this afternoon with a time of 7:02.51, beating out the third-place Italian pair by just over two seconds. New Zealand came in first with a time of 6:59.71.

Brittain’s road to Rio was bumpy, albeit insanely inspiring, to say the least. In October 2014 he was diagnosed with Hodgkin’s lymphoma. He’d been living with the condition for two years before undergoing six three-week cycles of chemotherapy. In February 2015, he completed his final chemo session. From then on, his focus was back to rowing.

March Camp to March Camp. What an epic year. Now for another one... pic.twitter.com/W9ac9x5Jcc

To say Brittain’s kicked cancer in the ass is an understatement. Less than 18 months since his last dose of chemo, he’s an Olympic medalist.

#Rio2016 SILVER! Lawrence Brittain & Shaun Keeling post-race: "It sunk in on the line what we achieved" pic.twitter.com/sIgSg2nQeJ

#Rio2016 What a race from Lawrence Brittain and Shaun Keeling! Quick out the blocks and powerful finish for silver. Magnificent!

Silver medal for SA in the Men's pairs rowing well done to Lawrence Brittain and Shaun Keeling what a strong finish @SPORTATSABC ??