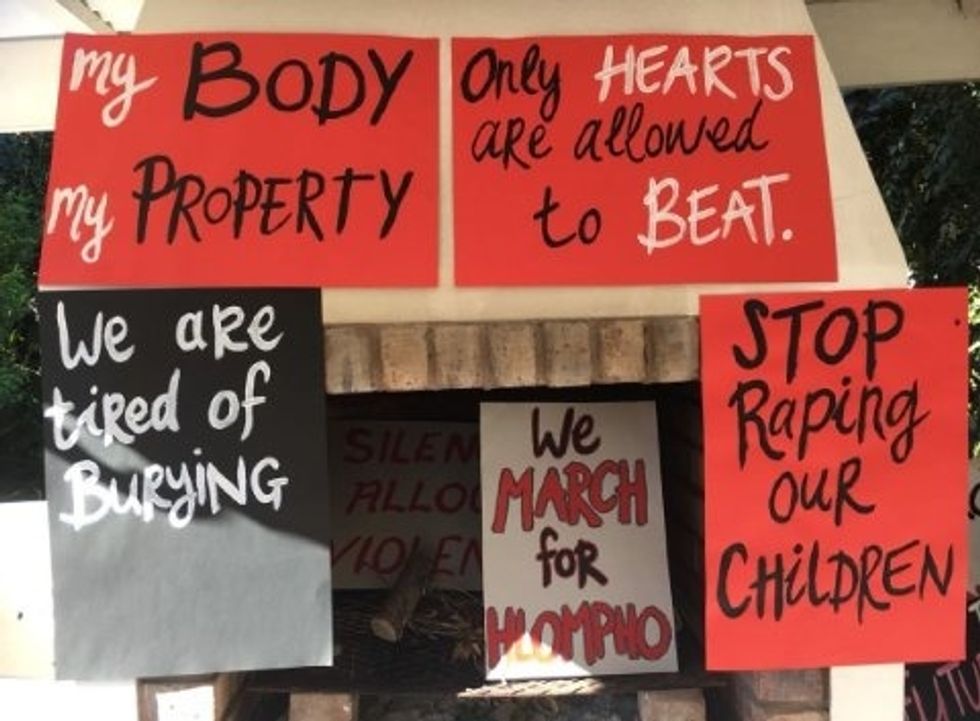 Organizers are demanding a stop to economic activity tomorrow to protest widespread violence against women.

South Africans are on a mission to put a stop to gender-based violence in their country, and one of the many ways they are doing so is by fierce activism and organized protests.

Tomorrow, supporters of the movement towards gender equality will gather in Durban, Pretoria, Eastern Cape and elsewhere around the country for #TotalShutDown, "an intersectional women's march" against all forms of violence and abuse against women. Organizers are pushing for a pause of all economic activity in observance, reports Eyewitness News South Africa.

The protest serves as a reminder to the dangers of toxic masculinity and the harm it inflicts on women's bodies. "My body not your crime scene," is the movement's rallying cry. According to Eyewitness News South Africa, men have been asked not to attend Wednesday's march, as men are the main perpetrators of sexual violence in South Africa.

Some men are finding other ways to support the cause.

Brothers, tomorrow, 1 August is the Intersectional Women’s March. Although you can’t join the march, there are ways… https://t.co/vWUxA5lcYh
— @BrothersSA (@@BrothersSA) 1533044203.0

#TotalShutdown is likely to draw a large crowds, as many on social media are expressing their support for its mission and are seeking out ways to get involved.

We have elaborate celebrations of women’s month in August but women are never safe to walk the streets of this coun… https://t.co/3AWMNCQwmW
— Shaeera Kalla (@Shaeera Kalla) 1533047975.0