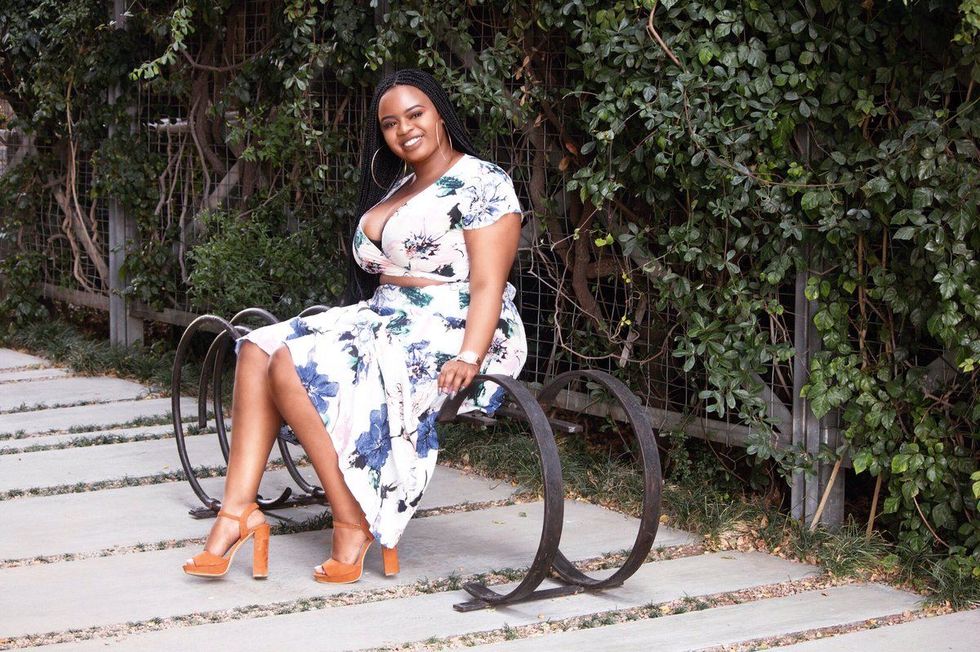 In what some are calling "the clap back of the year," Lesego Legobane, dragged a body shamer, and we're all fans.

South African model, photographer and blogger, Lesego Legobane, who we featured on our list of African women who will make you rethink #bodygoals, knew just what to say when popular South African Twitter user, Leyton Mokgerepi, implied that she was undesirable based on her size.

Mokgerepi posted a side by side image of another woman, next to Legobane's picture with the caption, "Girls who I like vs. Girls who like me."

Upon seeing the tweet, the model, also know as Thickleeyonce, set the offender straight with four simple words: “I don't like you."

The stinging response garnered widespread praise on social media and is currently pushing a million likes. It's been faved by the likes of Ava DuVernay and Nicki Minaj.

Legobane told Buzfeed that she's received messages from women who were inspired by her body positivity, and that she's glad that her tweed has encouraged self-love. "It means a lot to me that I can change someone's perception about their physical appearance by loving my own," she said.

The other woman pictured in the side-by-side wasn't having it either. "It was not a well thought out compliment, if that is what he was trying achieve," Joëlle Kayembe told Buzfeed. "And to use one woman's picture (mine in this case) to body-shame another is just rude and unnecessary!"

As if the world needed another example of an obnoxious ass' 🙄 https://t.co/77WA0OFGfs

Basically, no one is here for body-shaming or misogyny either, for that matter. We're very glad that Legobane put homeboy in his place—we're willing to bet that he won't try this foolishness again.

"I hate it when men think that fat girls are desperate and that we like every other guy 'cause we don't have options," she said. "It's utter nonsense. I can be fat and still be out of your league."