The 20 Best South African Songs of the Month 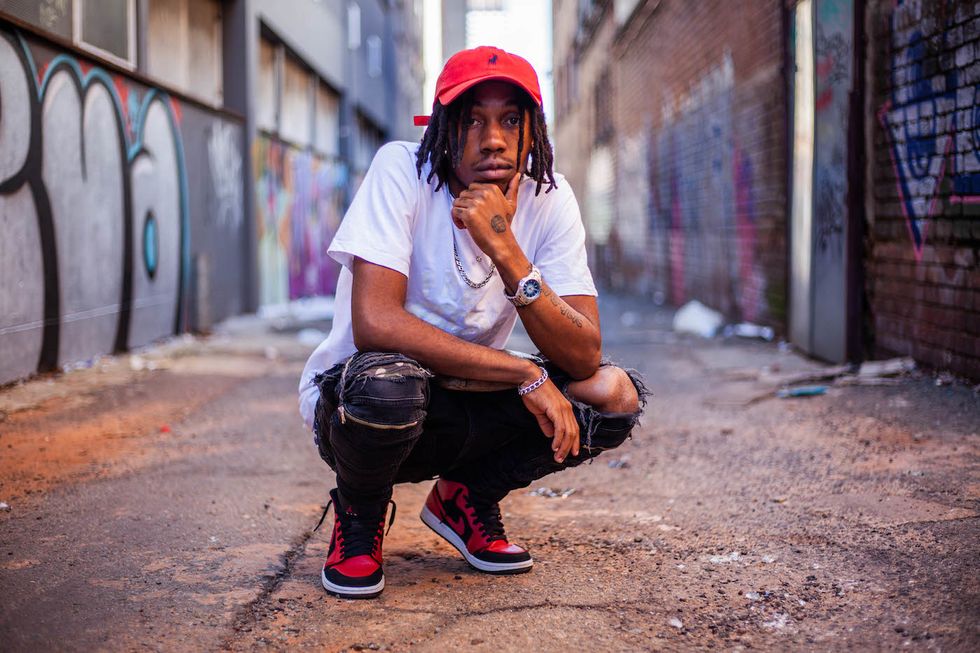 Our list of the best South African songs of the month includes new singles that dropped in August, alongside those that were highlighted by getting the visual treatment.

Check out our selections below, which feature 25K, Moonchild Sanelly, Stiff Pap, Sio, Ayanda Jiya, among others.

Arguably the strongest song on Stiff Pap's new EP Stiff Pap Radio, "Mkokotelo," just like its siblings, references the past while looking into the future and living in the present. Kwaito, house and electro merge perfectly, met halfway by engaging storytelling from the duo's rapper Ayema Problem.

"Dlala" feels like summer. Moonchild Sanelly has a knack for kwaito, and meets the producer Lunatik halfway. She laces the instrumental with kwaito-esque verses and hook.

25K's street hit gets treated to expensive verses from SA hip-hop royalty, AKA and Emtee, and it's lovely.

An introspective opening song to ATM members Just G, Ranks ATM and Sims' collective mixtape 3 Way, "Where Would I Be?" boasts a strong hook from Emtee and focused rapping from the trio over a soulful trap beat by Ruff.

Solo and Kwesta share a kwaito instrumental that teleports you straight to the golden era of kwaito—the 90s and early 2000s.

Camagwini returns after a five-year hiatus sharp as ever. On "Dubai," she blends maskandi, Afro-soul and rock and, reflects on making a questionable decision when she chose money over love.

A feel-good tune that references South Africa's 80s' bubblegum pop music, "Burning Out" is both ratchet and sophisticated.

Priddy Ugly and Bontle Modiselle rope in Forcalistic for "Moenie Worry," a song from their joint album as Rick Jade. Old school kwaito and amapiano lend influence to the dynamic and jolly standout song.

For this joyful reflection on his journey, Manu WorldStar floats without any effort above open-ended production from Ganja Beats. "Young African Story" is the title track on Manu WorldStar's new EP of the same title. Peep it.

​DJ Kaymoworld ft. 25K, Espiquet and Reason "The Come Up"

Solid collaboration curated by DJ Kaymoworld. Reason and Espiquet spit playful potent bars, while 25K seals it with a hook that demands your attention.

Ami Faku releases a motivational ballad from her upcoming debut album Imali. "Inde Lendlela" lets you know that you are not alone in your struggles, the road is long by nature.

"Omama Bomthandazo" is a song by Samthing Soweto and poet Makhafula Vilakazi, which the artists released to commemorate Women's Day (August 9) and Women's Month (August) in South Africa. They sing praises to black mothers who sacrifice a lot of their lives for the better of their kids.

One of many great tunes from Sio's debut album, a selection of electronic soul tunes in which Sio shares her views and experiences on love and life.

"Feeding Time" showcases breath-taking production from Narch making for a song that troubles your eardrum, but you'll love it.

Kwesta and YoungstaCPT trade heartfelt verses over a deep bassline which contributes to the song's intensity and emotion.

YoungstaCPT highlights "Old Kaapie" from his album 3T as a single by giving it the visual treatment. "Old Kaapie" preaches resilience to South Africa's coloured community. The video was shot in Eldorado Park, Joburg and showcases coloured life in the neighborhood.

Clement and King Monada croon with the aid of autotune over a beat that marries South African house, trap and pop on their collaborative single "Good Life."

Sho Madjozi introduced an unreleased single titled "John Cena" during her viral performance on A COLORS SHOW. It's Sho Madjozi performing lyrical acrobats over a gqom beat, as usual.