4 Great South African Albums & EPs That Came Out This Week 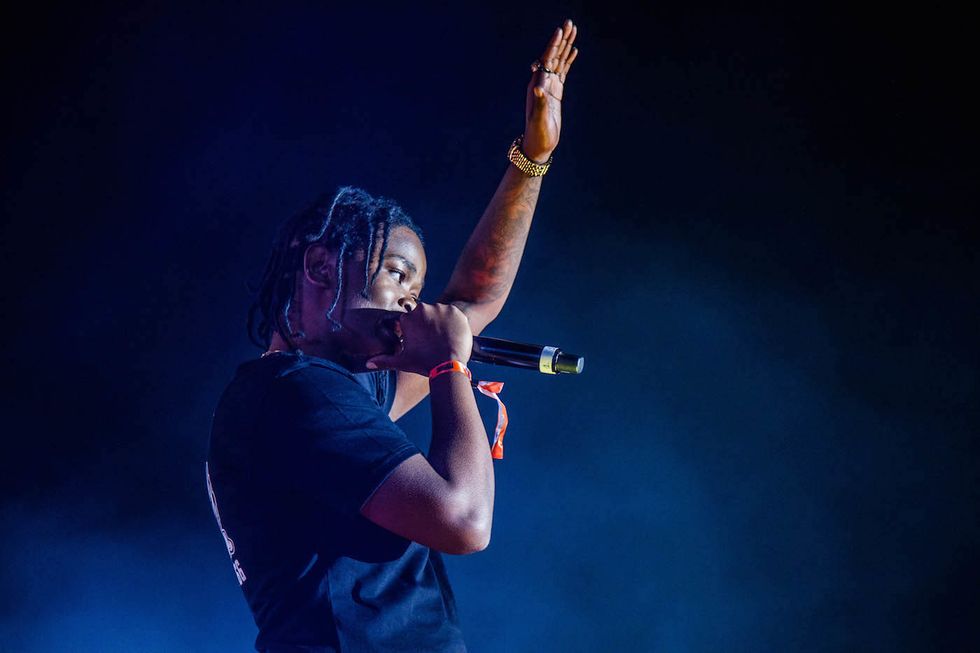 You need to check out these releases from Muzi, Batuk, Zoocci Coke Dope & Flame and Kommanda Obbs.

It's been a busy week for South African music.

Read ahead below as we share with you four great releases that caught our attention this week. The list is in no particular order.

Muzi's album Afrovision blends electro with varied indigenous South African sounds. A great example is the opening song, "Kini," which boasts an eardrum-wracking bassline and a catchy rhythm wrapped around a recurring guitar squelch that is prevalent in mbhaqanga. How about the percussion on "Daylight"? The album's first single "Chocolate Dreams" (featuring Una Rams and Nigeria's Seaba) flirts with Afrobeat and West African pop, and so does "Nu Day" which features OkMalumKoolKat. Afrovision lives up to its title. It references a lot of music from the continent, and is progressive. And most of the songs having vocals give the album a replay value that most South Africans, and the world at large, will appreciate.

Another one for the dance floor, Kasi Royalty by the duo Batuk also references South African genres such as kwaito and SA house and blends them with electronica. If you love your dance music with melodic vocals, this is the album for you. Not to be overlooked on Kasi Royalty is the songwriting. A song like "Just To Touch" excels because of the simplicity of its lyrics, which are also relatable. Songs like "Deep Ocean Deep," "Can You Feel My Heartbeat," among others also follow the same formula. As we said, on our review of the duo's EP Move!, kwaito lives through their music's DNA, and there are plenty references on here that will have you feeling nostalgic while still managing to not sound outdated.

Two of the most promising hip-hop artists and producers Zoocci Coke Dopeand Flame teamed up for a collaborative EP. Titled Do Not Disturb, the project showcases the pair's production, rapping and singing skills. Do Not Disturb is addictive. Ominous keys creep under droning bass lines and 808 kicks and snares, as the artists lace the beats with vocals that are easy on the ear without sounding cheesy. DND combines bravado, vulnerability in eight tracks that will leave you begging these two for an album. South African hip-hop's new wave ain't nothing to fuck with, and DND attests to that. As Zoocci raps on "Amazing Grace," "fuckboy, know your place/ you looking at one of the greats."

South Africa-based Lesotho MC Kommanda Obbs has been perfecting a style that is boundless without being corny or him trying to be a lot of things at once. His self-titled album, released by the South African indie label Native Rhythms, showcases the artist's versatility while still being coherent. His raps are melodic, the music rich with saxophones, bass guitars, and kicks that bang hard. Only two of the 13 songs on the project have guests—the jazz artist Bhudaza appears on "Pina," while the rapper ProVerb and the singer Mapule appear on the inspirational "I'm Capable." If you understand Sesotho, you'll know Kommanda more by the time the last song is over. If you don't, the melodies, flows and beats will keep you engaged.