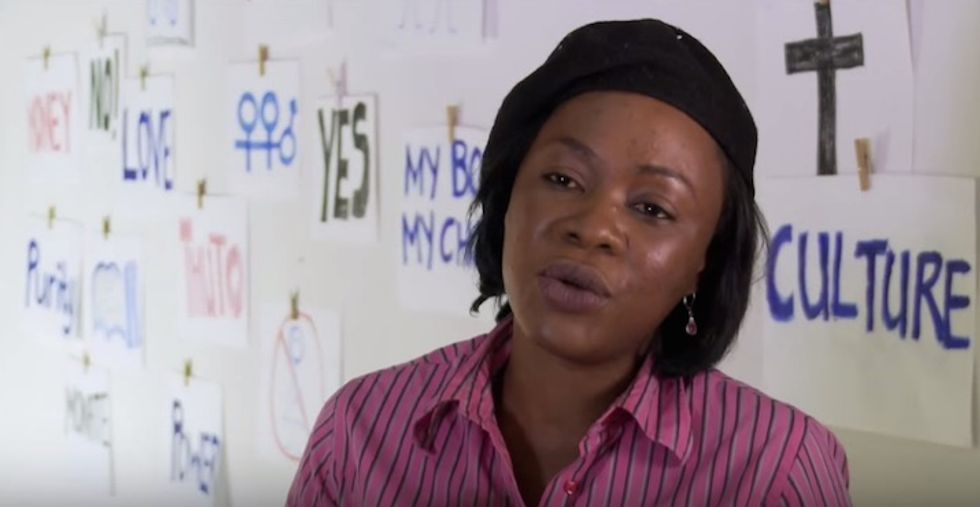 It's fitting that the premiere episode of the new South African web series Women on Sex revolves around virginity, one of the first topics on sex that young women and men typically encounter.

As promised by producer and director Mmabatho Montsho, the episode consists mainly of candid 1-on-1 interviews with women whose professions span from an assistant pastor to a film and television actress. The discussion organically bounces from religion to marriage to shame and science. However, the issue of society's double standards immediately emerges as the main bone of contention for each interviewee.

"Virginity in a man is frowned upon, whereas with a woman it is imposed; it is expected," said interviewee Khosi Jiyane, a clinical psychologist.

That such a glaring commonality exists among such a diverse group of women only seems to confirm Montsho's creation of the series.

Stay tuned for our continuing coverage of Women on Sex and watch the first episode below. Keep up with the series on Facebook.