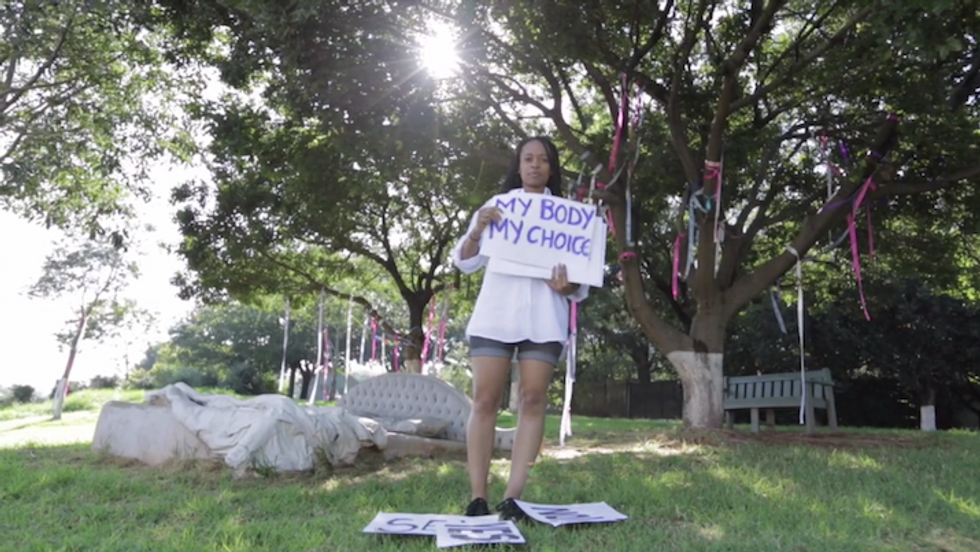 Black women explore the taboo politics of South African sex and how it affects their lives in a series from Mmabatho Montsho.

This week marks the start of South Africa's Women's Month, an annual commemoration of the wives, mothers, daughters, and sisters who led a historic march against apartheid pass laws in 1956.

Coinciding with the national holiday, Johannesburg-based actress and director Mmabatho Montsho has produced a 10-part web series centered on South African sex and its impact on the daily lives of women. The candid interviews featured in Women on Sex include television and radio personalities Khanyi Mbau, Hajra Omarjee and Refiloe Mpakanyan, as well as doctors, pastors, businesswomen and more.

“There are so many factors that influence not only how and when black women have sex, but also how, where and when we are able to talk about it freely," Mmabatho said in a press release. “Social media has provided a wonderful platform for black women to ensure that their voices are heard and as a budding director, I felt I could contribute another platform for candid conversations about sex and to put it on record. It is a conversation that needs to be encouraged beyond Women's Month."

The first episode of Women on Sex will debut on Friday, Aug. 7, on YouTube. Watch a trailer for the series below. For more, check out Women on Sex on Facebook and Twitter.