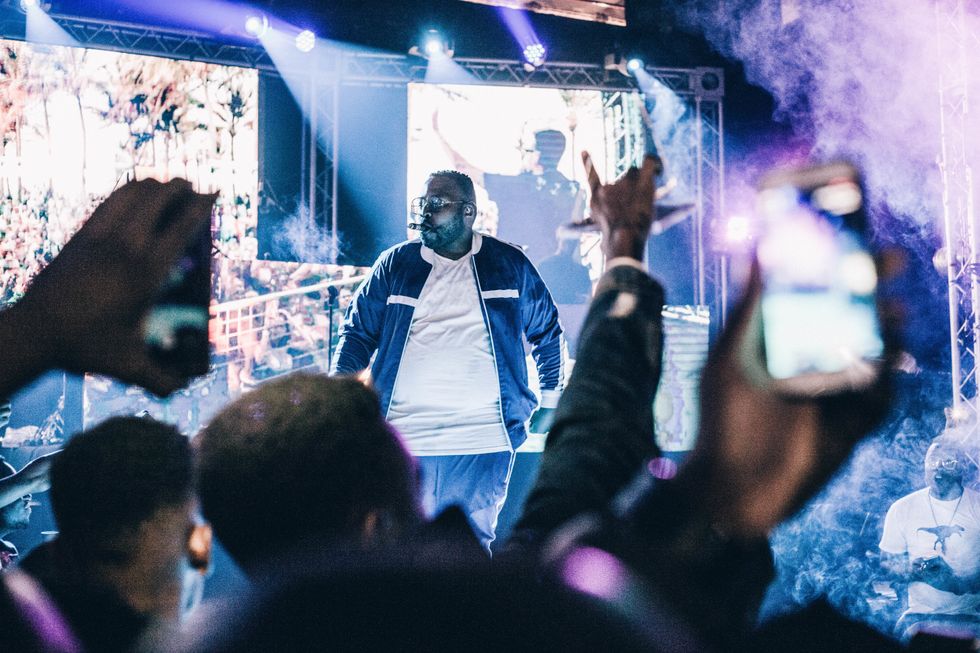 The two lyricists chewed some fat on a range of issues, including getting better treatment outside South Africa, Stogie T being the Joe Budden of South African hip-hop, being great lyricists, and the generational gap in the game.

Stogie tells the young rapper how impressed he was with his skill when he first heard him. "I was like, 'From where? Where did this skill and talent come from?' With us, in my era, you can pull up to five or six dudes who were nice."

Nasty explains how he became the razor-sharp lyricist he is: "I wasn't looking up or keeping up with artists that were around my age group. I was more focused on what the older guys were doing—the T.I.s, the Waynes, Juicy J, Jeezy…"

The two lyricists also discuss the fact that, in this era, artists don't need hits as much as artists from the yesteryears did.

"The kids don't care if you have mega hits anymore," Nasty says. "As long as they can attach something to you, they can relate to you, your social media is buzzing, or if you're just interesting in interviews and stuff, you can still be as good as the guys that need to release trap songs or pop songs to make the numbers."

Stogie, in agreement with Nasty, makes an example with the rapper YoungstaCPT's success, citing how the internet has allowed artists to tell their stories fully on their own terms and that makes people gravitate towards them.

When Stogie uses Drake-versus-Pusha T and Joe Budden-versus-Migos beefs to highlight the tension between the old and the new school, Nasty scoffingly says, "You didn't mention yourself. You sort of were like a Joe Budden at some point."

Stogie has been labeled a bitter OG several times for being critical of some ways of the new-school. More about that here.

"I'm glad you said that," the seasoned lyricist retorts. "Those kinda comparisons, right, they kinda unfair and misplaced because I need people to understand a certain thing. Just on a personal level, a human level, imagine you are like Cristiano Ronaldo, right, and you've done really well, people laud you and time is running out, there's a new crop, and finding your place can fill you with a lot of anxiety, right. I will play devil's advocate for artists who knew this thing to be a certain way, it had a certain sound and certain look, and you have to deal with the fact that my time is running out. I don't recognize this thing in this form. When you express what you know to be your values, it comes across as, 'I don't respect one, I don't value two, I don't see three… and that's not always the case."

Nasty adds that he gets where most OGs are coming from when they appear bitter about the new school, especially how easily they succeed in the internet era.

Read: Nasty C Is 10 Minutes Away From a Classic In 'Strings and Bling

"Personally," says the young rapper, "I understand where it comes from, like most of the time, they feel that way, or they come across that way because what they're basically tryna say is, 'We had to work, we had to take 50 more steps just to get to where you are right now.' It's fair, it's the truth; you guys had to work harder than you had to; we just had to get on the internet and figure it out. You guys literally had to be on the street, selling your CDs hand-to-hand. I understand where it comes from. Sometimes it doesn't come across very well."

This is a very interesting and important topic discussed by two very prominent figures of South Africa's old and new school hip-hop eras. Stogie T (while he still rapped under his real name Tumi Molekane) was an MC before it was as lucrative in the country as it is now. Him and many of his era know the struggle. Stogie T is only achieving mainstream success now, more than a decade since he started rapping. An artist like Nasty C, in contrast, didn't have to be a niche artist for that long. At 21, he has achieved what many of Stogie's generation can only dream of.

Watch the full conversation below, and revisit some of Nasty C and Stogie T's collaborations above, as well as their latest projects Strings and Bling and Honey and Pain below: