The Trailer for HBO Doc 'Stolen Daughters: Kidnapped by Boko Haram' Is Here 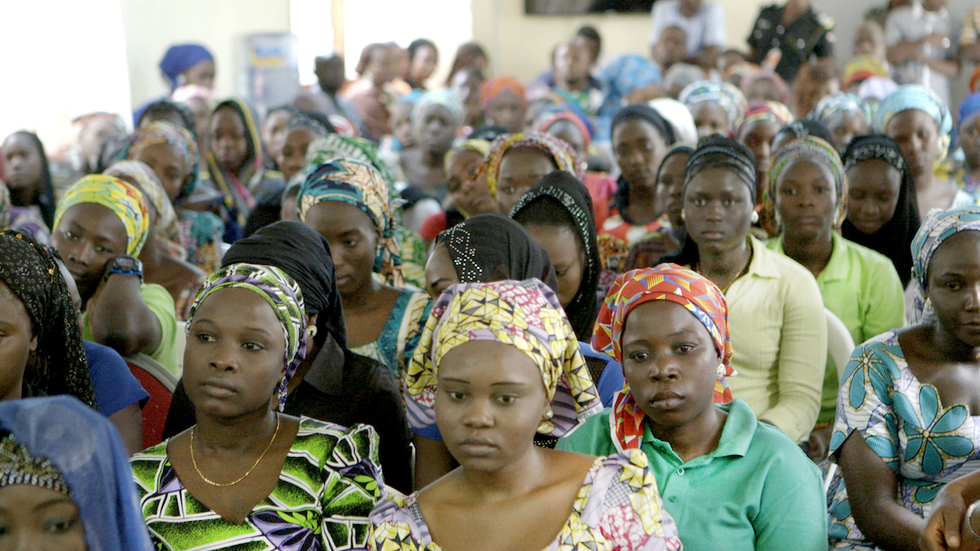 The documentary reveals the lives of Nigerian school girls in the year after their 2017 release from captivity.

This past May was the first anniversary of the release of 82 of the 276 Nigerian school girls who were kidnapped by extremist insurgent group Boko Haram from a school in Chibok, Nigeria. They were then hidden in Northern Nigeria's Sambisaforest for three harrowing years.

We also got wind this past May that Stolen Daughters: Kidnapped by Boko Haram, a documentary revealing how the girls are adapting to life after their traumatic experiences, would be coming to HBO this fall.

Following a global social media campaign with the hashtag #BringBackOurGirls, featuring global celebrities such as Michelle Obama, huge pressure was brought to bear on the Nigerian Government to get the girls back. Three years later, 103 had been freed and a handful had escaped. Stolen Daughters: Kidnapped by Boko Haram chronicles the young women's experiences following their return, including reunions with family members they had not seen since being kidnapped, as well as the process of coming to terms with what happened to them.

The filmmakers were granted access to the freed girls, who were taken to a secret government safe house in Abuja upon their release as per required, where contact with the outside world is severely limited. They have been receiving education and counseling, though they are discouraged from talking about their time in the forest.

Despite that, some girls in the film do reflect upon their experiences as they learn to adjust to life on the outside. You'll meet Margret Yama and Hannatu Stephens, two girls from the group of 82 that was released in May 2017, as they reunite with family and friends. They eventually transition to a residential, government-funded program at the American University of Nigeria in Yola.

Stolen Daughters also turns the lens to the "Forgotten Girls"—other women and girls who have fallen prey to Boko Haram—in Nigeria's northeastern city of Maiduguri. The women and girls share their disturbing stories of abduction and treatment at the hands of the terrorist group, as well as their eventual escape from captivity. Many of the Forgotten Girls enjoy none of the privileges the Chibok Girls have afforded and many are treated with suspicion because of their connection to Boko Haram.

Stolen Daughters: Kidnapped by Boko Haram debuts on Monday, Oct. 22 at 8:00 p.m. EST on HBO. The documentary will also be available on HBO NOW, HBO GO, HBO On Demand and partners' streaming platforms.