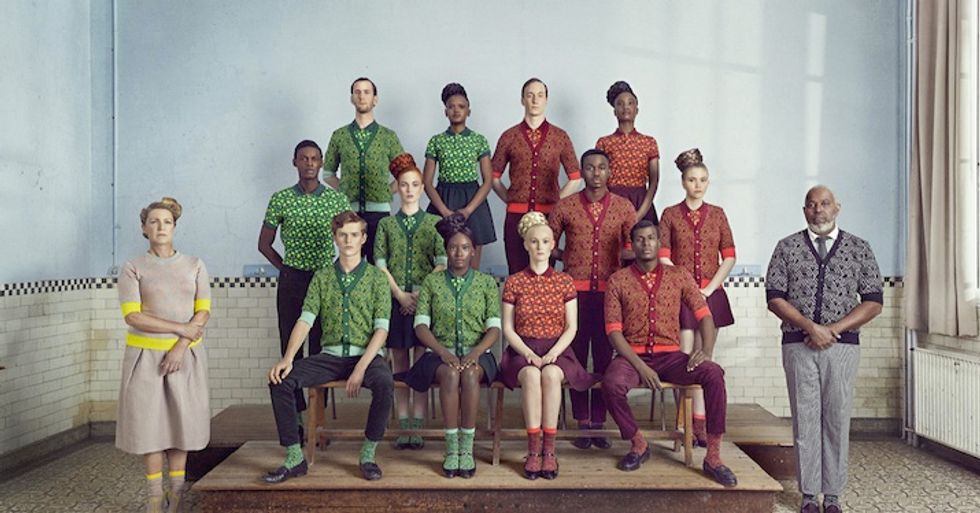 Back in April Belgian/Rwandan electro-crooner Stromae launched his very first clothing line, a collaboration with Brussels-based multi-disiplinary creative duo Boldatwork. “I was always interested by style and clothes," Stromae (also known as Paul Van Haver) told The Business of Fashion. "I always paid extra attention to my looks as a performing artist, but the desire to create a brand came as I was going through my music career. I wanted to express myself in a new way.” Van Haver's label is a natural extension of his quirky on-stage styles and stunning music video palettes. In 2013 Stromae's thumping dance track "Papaoutai" offered some of the most imaginative visuals all year, and he followed up with a larger-than-life, immaculately-dressed clip for "Ta Fete" in 2014.

For their first capsule collection, MOSAERT (an anagram of Stromae) introduced a colorful array of unisex cardigans, pullovers, polos, and socks. The second capsule, which launched earlier this month at Paris concept shop Colette and is also available to order online, brings new polo, sweater, cardigan and sock designs produced in limited quantities in Europe. "It is characterized by a mixture of the meeting of the 'English school' cuts, the checker and isometric patterns and the warm colors of the African wax," MOSAERT explain. The accompanying look book is a whimsical take on vintage class photography, which you can view above.