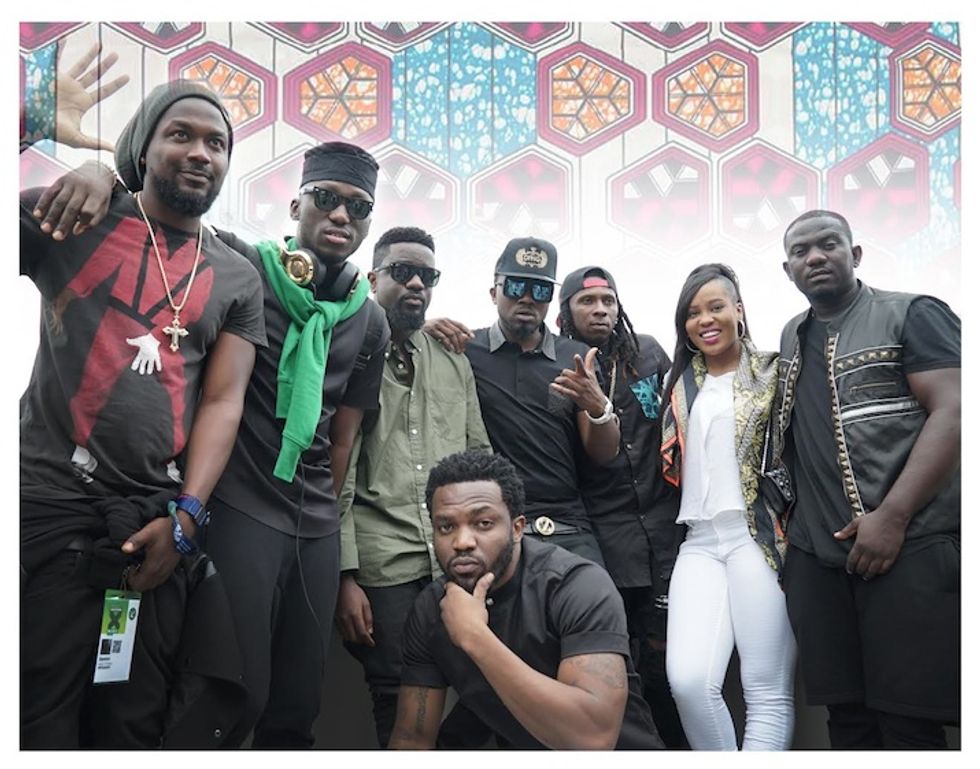 Later that night the whole gang — with the notable additions of Davido, Côte d’Ivoire’s Serge Beynaud, and DJ Spinall on the decks — brought Lagos and Accra to Austin's 6th Street for the first ever Sounds From Africa official showcase (produced by Rickie Davies PR, Winnie K Mgmt, and Coyah Productions). In what turned out to be the closest thing to a hot and sweaty West African nightclub SXSW has ever felt, the party saw Sarkodie and Ice Prince, arguably the two hardest emcees in Austin that night, on stage together to perform their "Shots On Shots" collaboration live. Meanwhile, superstar Davido closed out the night with a slew of his hits, including a "Dami Duro" sing-along.

While we were in Austin, Okayafrica TV caught up with a few of the artists on the roof of the Convention Center (more on this to come soon...), where NY-based photographer/filmmaker Garth von Glehn snapped some behind-the-scenes portraits of Ice Prince, Sarkodie, R2bees, Emma Nyra and DJ Spinall. Browse through a gallery of von Glehn's pictures above.