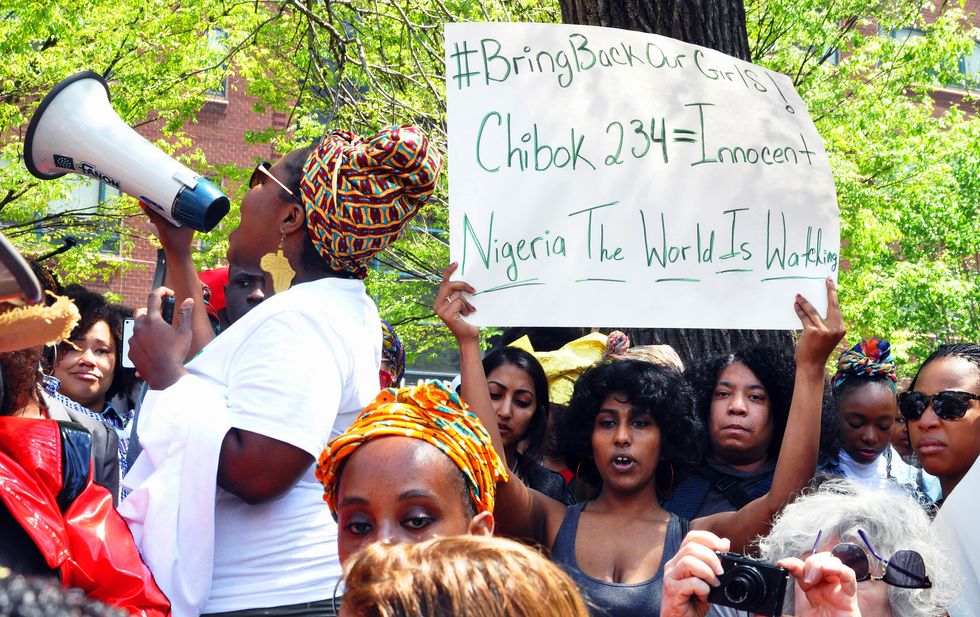 Thursday’s incredible news that two of the Chibok schoolgirls kidnapped by Boko Haram were found has captured international attention, but the details surrounding their recovery remain murky. Meanwhile the reactions to the events by both the international media and Nigerian authorities have ranged from clumsy to possibly deceitful.

In a statement, yesterday, the Nigerian army initially referred to the first girl, Amina Ali Nkeki, who was recovered with her 4-month-old baby, by the wrong name. Her parents, like those of many of the Chibok schoolgirls, live in remote areas of Nigeria without internet access which led to difficulties confirming her identity.

Serah Luka, the second young woman recovered this week, was initially reported to be among the Chibok girls, but that claim has been disputed by a spokesman for the girl’s family, activists and people of Chibok, who have asked for more proof. The strange discrepancy raises the question of whether Nigerian authorities are trying to shoehorn the second girl's recovery into the narrow narrative of the #BringBackOurGirls social media campaign which has captured the world's attention since the 276 girls were kidnapped by Boko Haram at gunpoint from their  high school dormitory in northeastern Nigeria two years ago.

While recovery of both girls is certainly cause for celebration, Nkeki’s immediate meeting with Nigerian President Muhammadu Buhari at his villa Thursday, despite her poor condition, demonstrates a lack of regard for her mental health and privacy as well as a lack of compassion for the trauma she has been subjected to by the terrorist group Boko Haram. It has been previously reported that other women and girls freed from the noxious Islamist militant group have been subjected to ridicule and shame as well as labeled as “annoba,” meaning epidemic, or “Boko Haram’s wives,” once they return home to their communities.

What’s more—images of both young women have been plastered in the media, which represents a double-standard in how victims of violent and sexual assault should be treated, and further complicates their re-entry once home.

Don't media ethics apply to coverage of Africa? Two photos of rape victims recently, one naked on TIME cover, the other of Chibok girl. WTF.

I wish media platforms and all others who are spreading #ChibokGirlAminaAli's picture would stop for a moment & think of her #HumanDignity.

In total, 218 Chibok girls are still missing since their abduction on April, 14 2014. Let’s hope that all of the young women will be recovered soon—and when they are—allowed the adequate time and space to heal.