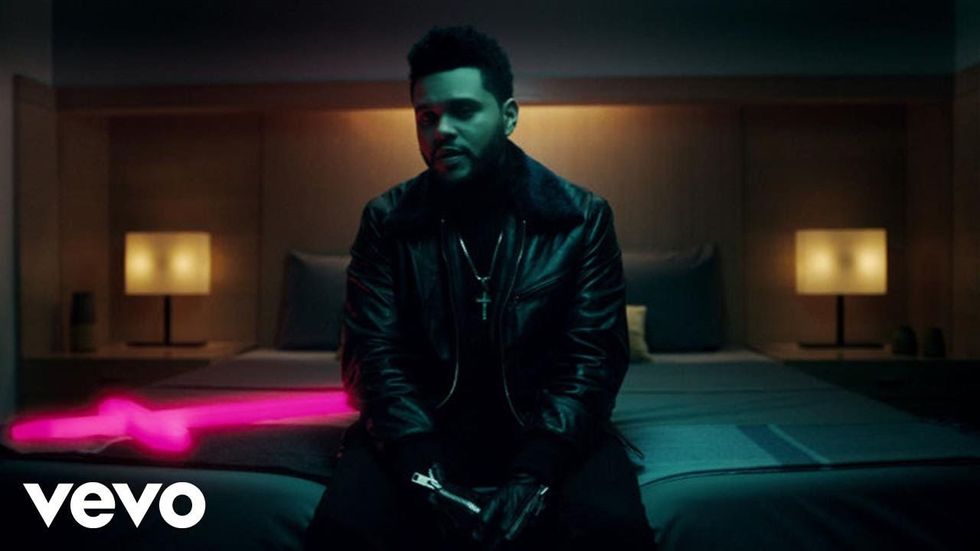 The Weeknd shares the music video for "Starboy," the Daft Punk-featuring lead single from his forthcoming new album.

The Weeknd's sharing the music video for "Starboy," the Daft Punk-featuring lead single and title track from his forthcoming new album, due November 25 via XO/Republic.

The new video was directed by Grant Singer, who also directed the videos for "Can't Feel My Face," "The Hills," and "Tell Your Friends."

In "Starboy," The Weeknd—aka Abel Tesfaye—can be seen kidnapping and murdering his old self, including his famous hair-do. The new-and-improved Tesfaye walks around destroying the old Weeknd's platinum record plaques with a neon cross before driving away in an expensive ride.

Old becomes new. Dreadlocks turn to close cuts. A black cat transforms into a panther. Religious imagery. Rebirth. You get the idea.

The "Starboy" video had already been making headlines because it was curiously nominated for an MTV EMA before it was even released.

Tesfaye has previously mentioned that Amharic "will definitely be key" on his new album.

Others think the album's title, Starboy, is a little close to Wizkid's nickname.