Kenya Film Classification Board Bans 'The Wolf of Wall Street' 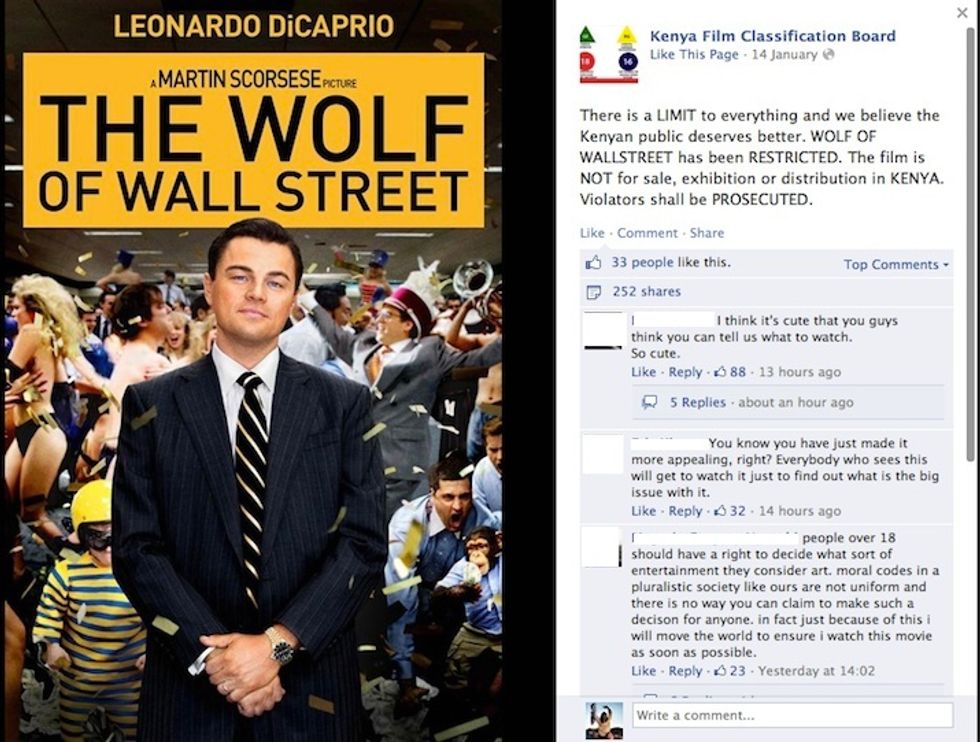 Late last week the Kenya Film Classification Board took to facebook to "ban" Martin Scorsese's The Wolf of Wall Street, his 3 hour+ latest saga of greed in the pursuit of the American dream. The KFCB, who "regulate exhibition of film content to the public," posted the following statement:

"There is a LIMIT to everything and we believe the Kenyan public deserves better. WOLF OF WALL STREET has been RESTRICTED. The film is NOT for sale, exhibition or distribution in KENYA. Violators shall be PROSECUTED."

KFCB's move has come with an online backlash, and not to mention, curiosity-induced publicity that has sparked a surge in viewership. We ourselves had  a few questions for the folks at KFCB. How do they plan on blocking online streams? Who gives non-governmental agents, such as themselves, the authority to decide what is and isn't right for consumption by the Kenyan public? How will they "prosecute" said "violators"? Before we had a chance to reach out to the board, NTV anchor Larry Madowo spoke with KFCB "Corporate Communication Manager" Evelyn Mbuni to ask these questions and more. Watch the insightful interview below.