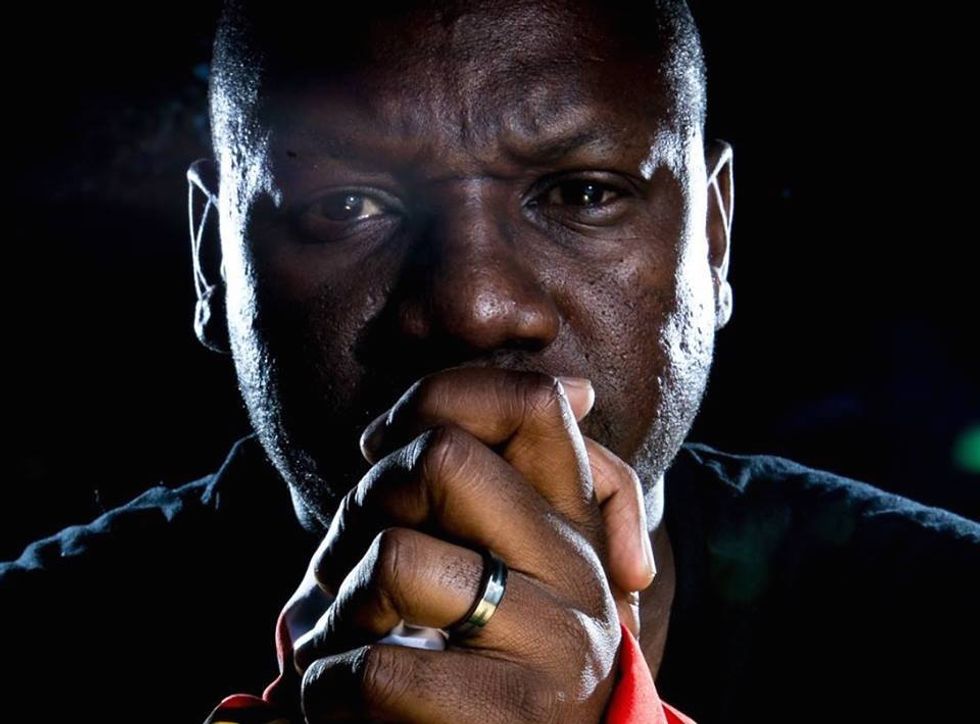 Pastor Evan Mawarire is the activist behind the #ThisFlag campaign in Zimbabwe, a movement that began in April when the 39-year-old Zimbabwean took to his Facebook page to voice his concerns in a video, captioned with the hashtag #ThisFlag, that's been viewed 150 000 times and counting. The hashtag #ThisFlag spread like wildfire and resulted in a complete shutdown last Wednesday across Zimbabwe's major cities. In the report below, Zimbabwean journalist John Cassim breaks down the facts surrounding Mawarire's arrest Tuesday morning in Harare.

Zimbabwe is headed for exciting times this week. On Tuesday morning, #ThisFlag campaign leader Pastor Evan Mawarire was arrested in Harare, for calling on citizens to stay away from work Wednesday and Thursday.

A few minutes after handing himself to the police, in the company of his lawyer, Harrison Nkomo, Mawarire was handcuffed, and his house and church office turned upside town, as police searched for incriminating evidence.

According to the warrant of arrest released by the lawyer, searches were conducted looking for police uniform, weapons, subversive material, mobile phone, laptop and more.

"A team of Zimbabwean police arrived home and told me they were looking for certain material, that’s when they presented to me the search warrant, after the search conducted in the presence of the lawyer, they left without taking anything,” Samantha Mawarire, wife to the arrested Pastor said.

Pictures of Mawarire arriving at the Harare Central Police and in handcuffs began circulating on social media, in solidarity with the popular pastor.

I am now at CID Law and Order at Central Police. I'm going in healthy and strong. Pray for me! #ThisFlagpic.twitter.com/KiS901k8jn

In his hands are his 2 weapons, his Bible and his flag. Chete. #ThisFlag@PastorEvanLive@263Chat@ThisFlag1980pic.twitter.com/NS2bWcKgXi

This created a lot of hype on social media with more than lambasting 92-year-old President Robert Mugabe amid growing human rights abuses.

“The regime is now working overtime to discredit @PastorEvanLive. Do not lose FOCUS,” said @ali_naka.

“As citizens we deserve to be heard please. We shouldn’t be punished for having concerns especially against OUR government,” wrote @CurateZim.

“Pastor Evan is in jail fighting for what we all know is a just war. He is risking limb and life so that we can be free again. The regime has responded in the best way they know, a way they have used for the past 36 years. They have always arrested and killed our brave soldiers at the front so that we remain cowered, docile and dominated.”

By midday, TechZim, a local Internet monitoring forum, tweeted that “Calls to #FreePastorEvan dominate Zimbabwe Twitter,” an indication the arrest of Pastor Evan had taken the Zimbabwean cyberspace.

Although Mawarire could not comment, his lawyer, Harrison Nkomo, confirmed government was detaining the popular pastor and preferring allegations of “inciting public violence.”

Mawarire is one of those activists who decided to face Mugabe head on regarding misrule, corruption, cash shortages, delayed salaries for government workers, police roadblocks and brutality.

Each campaign has its own name peculiar to its symbolic relevance, such as #ThisFlag, #Mugabemustgo, #Tajamuka (we are tiered), #shutdownzimbabwe2016.

On Monday night Mawarire posted a video on his Facebook calling for a stay away on Wednesday and Thursday this week, similar to the shutdown that crippled Zimbabwe on the 6th of July.

Coincidentally, government workers were disgruntled against their leader for late payment of June wages and on one-hand unions representing workers were also calling for a job action.

Vendors were also bitter with the import ban of basic goods such as groceries gazetted recently. That led to protests and Beitbridge Border was closed on Friday the 1st of July. Property worth thousands of U.S. dollars was destroyed.

The volatile environment persisted such that when the call to stay away was made Zimbabweans at large responded.

Hundreds of youths, including minors of school-going age, were arrested and only released on bail ranging between US$ 50 and US$ 100, throughout the country.

According to Crisis in Zimbabwe Coalition two people died during the turmoil last week.

“A minor and an adult passed away at Burombo Flats, Makokoba in Bulawayo yesterday after police fired teargas in the corridors at the flats in a clampdown on protestors who took part in last week’s #ShutdownZim campaign.

Although President Robert Mugabe admitted the country was facing challenges he blamed it all on the West for imposing sanctions. Mugabe said this during a night rally held in Bindura, regarded as Joyce Mujuru stronghold, 100 kilometers north of the capital.

Mugabe’s sentiments appeared he was far divorced from the reality on the ground such that vendors threatened to press ahead with protests.

“Yes we are happy the government has responded positively by lifting the import on some basic goods but we feel this is not enough. However we shall continue protesting because Mugabe sounds as if he is not aware of the real issues angering his citizens,” Sten Zvorwadza, Board Chairman of the National Vendors Union Zimbabwe said.

Subsequently Mawarire posted a video on his Facebook this Monday calling for Zimbabweans to boycott work and shut down the country.

“Fellow Zimbabweans I thank you for taking heed to the call last week to shut down Zimbabwe, but the issues remains the same, yes they might arrest me but they might never arrest poverty, corruption, late payment of workers salaries and the anxiety amongst citizens,” Mawarire said in his video Monday night.

However following his arrest more citizens are voicing and complaining of brutality on the part of the Mugabe regime.

“It is disheartening to note that government is responding in this manner against a pastor who is neither a politician nor a dangerous citizen,” political analyst Fortune Gwaze said.