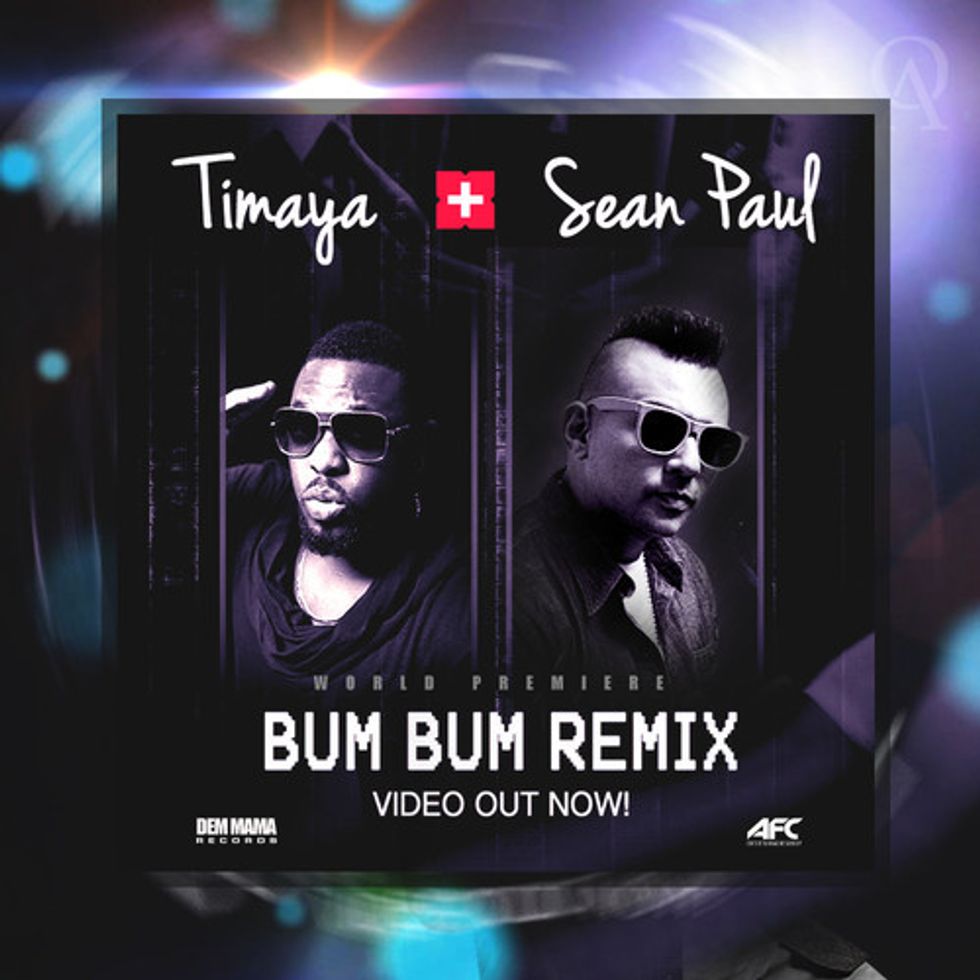 Nigeria's Timaya and Sean Paul team up on the 'Bum Bum Remix.'

Last month word got out that Nigeria's Dem Mama Records dancehall heavyweight Timaya was teaming up with Sean Paul on a remix of "Bum Bum," the massive joint off his 2012 full length Upgrade. Unveiled today, "Bum Bum Remix" is exactly the sort of collaborative banger music we'd expect from the dancefloor titans. Shortly after recording, Timaya joined Sean Paul in Miami for a video shoot with Shooter Films. Look out for that one soon. For now, listen to the "Bum Bum Remix" below.