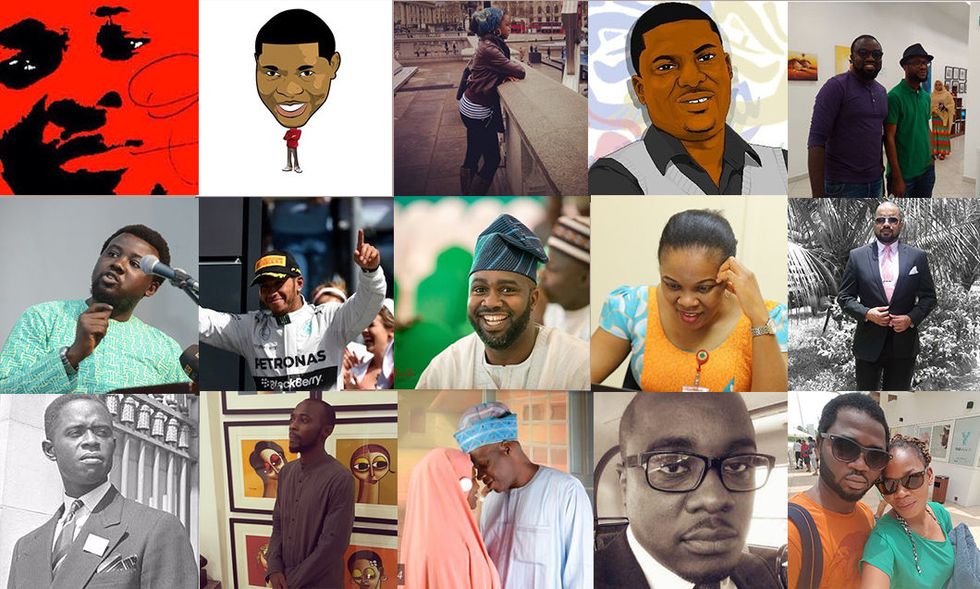 When it comes to all things Nigerian politics, these 15 Twitter accounts are the ones to keep a close eye on.

Nigeria’s sociopolitical landscape often seems like a maze dotted with never-ending fires—from he-said-she-said scandals to plot twists on corruption, recession and terrorism. You can’t feature market vendors or startup entrepreneurs on a vox pop without complaints about the government erupting. And the citizenry take to social media to vent, commiserate, analyze and understand.

In a continent that has outstripped the U.S. and U.K. in using Twitter for political conversations, Nigeria ranks second on the list of African countries that tweet the most. Certain young Nigerian Tweetizens are skilled at navigating the maze. These influencers hold no government positions and with their wit, intellect and followerships of over 10,000, they provide clarity for the lost and inundated.

Here they are below:

Zainab Usman is one of the cohorts of young professionals at the World Bank in Washington D.C. This accomplished “keen-eyed watcher of Nigeria” has provided expert commentary on BBC, Aljazeera and the Washington Post.

The great dialectic of Nigerian society: how to admit that we don't like each other, we're all complicit, but find ways of coexisting
— Zainab Usman (@Zainab Usman) 1472925304.0

...blaming the 'elites' is so intellectually lazy. 'The elites' are not Martians. Maybe there's no elite conspiracy but collective failure
— Zainab Usman (@Zainab Usman) 1472925441.0

In addition to aggregating news, Omojuwa has built his online legacy on being an outspoken critic of the previous administration of President Goodluck Jonathan.

Kakanda is a writer and poet who is often lyrical in his analysis and critique of the powers that be.

The Boko Haram is neither a creation of poverty nor insufficient education as presented by some analysts, but a corrupting doctrine.
— Gimba Kakanda (@Gimba Kakanda) 1474830741.0

This fierce #BringBackOurGirls advocate has a long history of activism, including participating in medical students protest in 1994 at Ahmadu Bello University in Zaria, Nigeria.

Imagine u sent ur daughter to school and two years later you see her on terrorists video with a child. That's the r… https://t.co/t2WUIySfoz
— Aisha Yesufu (@Aisha Yesufu) 1474896519.0

Sogunro is a witty social critic, entrepreneur and author of the book, “Everything in Nigeria is Going to Kill You,” which documents how average Nigerians survive in a dysfunctional society. In the tweet below he responds to a comment from Nigerian Vice President Yemi Osinbajo on President Muhammadu Buhari.

Except that Moses went up the mountain then came down to share God's policies but Buhari doesn't even talk to us. 😃 https://t.co/sUANzqzM1v
— AYO SOGUNRO (@AYO SOGUNRO) 1474870999.0

Known on Twitter as Mr. Aye Dee, Dan’Iyan is a security expert and editor-in-chief of the Boko Haram monitoring group 15 Past Eight Media. In spite of some controversy surrounding his dispute with famous Nigerian blogger Linda Ikeji, Nobel Laureate Wole Soyinka, and allegations of secret ties to the previous administration, Dan’Iyan has over 30,000 followers who value his opinions on the economy and the terrorist insurgency in Nigeria.

In 2012, Sesan was listed by CNN as one of the Top 10 African Tech Voices on Twitter. He is the Executive Director of Paradigm Initiative Nigeria, a social enterprise that helps disadvantaged youth by connecting them to ICT-enabled opportunities. He is passionate about Information and Communications Technology in Africa and you will find him outlining ICT opportunities in the Nigerian economy.

While he is not a mafia patriarch, @Ayourb dispenses paternal wisdom and wit on a sociopolitical climate than often seems stranger than fiction.

Even the best script writers combined together as one cannot write a better script. Nigeria is one huge drama theatre. One day, one drama.
— The Godfather (@The Godfather) 1448220515.0

In typical journalistic fashion, Abang-Asu curates top Nigerian news and events on her timeline, but every so often she drops truth bombs.

This digital strategist and self-proclaimed hedonist is “no respecter of feelings.” With candor and a self-deprecating humor, he dissects everything from tips to avoiding Gidi traffic to patriarchy in the Nigerian society.

Spending money on someone doesn't entitle you to their heart. You can even pay for their body but you can't buy real love.
— Chidi Okereke (@Chidi Okereke) 1474452947.0

Ozurumba is a social media maven, writer and self-help guru with inspiring and insightful messages on feminism and excellence.

Social commentator Babatunde Rosanwo serves 90,000 followers quips like the one below that are characteristic of his acerbic wit and intellect.

Follow this “erratic” writer, tech expert and four-eyed monk for polls, lists and questions on government policies and public concerns.

Lagos is Nigeria's best known city. Many people fromabroad want to visit it. What can be done to make it rank among the safest in Africa.
— HENRY Okelue (@HENRY Okelue) 1474888990.0

This anonymous Igbo teacher with a cover photo that features one of Nigeria’s founding fathers, Nnamdi Azikwe, draws attention to problems that continue to persist in Southeastern Nigeria.

We need to tell people who parade themselves as our "leaders", that we reward "tangible achievements" like infrastructure not "effort".
— Onye Nkuzi (@Onye Nkuzi) 1474924972.0

The evidence needed to support the thesis that "bridge building" is patent nonsense promoted by opportunists. We ne… https://t.co/FlAsNwoqGc
— Onye Nkuzi (@Onye Nkuzi) 1474395353.0

Olarewaju is a creative writer, a political analyst with a knack for deciphering political ploys and gimmicks.

This usually happens a day to elections so that all efforts can be harmonised. This APC maneuvre makes it difficult to reach our man.
— Demola Olarewaju (@Demola Olarewaju) 1474980068.0

Chidinma Irene Nwoye is a freelance journalist based in New York City and a graduate of the Columbia Journalism School. She has written for Slate magazine and the Village Voice and enjoys covering African affairs and the intersection between politics and arts and culture. Follow her on Twitter @irenecnwoye.