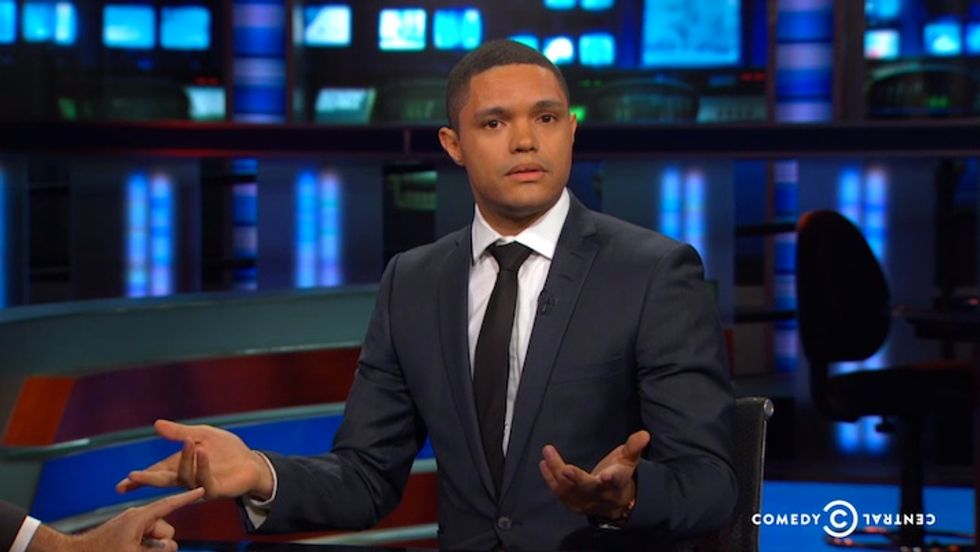 South African comedian Trevor Noah will succeed Jon Stewart as the next host of 'The Daily Show.'

Over the weekend we saw reports that Trevor Noah was on a short list to become the next host of The Daily Show. This morning the New York Times confirmed the South African comedian will indeed take over as Jon Stewart's successor. At 9AM EST on Monday The Daily Showtweeted "Very excited to welcome our next host: @Trevornoah! That's right - another guy in late night from Soweto." The tweet came with a link to an official press release, which reads:

Trevor Noah has been selected to become the next host of the Emmy® and Peabody® Award-winning The Daily Show.

Noah joined The Daily Show in 2014 as a contributor. He made his U.S. television debut in 2012 on The Tonight Show with Jay Leno and has also appeared on Late Show with David Letterman, becoming the first South African stand-up comedian to appear on either late night show. Noah has hosted numerous television shows including his own late night talk show in his native country, Tonight with Trevor Noah.

He was featured on the October 2014 cover of GQ South Africa and has been profiled in Rolling Stone, Newsweek and The Wall Street Journal, and by CNN and NPR’s Talk of the Nation, among others. He continues to tour all over the world and has performed in front of sold out crowds at the Hammersmith Apollo in London and the Sydney Opera House in Australia.

“You don’t believe it for the first few hours. You need a stiff drink, and then unfortunately you’re in a place where you can’t really get alcohol,” Noah told the Times by phone from Dubai.

The news comes just five months after Comedy Central first announced the Soweto-born media personality would be joining the cast of The Daily Show as a correspondent. In December Noah made his debut as "Senior International Correspondent" with a segment called “Spot The Africa." Since then he's appeared on the show two more times. "Sometimes it just feels like Africa is the Vegas of Islamic terror. What happens in Africa, stays in Africa,” Noah said in a brilliant segment following the tragedies in Baga and Paris in January. On March 19th he joined Stewart on a literal "Chess News Roundup."