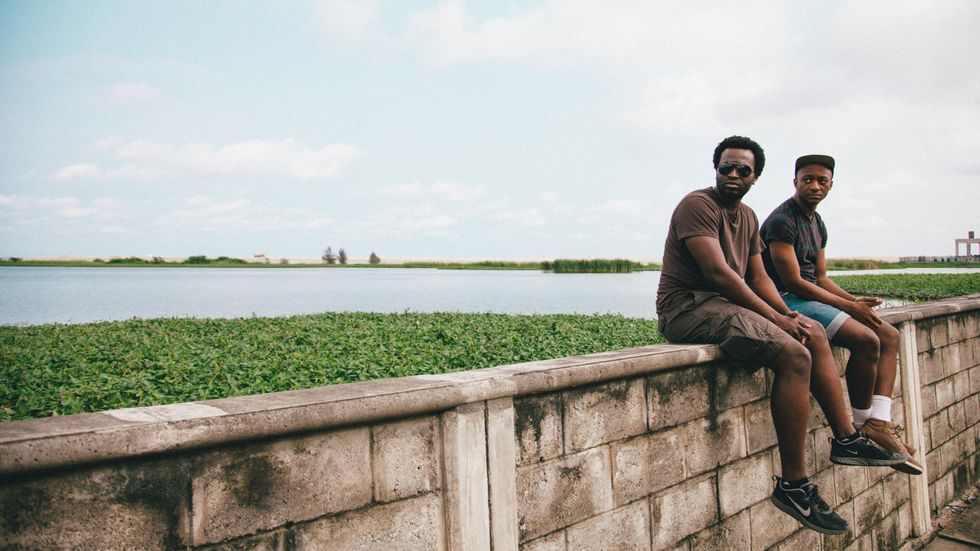 The film "Nigerian Prince" takes a deeper look at 419 scammers and it will soon be available in the States as part of a new distribution deal.

Get your popcorn ready because the film Nigerian Prince is getting a limited theatre release this fall through a new deal with Vertical Entertainment, Deadlinereports.

419 scammers have been a Nigerian trope for years, but an overly familiar narrative can become a more complicated story when it is told by the right director. Nigerian Prince is the debut feature film by Faraday Okoro about a Nigerian-American teenager who is forced to return to Nigeria by his parents and ends up joining email scammers to buy his ticket home. The coming of age thriller goes beyond the narrative of email scamming and explores the struggles and desires of first generation Nigerian-Americans.

This year the film gained attention after it won the AT&T Untold Stories prize that awarded Okoro $1 million dollars to produce the film. Okoro was also supported by influential figures like Spike Lee and Biyi Bandele who became executive producers for the film.

The film will now become available in the U.S. thanks to a new distribution deal with Vertical Entertainment that will give the film a limited theatrical release and a VOD rollout in the fall.

In a recent interview with OkayAfrica'sDamola Durosomo, Okoro talked about how the film is loosely based on his life, growing to love film making, and the adventures of shooting the film in Lagos.

Speaking about why this story became his first feature film he said, "As a first feature, especially one that's close to me—since I wrote it and was partly inspired by my upbringing—I thought this story's not readily out there, especially for a Western audience. I thought I could do it. I could make the type of film that I knew I would wanna see set there. Especially from a younger perspective. Because I'm young, my take on filmmaking is probably different from an older person's who might film it."

Look out for the film this fall. In the meantime, read about Okoro's journey in his OkayAfrica interview here.