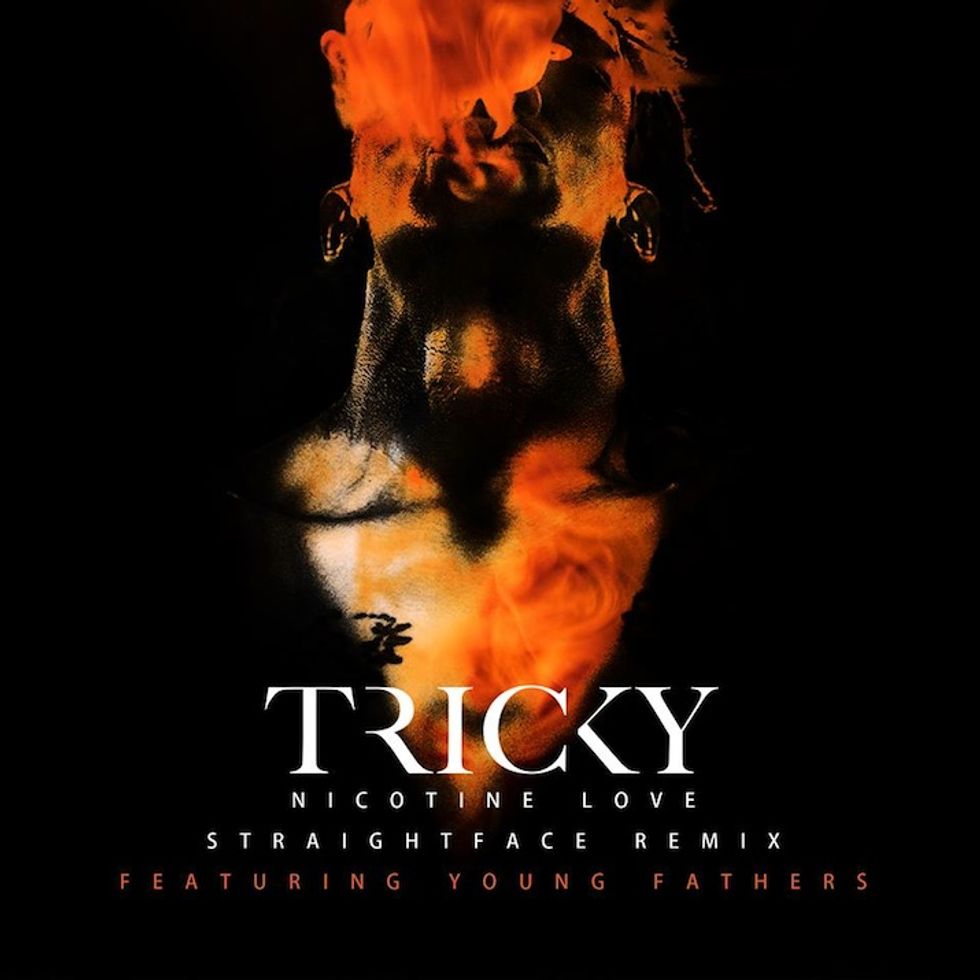 Listen to Tricky and Young Fathers team up on the 'Nicotine Love' (StraightFace Remix).

In February Young Fathers put out one of our favorite records so far this year with Dead, their ritualistic, haywire debut off Anticon/Big Dada. A forefather to the Nigerian/Liberian/Scottish trio's dark yet ethereal hybridized realm, Tricky is gearing up to release what we expect to be another of our favorite offerings this year. The trip-hop godfather's previous LP, False Idols, was heralded as his best effort since the genre's golden age in the mid-90s. Album standout "Nothing Matters" featured Nigerian songstress Nneka, who added her crisp vocals to the trotting electro-pop gem. Adrian Thaws (which takes its title from Tricky's birth name) is due out in September. "I suppose this is my club/hip hop album," says Tricky according to a press release. The record also sees a new feature from Nneka.

A few weeks back we got a taste of the lead single off the new album, "Nicotine Love," with Irish-Italian singer Francesca Belmonte. And now, even faster than we could say the words Player Xchange, Young Fathers have put their own spin on the original full-blown house track (a first for Tricky) with a nearly unrecognizable, downtempo "Nicotine Love (StraightFace) Remix." YF's Alloysious Massaquoi brings forth his signature superhuman falsetto as foreboding, whispery vocals flip the upbeat original into a piece of cinematic wondermusic. Listen to Young Father's remix of Tricky's "Nicotine Love" below and grab a free download here. Adrian Thaws is due out September 8th on Tricky's False Idols label via !K7.