Mugabe on the Run: Some of the Best and Worst Twitter Reactions To Grace Mugabe's Assault Allegations 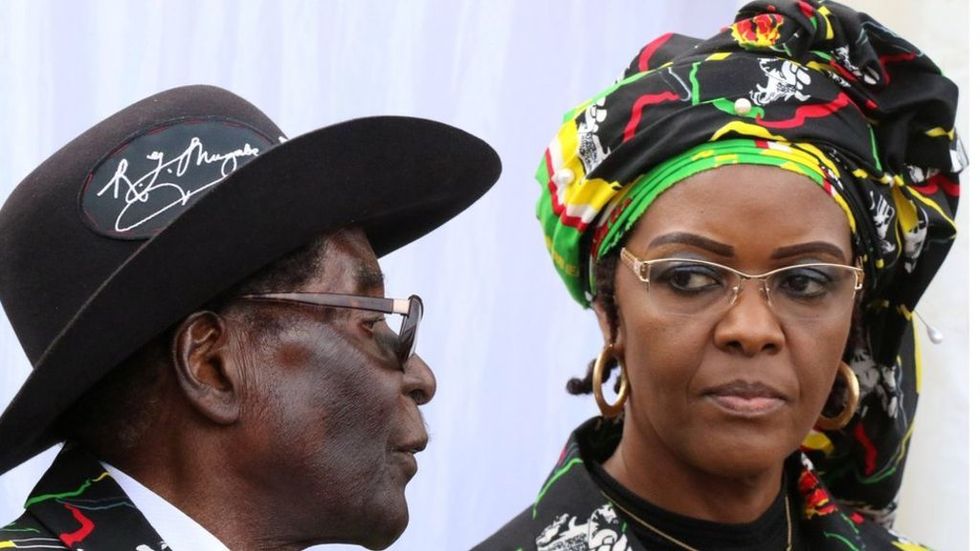 The internet is on fire with news of Grace Mugabe's assault on 20 year-old South African model, Gabriella Engels. Here's what folks are saying.

In case you haven't noticed, Grace Mugabe's name has been in the news non-stop recently.

The first lady of Zimbabwe was accused of assaulting 20 year-old South African model, Gabriella Engels last Friday, and new details have been unfolding ever since.

Most recently, South Africa issued a "red alert" in order to prevent Mugabe from leaving the country and escaping prosecution.

On Thursday it was reported that legal counsel for the victim will be provided by Afrikaner "white rights" organization, AfriForum.

As you can tell, the situation is messy.

There seems to be a new development nearly every hour, and people are sharing their thoughts on the events that are taking place around the incident across social media.

There's been an outpouring of reactions to the Mugabe whirlwind across Twitter especially— some are quite hilarious.

For the most part, people are intent on seeing Mugabe stand trial for her actions. It seems we've all had it with seeing powerful people get away scot-free with doing shitty things.

When you get offered love by one of the Mugabe sons. Isssaaaaa No. #GraceMugabepic.twitter.com/6Asdx4lLD9

See how the consequences of imperial impunity have knocked on Grace Mugabe's door. She has to stand trial for assault in a foreign Country.

South Africans when they heard that Nel is going to prosecute Disgraced Mugabe #GraceMugabe#Afriforumpic.twitter.com/j4qoWKgTyN

The people of Zimbabwe will not hold a grudge about prosecuting 'Dr' Grace Mugabe. We respect the rule of law 😂😂😂#GraceMugabe

A whole #GraceMugabe who donated size 13 adult shoes to toddlers is expected to have sense??🤔🤔 pic.twitter.com/gNfRYXqwm1

If your mother is a criminal like #GraceMugabe don't say all black mothers are like that speak for your mother not ours please!

Where is Grace Mugabe? pic.twitter.com/dWjhlD1kyu

Practice what you preach my dear and face the music #GraceMugabepic.twitter.com/dbPS84odZL

Side note: it's hard to keep up with all the insanity in the world right now -- but WTF is going on with Grace Mugabe?

Imagine having to support the #Afriforum with the #GraceMugabe saga because the ANC is just letting us down with everything at this point pic.twitter.com/HFlzF6yi63

This is the time Grace Mugabe should have sounded alarm bells and take charge of her motherhood. pic.twitter.com/syI5qIE8C6

A man assaulting a woman is assault isn't it? Well, a woman beating up a woman is STILL assault. pic.twitter.com/zbEK9VC5q2

While most folks believe Mugabe should be prosecuted, many are also expressing their discontent with AfriForum's involvement in the case. After all, AfriForum is a known racist organization.

Afriforum cherry picked the Grace Mugabe case to settle scores over land expropriation from whites in Zim. We're not fooled.

Some believe their decision to represent the victim is a distraction from the larger matter at hand.

1. With AfriForum now on the scene, expect Zimbabwe's state media to pick up the story, with Grace Mugabe as a "victim of white conspiracy"

Even if Gabby is repreented by satan, I still want Grace Mugabe to face the full wrath of the law #Afriforum#gracemugabe#NoToViolence

It seems that most people hope that justice will be served, but not everyone is optimistic.

People who believe #GraceMugabe will be arrested are leaving in another SA....