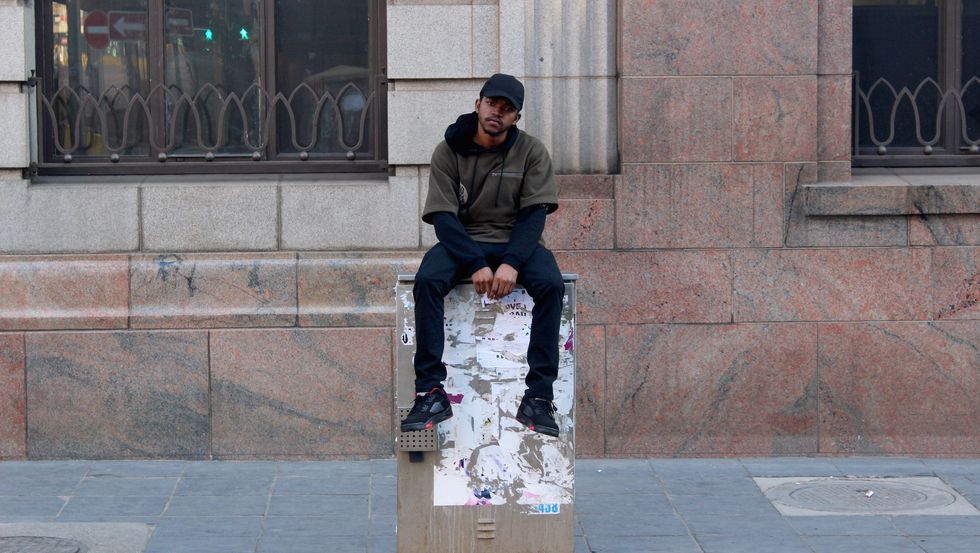 We get to know South African musician and computer science student Una Rams.

“Una Rams is a small town kid that’s just trying to express himself through music,” Una Rams tells me over the phone. Like Kid Cudi before him, the South African musician is fit to become the voice of a generation. He’s got relatable stories to tell and pop sensibilities that give him a mainstream edge.

Born into a Christian family in Makwarela, a small town in Limpopo, Una moonlights as University of Pretoria computer science student Unarine Rambani. At 20, he's in the prime of his academic career–he's about to finish his undergrad studies and likely continue on to his postgrad. His music, meanwhile, is just taking off.

Una’s Pink Moon EP was on heavy rotation at the Okayafrica Jozi offices this winter, specifically the B.O.B.-esque lead single, “Nobody,” which Una says was inspired by a crush.

“I like telling a story, which doesn’t necessarily have to be my story,” Una tells me. “It’s just nice to feel that you’re not the only one in the world.” That’s what he says his songs are really focused on.

Una, whose galactic sounds pull from a hybrid of genres, looks towards reggae and dancehall on his heartbreak-inspired new single, “Girls Like You.”

If the young singer, songwriter, producer is to really “make it,” he’ll have done so without sacrificing his studies. Education, after all, runs in his veins. His parents started out as teachers before moving up in the ranks of South Africa’s Department Education, where they still work today. And the Rambanis have plenty reason to proud–Una was one of the top academic achievers in Limpopo his graduating year, finishing in the top 30 amongst matriculates.

Above all, Una hopes to inspire his fellow South African youth to remain steadfast in their commitment to education: “I want the youth in South Africa to realise that yes they can achieve their goals, but it doesn’t mean they have to forsake or leave their education.”