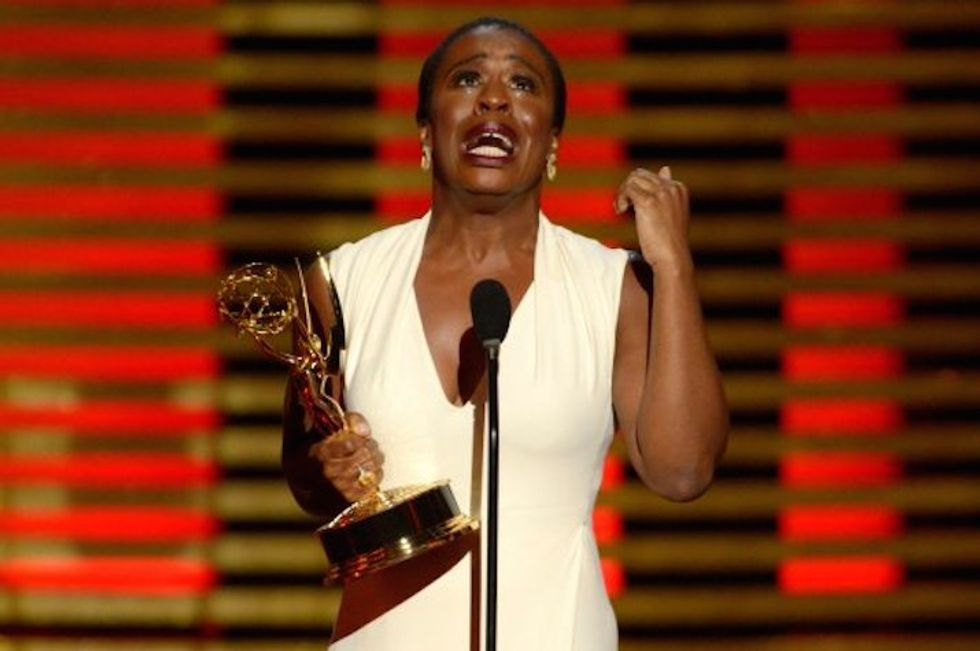 Nigerian-American actress Uzo Aduba of Orange Is The New Black wins the Emmy for Outstanding Guest Actress in a Comedy Series.

Nigerian-American actress Uzo Aduba emerged victorious this past weekend after winning an Emmy for her portrayal of lovable oddball Suzanne 'Crazy Eyes' Warren on the hit Netflix series Orange is The New Black. Aduba, who celebrated her first nomination and win, beat out co-stars Laverne Cox and Natasha Lyonne to nab the award for Outstanding Guest Actress in a Comedy Series, the first black woman to do so since the category was created in 1989.

Though Aduba initially read for the role of sporty Litchfield inmate Janae, she was called back by the show's casting director to audition for the breakout role of Crazy Eyes, a move that proved its prescience with the win on Saturday night. Speaking candidly at an exit interview minutes after receiving the golden statuette, a visibly emotional Aduba expounded on the significance of her mother's presence during the historic moment:

"It means everything to me. We're talking about a woman who survived polio, a woman who survived civil war and genocide and sacrificed so much to come to the United States for her five children to have a chance.[...] My mom named me Uzoamaka which means 'the road is good' because the road indeed was a good one despite its challenges for her."

Watch Aduba's backstage interview with the press where she talks more about getting ready for the big ceremony, and her experience working with show creator Jenji Kohan below. The Creative Arts Emmy will be telecast on primetime television on August 25th.