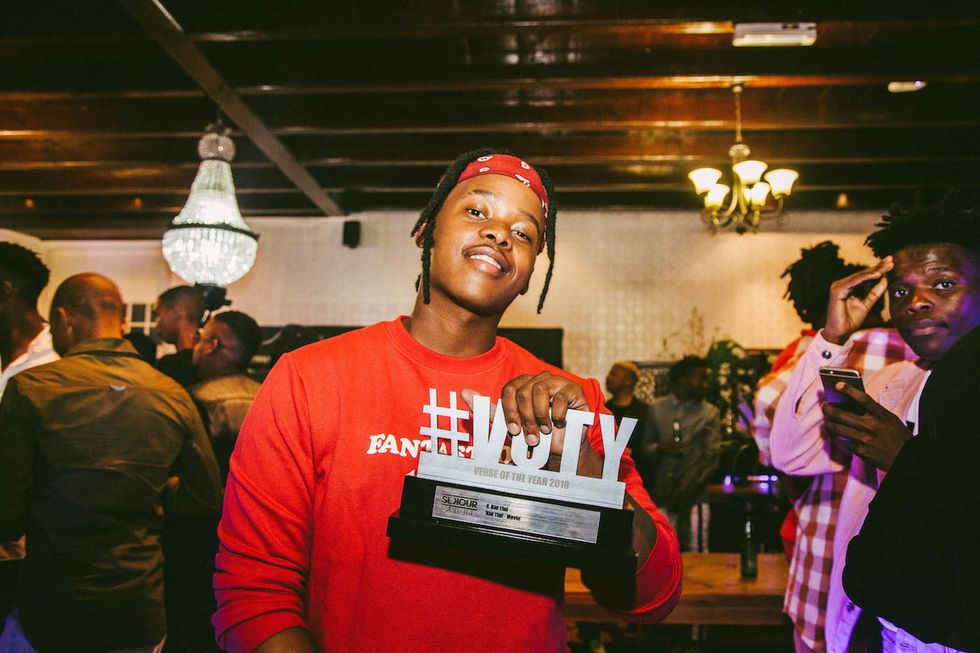 Here's the full list of winners of the Verse of the Year Awards.

Last night, Slikour on Life and Stogie T gathered the hip-hop community for a celebration of penmanship. The second annual Verse of the Year Awards presented the 10 best verses of 2018.

During the course of the year, Stogie T selects outstanding verses from South Africa's lyricists in his Verse of the Month vlog which is hosted by the website Slikour On Life.

Speaking at event, the MC recalled how the Verse of the Year Awards was an initiative he started on Instagram a few years ago. "And Slikour was like, 'this is powerful, let's give it a bigger platform.'"

Nasty C took the ultimate award for his verse on Boity's "Wuz Dat?" single. Other winners included A-Reece, Captain, Zakwe and Jovi Slash., among others. Promising lyricist Touchline took the people's choice award, which was voted for by the public on Twitter prior to the award show.

Read: Why Nasty C is The Greatest South African Rapper of This Generation

The best verses were decided upon by a panel of judges including Stogie T himself, veteran rapper Zubz, writer and editor of The Plug Mercia Tucker and OkayAfrica staff writer Sabelo Mkhabela.

"You don't have to agree with our list, just as long as we are having a cinversation about bars," Stogie T said during the event.

Jovislash for "The Dagga Song"

Captain for his verse on Bona V's "The ReUp"

Reason for his verse on DJ Kaygo's "Father Figure"

A-Reece for "Couldn't Have Said It Better Myself Pt. "2

Kwesta for his verse on DJ Sliqe's "Biskop"

Nasty C for his verse on Boity's "Wuz Dat?"

Watch a video of the event's highlights below and another of how the list was decided on underneath.

How The Best Verses Of 2018 Were Determinedwww.youtube.com