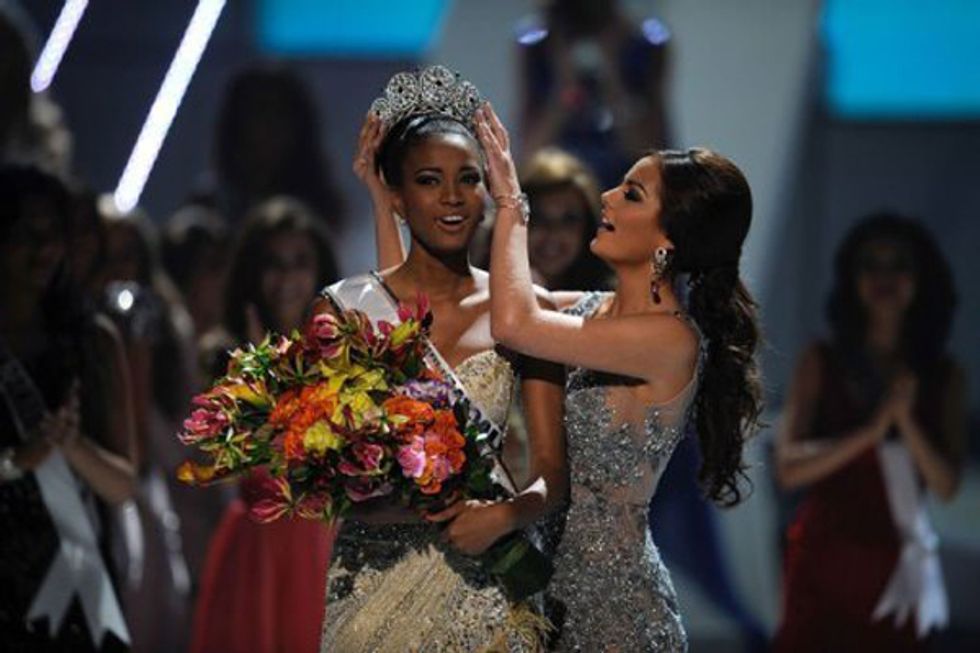 Miss Angola, Leila Lopes, was crowned Miss Universe on Monday in Sao Paulo, Brazil - effectively making her the most beautiful woman in the world. Women from 89 countries competed for the title but Lopes came out on top! Angola boost!

For example, what does a bikini contest imply about whose notion of beauty the contestants are being judged by? The stereotypical Western male? Celebrity judge, Connie Chung wants us to keep in mind that "these women are not objects to be looked at. They're to be taken seriously," but I wonder if Chung has ever seen the interview with last year's Miss Angola, Jerema Ferraz. At the one minute mark in the video below, Ferraz begins to talk about the difficulties of the civil war in Angola when the video cuts out and she's asked to make sound effects. For real, like animals and car engines.