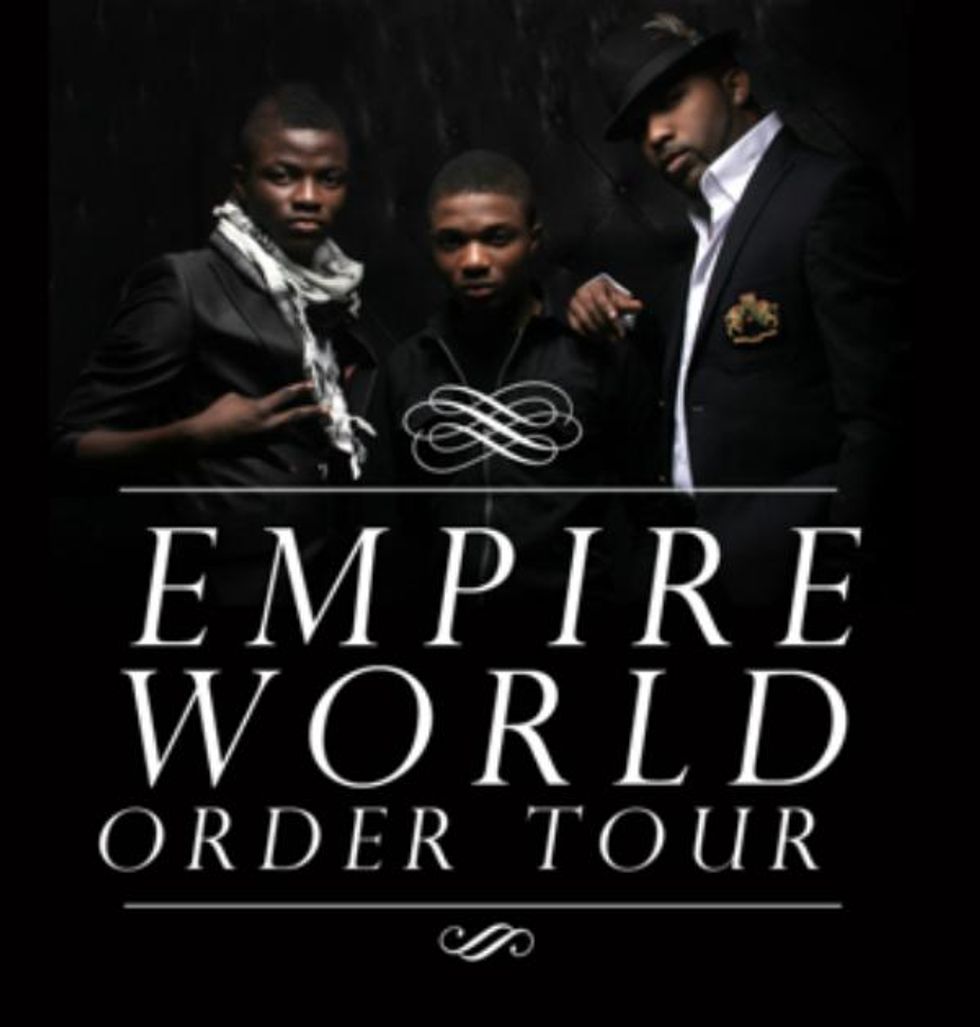 The 2011 Empire World Order Tour will be headlined by the EME (Empire Mates Entertainment) All-Stars from Nigeria, which consists of award-winning songwriter, singer, producer and multi-platinum R&B superstar Banky W, WIZKID and rapper and wordsmith Skales. They will be accompanied by a live band, background singers, and full stage production at each show. In each city the EWO Tour, along with the “I AM CAPABLE Foundation” (EME’s charitable foundation), will present awards to individuals and/or organizations whose works have impacted the community.  The video for Banky W's major hit "Lagos Party" can be viewed above, along with the tour dates and locations after the jump.